My Film Friday post Yashica FX-3 Super 2000 mentioned that I was planning on writing reviews of the labs that will be processing the film I’m shooting in my Contax and Canon cameras. I also mentioned that planed to write Film Reviews, looking at the performance of various and different kinds of 35mm and 120 film emulsions, such as today’s (no kidding) Frankenstein film. 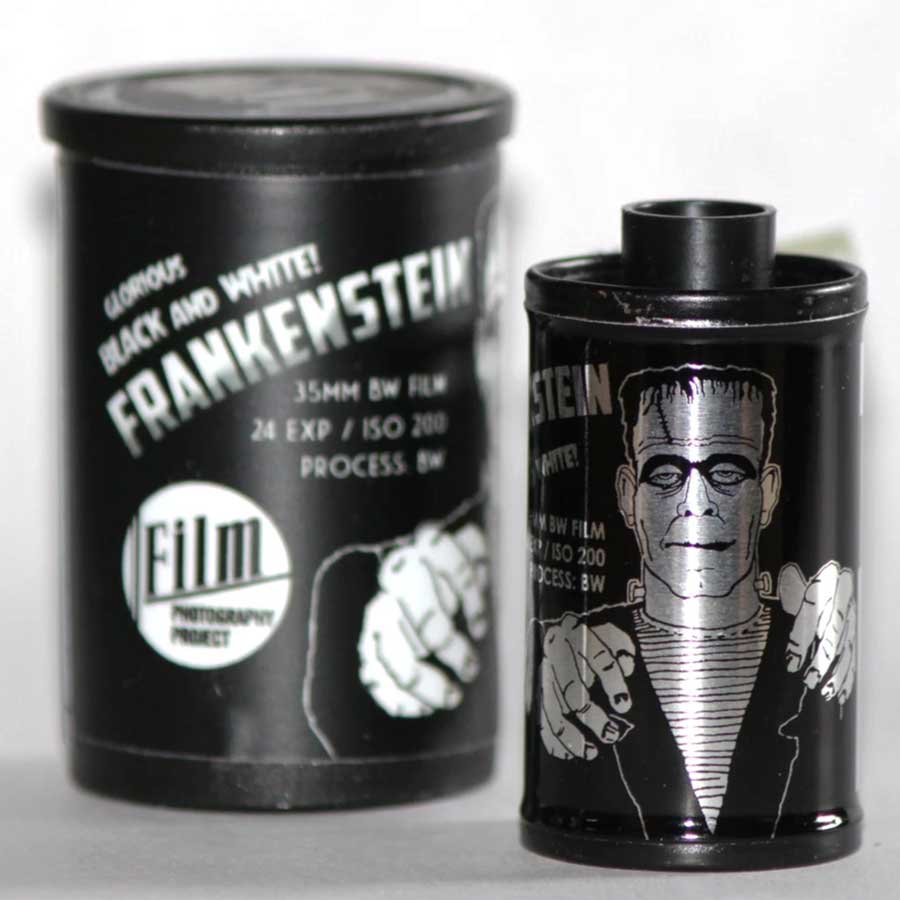 Since it’s October, you can make every day Halloween by shooting with Frankenstein film from the Film Photography Project. This film is available in 35mm-36 DX-coded cassettes ($10.99) or medium format in 120 ($10.99) and 620 rolls ($12.99.) On October 3rd, I ordered one roll of the 35mm film that I plan to shoot in my new (43-year old) Canon AE-1 35mm camera along with a roll of 120 film that I’ll be shooting in my gold-trimmed Seagull 4A-107G Limited Collector’s Edition medium format TLR. Look for my field test soon after I receive the film.

Frankenstein is a medium speed, medium grain panchromatic black and white film that’s formulated based on the Film Photography Project’s Cine16 BW motion picture film emulsion and is said to deliver a wide tonal range along with the ability to be processed using standard black and white chemistry and techniques (see below.) TPP says it’s “guaranteed to make your photos come alive!” 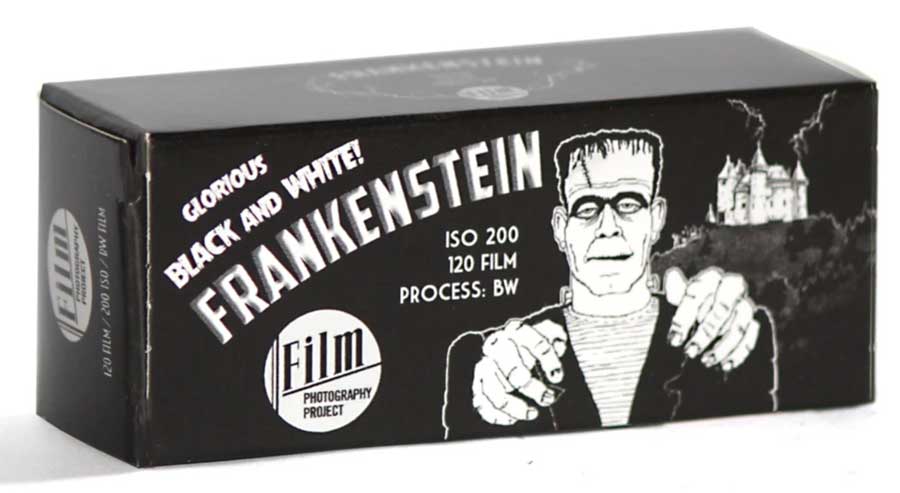 Info: The Film Photography Project’s Cine 16 BW 100 Negative is a black-and-white negative film (triacetate base) with medium to low grain and high resolving power. This black and white negative film has a speed rating of ISO 100 (different from Frankenstein.) Because of its wide exposure latitude the film gives excellent results (as ISO 40) or underexposed (as ISO 400) without any change in processing. Hence, I guess, Frankenstein’s ISO 200 rating.

Look for the results of my shooting both films in two completely different cameras in upcoming post or two: Some will describe the shooting experience, the other(s) will be a Lab Report about how the processing went.

Developing Info:
You can process the film yourself (see suggestions below) or send it out to TheDarkroom.com which is what I plan to do.

UPDATE: I ordered the film from The Film Photography Project on October 3rd, it arrived, in good shape—I was worried about USPS handling—on October 12. More later,,,

If you enjoyed today’s blog post and would like to make a small donation ($2.50) so I can buy more new and different kinds of film, have them processed and write about them on the blog please click here. And if you do, many thanks.