Cropping is One of the Most Creative Tools a Photographer Has

A poorly cropped photograph has TMI: Too Much Information.

Let me repeat myself: Cropping is one of the most Creative Tools a Photographer has 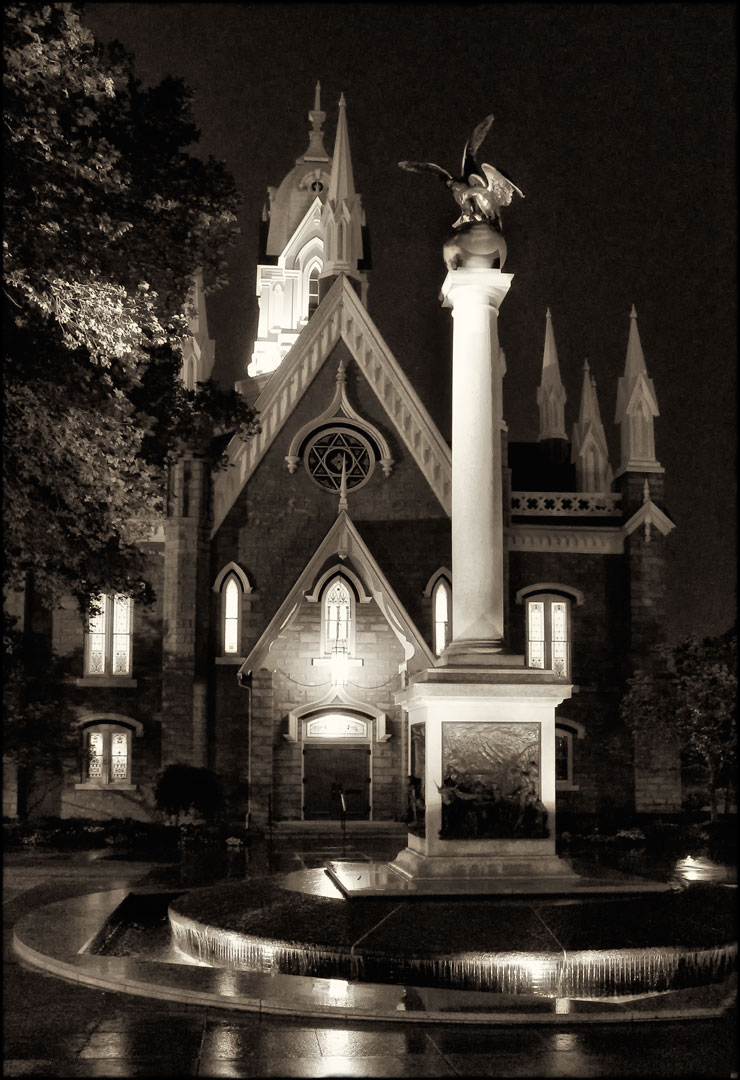 My philosophy about cropping was also influenced by the late Leon Kennamer, who once told me during a week-long class at the PPA’s old Winona school to be sure to “get it on the negative.” By that he meant the image on the film should represent the final photograph you deliver to the client for them to hang on the wall.

Two of my friends, who are outstanding portrait photographers, crop their subjects loosely in-camera often capturing edges of the background, lightstand and sometimes even a studio light within the frame, before cropping the final image into a shape that may or may not have any relationship to that of the original file.

How Mary made this photograph: Mary made this photograph, originally in color, in Salt Lake City while assisting me for a review of the former print edition of Shutterbug. She used a Canon EOS Rebel T3 with EF-S18-55mm f/3.5-5.6 IS zoom lens (at 20mm) and also used her feet to get the cropping that she wanted. I converted the file to monochrome with Silver Efex Pro and used some additional filters from Color Efex Pro to turn her image an homage to English photographer Frederick H. Evans (1853-1943) known for his platinum prints of medieval cathedrals in his native England.

My approach to making photographs has translated into a personal aversion to cropping that goes back to time I spent shooting film, especially slides, but according to my horoscope—I’m a Gemini— I may be doing more in the future. Perhaps for far too long I considered the 3:2 rectangle to be sacred. And that, to this very day,  is still my default shooting crop with my DSLRs and mirrorless cameras, not the 4:3 that is “standard” for cameras in the Micro Four-thirds system. Yes I realize I’m throwing away resolution but that’s true no matter how and when you crop, isn’t it?

If you shoot with a zoom lens why not use it to frame the image exactly the way you want before tripping the shutter? If you prefer using prime focal length lenses, use your feet as a zoom and move around to get the subject framed exactly the way you want. Often taking a single step closer to our subject will improve the composition more than you might think. Don’t forget what Ernst Haas once said, “The most important lens you have is your legs.”

But still, a person can change one’s mind as you get older and these days I tend to crop my images, especially portraits, more often than I did in the past. I’m gradually getting over this kind of thinking partially because of Instagram’s 1080 pixel limit, which brings the image format closer to the 4:3 ratio. But sometimes this idea of not cropping can be carried to extremes, as evidenced by the SOOC movement or as Seinfeld once said, “not that there’s anything wrong with it.”

Along with photographer Barry Staver, I’m co-author of Better Available Light Digital Photography that’s available from Amazon for $21.49 prices with used copies starting around nine bucks, as I write this.