“Photos have no narrative content. They only describe light on surface” — Garry Winogrand 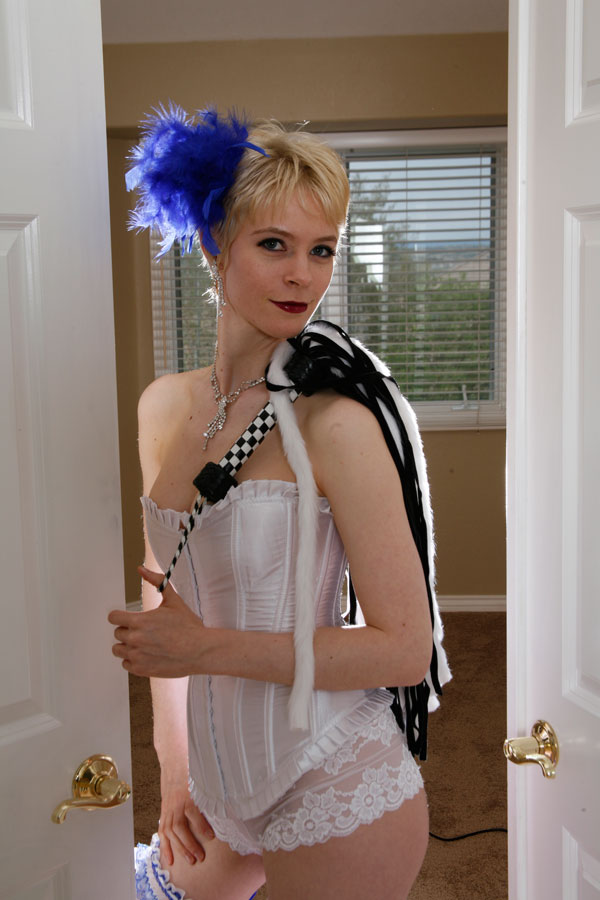 The biggest upside to me  of using an LED source as a modeling light in a studio flash is that there are no more bulbs to lose or break. An LED also saves energy and lasts longer than the incandescent or quartz bulbs that are typically used but the downside is that some of them are visibly dimmer than the lamps typically used in monolights that I’ve tested in the past.

Because output from some LED modeling lights can be dim, it can be tricky to see the effect of using reflectors when there’s high ambient light. In a dark studio—my home studio is semi-dark, depending on the outside weather—it’s not as much a problem. To be fair, not every LED modeling light I’ve used.is dim/

The LED modeling lights that are used in Paul C Buff’s DigiBee’s, for example, are bright and appear to be an exception and I’ve also noticed that high-end lighting systems such as those from Broncolor are brighter. 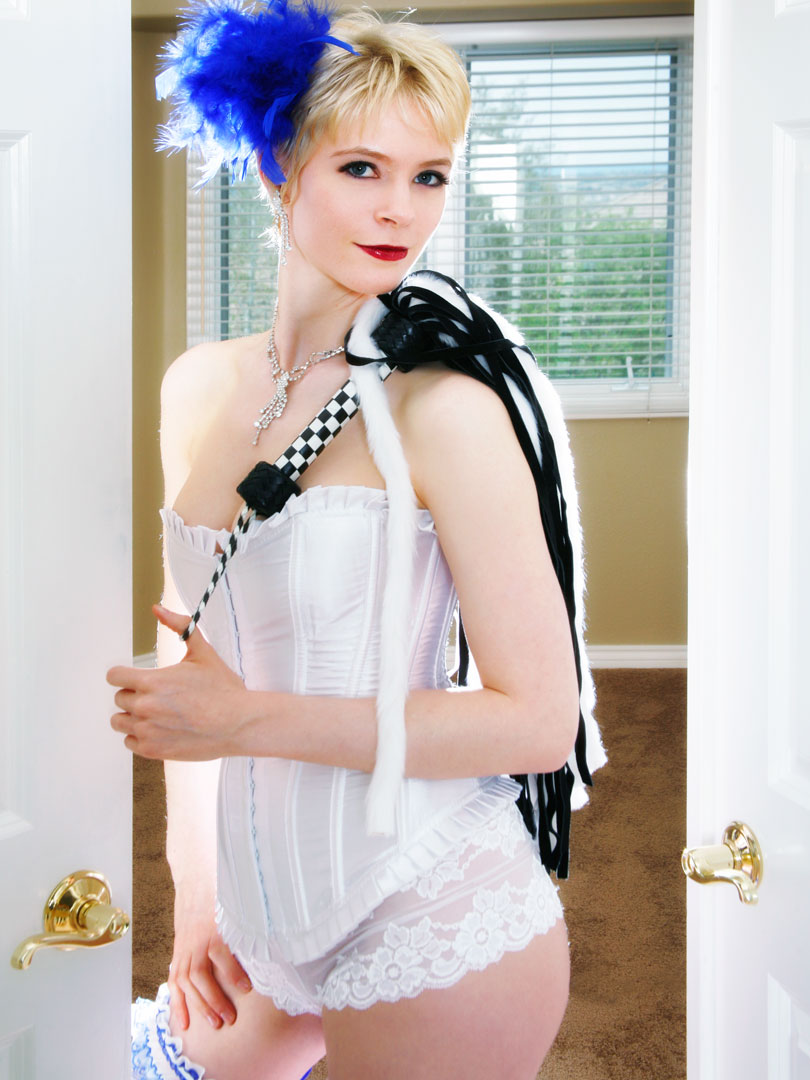 Tip: When moving a reflector watch where the main light is located but as you move it pay attention to the shadow side of the subject’s face—ignore the other side—and you’ll get it where you want i to be, regardless of the type of modeling light used.

The second problem relates to autofocus and that depends on how well your camera focuses under low light, low contrast situations.

When I was testing Flashpoint’s DG monolights for the former print edition of Shutterbug, the only problems I encountered with their LED modeling lights was when shooting with my EOS 60D in Live View mode, which tends to focus slower in low light anyway. When shooting through the viewfinder—no problem.

How I made this shot: Instead of using the EOS 60D, which for a long time was my go-to camera for studio work, I shot this quasi B&D portrait of Pam Simpson with my old-but-still-works EOS 5D Mark I. Lens used was the EF28-135mm f/3.5-5.6 IS USM that was shot at 53mm.

I photographed Pan in the french doors that open into my home’s guest bedroom using two (no longer available) Flashpoint’s DG monolights. One of the monolights was located on the landing directly behind my shooting position with the affordable ($29.95) Paul C Buff white 51-inch PLM umbrella mounted. A second DG monolight with the standard reflector attached was placed inside the guest room (I had to clone out the power cord) behind Pam and at camera left.

The original exposure was 1/100 sec at f/13 and ISO 200. That turned out to be slightly underexposed; see the original, unretouched file above right. This was corrected in my later shots to 1/100 sec at f/10 and ISO 200 but as Murphy’s or was it Farace’s Law often states, “I liked her pose and expression on this shot.” I corrected the portrait using my Underexposed Portrait Technique and then used Photoshop’s Transform>Skew command to straighten out the left door edge. My OCD made me do it.  My normal regime of retouching and enhancement tools was used to complete the images. See any recent glamour/boudoir post to see how I do that kind of thing.

If you’re interested in learning how I shoot portraits and how I use cameras, lenses and lighting in my in-home studio and on location, please pick up a copy of my book Studio Lighting Anywhere that’s available new from Amazon.com for $23.09 with used copies starting at $2.23 used, as I write this, which seems like a heckuva deal. The Kindle version is $19.99, if you prefer a digital format format.