Well, That Didn’t Go As Expected…

In a previous blog post, I mentioned problems I was having with my otherwise dependable Panasonic Lumix GH4. I love shooting portraits and glamour with it in the studio with its aftermarket battery grip and sharp and image stabilized Lumix G Vario 14-45mm f/3.5-5.6 lens. But last year during every studio portrait session, after shooting about 100 exposures the camera would make a loud beep and crash. Initially the image I just made was intact but as the problem continued I lost the photo I just made when it shut down. When I turned the cameras back on, it would only work for a few exposures before crashing again. 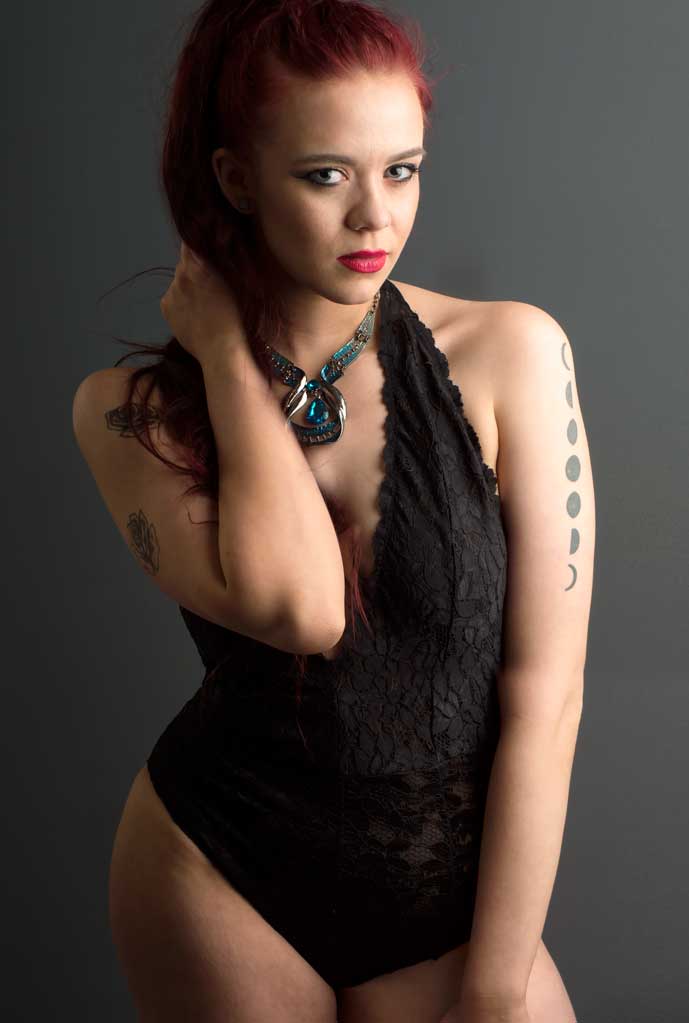 When last we visited this topic, Panasonic had diagnosed the problem as a battery issue and to some extant that made sense. After all, according to Wikipedia, “Lithium-ion batteries age. They only last two to three years, even if they are sitting on a shelf unused. ”

My friend Mark Toal kindly loaned me a new battery, which I appreciated. After all, a new Panasonic 7.2V, 1860mAh DMW-BLF19 Rechargeable Lithium-ion Battery Pack costs $59.99. Doesn’t that price seem a bit high to you? But Panasonic has warned against using third-party batteries, so I haven’t tried that solution.

Fast forward to this past Thursday, when I had a portrait session scheduled with the lovely Ashley Hannah (at right.) The day before the shoot I charged the new DMW-BLF19 and noticed the charger indicated it was fully charged after ten minutes or so. I left it on charge for another hour or so just in case. I backed up in other ways for the shoot: Firstly by charging my original and presumably worn out battery but secondly by charging the battery in my Olympus E-M5 with new (to me) HLD-6 grip to use if all else failed.

Ashley Hannah is a delightfully beautiful model to photography but right around the 120’th exposure, the camera crashed. A few minutes later, it crashed again, so I replaced the new battery with the original (and presumably worn out) battery and shot another 138 exposures without incident. When I posted the above photograph on Instagram on Thursday (follow me at @joefarace) I got a call informing me that a refurbished GH4 was on the way. If this camera works OK, I will be able swap it for my defective GH4. If that doesn’t solve the problem then the cause must lie somewhere else. As before, I will keep you updated.

Update: Two years after my shoot with Ashley Hannah I was photographing the wonderful Internet model Maria Cedar and the same problem happened again. This time it was with the Lumix GH4 having the current firmware and two freshly charged batteries installed; one in the battery grip and one in the camera body. Calls to Panasonic yielded a diagnosis of older, slow memory cards. I replaced it with fresh, fast SanDisk Extreme Pro SD cards and then the caronavirus crisis hit causing Ms. Cedar to cancel her trip to shoot with me. As I write this, many Colorado counties have shelter-at-home policies in place, so I can’t get a local model to photograph and see if the new SD card does the trick. Stay tuned.

If you’re interested in learning how I shoot portraits and use cameras, lenses and lighting in my in-home studio and on location, please pick up a copy of Studio Lighting Anywhere which is available new from Amazon.com for $22.75 and starting at the bargain price $2.33 used, as I write this. The Kindle version is $19.99 for those preferring a digital format.