All modern cameras have some kind of built-in light meters and some even have a spot metering function but I still occasionally still use a hand-held meter, especially when photographing people outdoors. 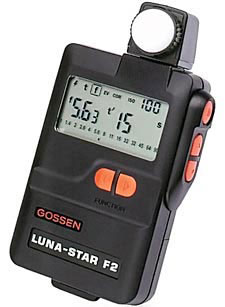 My current hand-held meter is the (no longer available) Gossen Luna Star F2. Yes, it’s old but it’s also small, lightweight and takes reflected or the incident readings that I like to use when making outdoor portraits like the featured portrait of Krystyne. Incident metering reads the intensity of light that’s falling on the subject, rather than what’s reflected by it. The meter also measures flash, making corded or non-corded flash readings in my studio. The Gossen replacement for this meter is the GO Sixtomat F2 Exposure Meter and if my Luna Star F2 ever failed, I’d replace it with that meter. 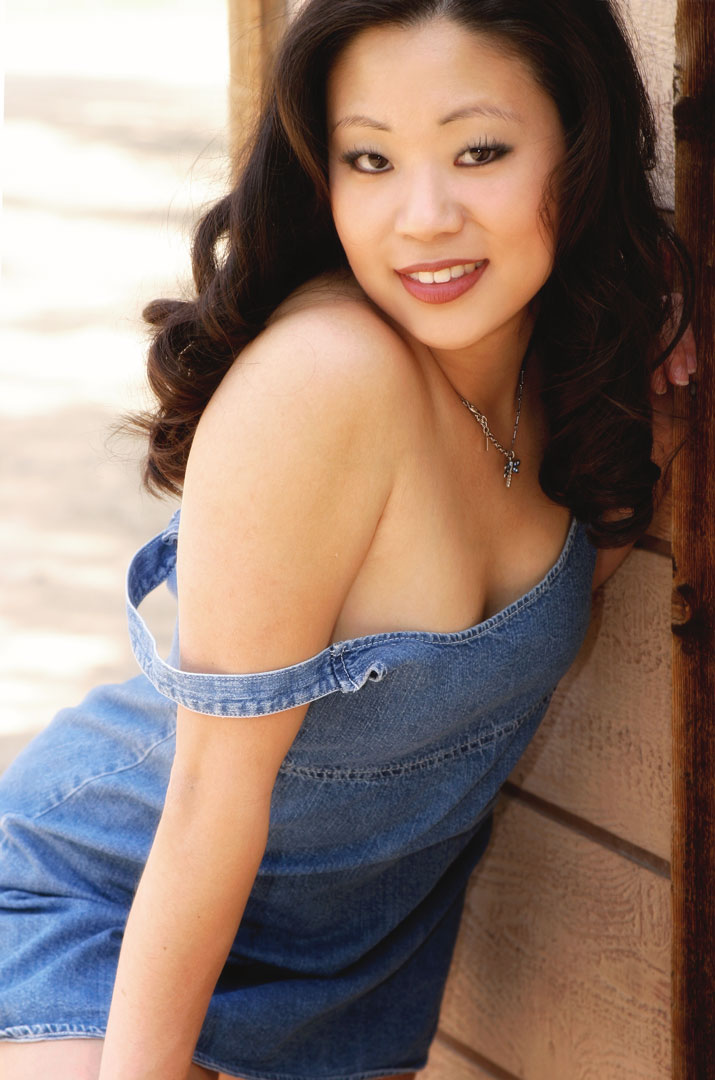 ip: If you don’t own a hand held meter but have a smartphone, consider Pocket Light Meter, an iPhone app that lets you to use your phone as a light meter. Don’t know about Android, sorry.

While working with portrait subjects, I like to measure the light on both sides of a person’s face to determine the lighting ratio.

There are all kinds of rules of thumb telling you what the ideal lighting ratio is but Renaissance painters used a technique called chiaroscuro that featured ratios that would make most studio photographer’s hair stand on end but created art that has transcended the centuries. The “right” ratio—for you—will vary depending on the shape of the subject’s face and the look you want to produce for the final image.

How I made this shot: This portrait of Krystyne was shot using a Canon EOS 50D and one of my favorite lenses, the versatile EF 28-105mm f/3.5-4.5 II USM lens (at 105mm) that I stupidly sold. It’s been discontinued by the manufacturer but you can pick up used versions of this lens from many sources, including KEH Camera and Amazon.

The camera’s pop-up flash was used for a final exposure of 1/200 sec at f/5.6 and ISO 200. Image was originally captured as a JPEG file, before I fully embraced RAW+JPEG capture. It was retouched and processed in Vivenza and Color Efex Pro.

Krystyne is one of the many wonderful models that I’ve photographed and who appear in my book Available Light Glamour Photography that’s available from Amazon with new copies selling for just $19.62 and used copies starting at $9.99, as I write this. Kindle copies are $16.99 for those preferring a digital format.