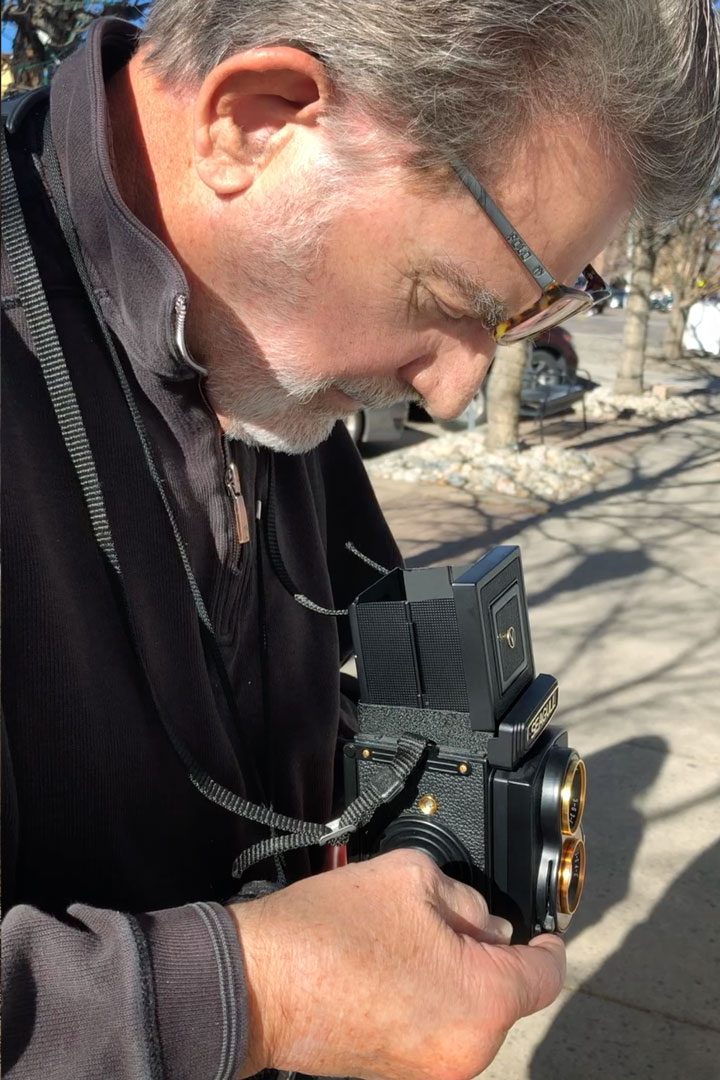 It was a beautiful spring day in December when Mary and I drove down to Castle Rock, one of my favorite small towns in our state. I brought along my newly CLA’d Seagull TLR and a roll of CineStill BwXX black & white film. This particular film is a 250 ISO (200 Tungsten) film that on that particular day I shot at 200 using my Gossen Luna Star F2 handheld meter in incident mode. And here are some of the funny things that happened along the way:

The first picture I made with the Seagull was a portrait of Mary and shooting it brought back some memories of my TLR-shooting past. You see, when shooting with a TLR, left and right are reversed on the camera’s focusing screen and moving the camera one way, moves the image in the opposite direction. So, when I asked Mary to move to the left, I really should have said “right.” I soon figured it out and snapped the shutter for the first frame on the roll. But I had forgotten to take a meter reading and set the exposure on the camera. Duh!

As I was sorting this out, a group of people approached asking about the camera. They wanted to know all about it: When and where it was made and they told me they had “never seen a camera like that before” and thought “how cool it was” that I was shooting film.

We continued our photo walk and found some nice photo ops outside a large antique store. After I made a few shots another group of people came up asking “are you actually taking pictures with that camera?” They thought I bought the camera in the shop to display in my home not to make photos with it. When I told them that I was indeed making pictures with it, they became excited and several people in the group asked lots of questions and wanted to know all about the camera and me too. When has that ever happened to you when shooting with your digital camera? 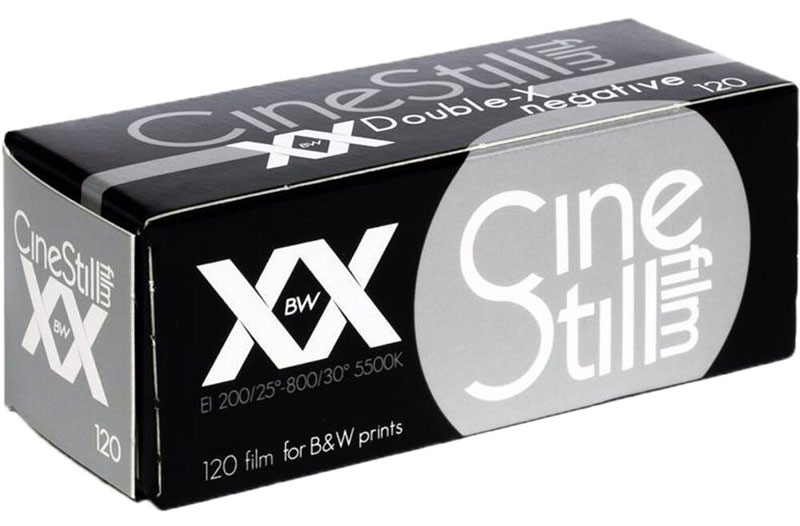 In the not-so-distant past several friendly people have approached me in Downtown Parker when I was shooting a Contax 167MT film-based SLR but that (Contax Effect) experience was somewhat different; these latter groups of people were excited about the Seagull TLR and we had long chats about it. Interestingly not a single person in either group thought that shooting film was “too expensive.” And speaking of money, Cat Labs has some New Old Stock Seagull 4A-103’s that they are selling for $378; it’s similar to my 4A-107 model but without the gold trim and with Chinese characters on the body instead of English. That’s just a little more than Mary paid for mine 11 or so years ago. 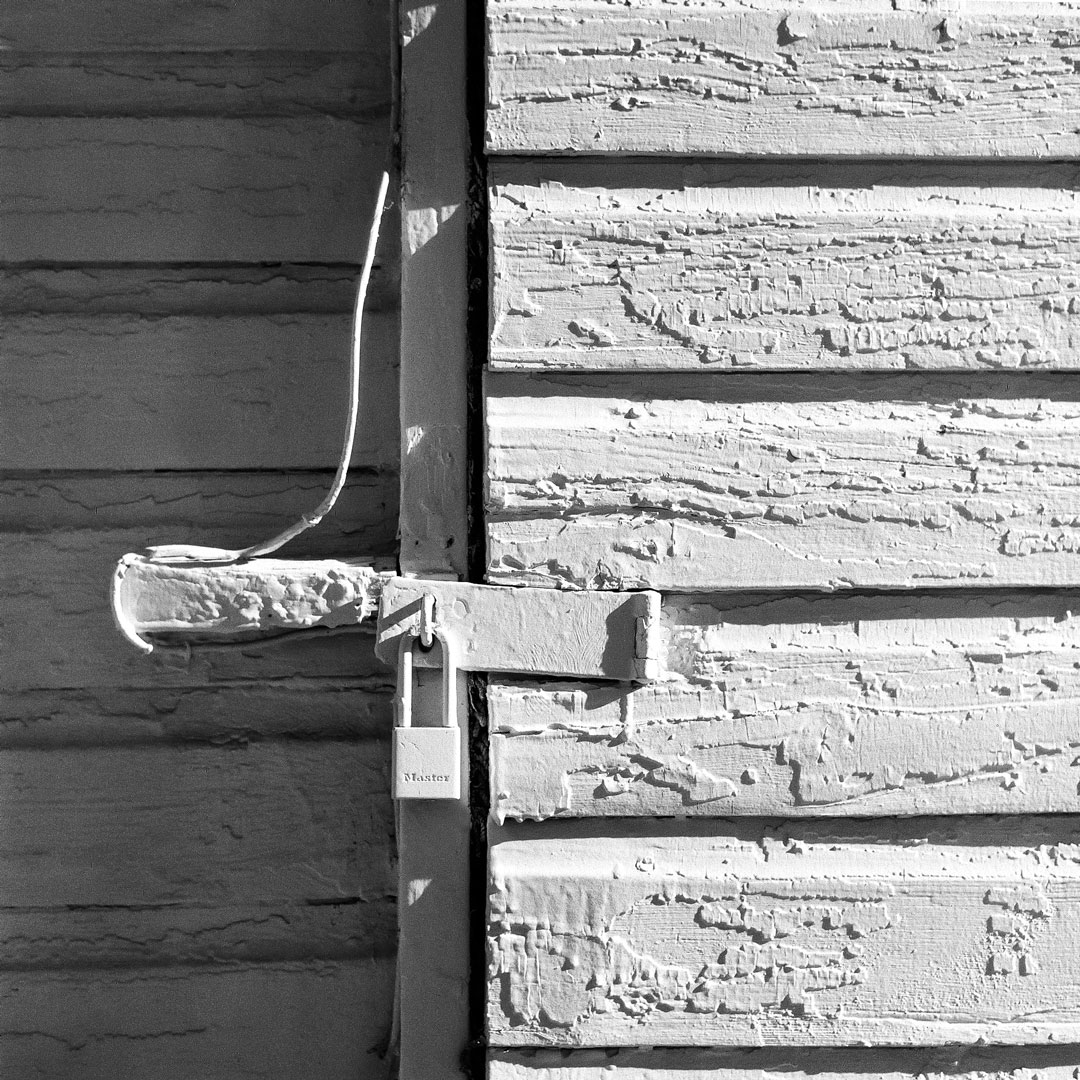 The camera itself performed like any old mechanical camera and its design appears to incorporate elements of Rolleiflex (mostly cosmetic) with Yashica (mostly mechanical) TLRs but with somewhat less refined construction. Focusing is via a knob on the left-hand side of the camera just like Yashica and Rolleiflex, although some Rolleicords have it on the right-hand side. Mamiya TLRs, on the other hand, have a focusing knob on both sides.

The focusing screen is brighter than most Rollei’s that still have their original screens, but not as bright as a Mamiya TLR and is about the same as a typical Yashica. Mechanical action and film advance is adequate but even after being CLA’d its action still feels like an old Chinese camera. Overall the camera appears solid but doesn’t seem to be as well made as any of the previously mentioned TLRs but time will tell. What about the optics? The 75mm f/3.5 (the viewing lens is f/2.8) focal length seems a bit long to me even though it should feel “normal” but it doesn’t. Maybe it’s not really 75mm? How well the camera performs optically as well as how well the CineStill BwXX black and white film looks would normally be a subject of a follow-up post but not in this case, because…

The film was shipped of to The Darkroom for processing and scanning on December 4th. They received it on December 8th and uploaded scans to me on the 9th but I noticed some streaks and what appeared to be several small scratches on many of the frames. I emailed them asking if someone could take a look at the film and tell me what they thought the problem was and within an hour I had an answer: The small scratches “could be from the pressure plate.” The person who responded also noticed “a faint line on the scans but not the negatives” that “looks like it could be a scanner line” and ordered the film to be re-scanned. All this took less than two hours from my original email before I was looking at new, better-looking scans that also indicted what might be some pressure plate related issues. The speed and efficiency of how my question was handled says a lot about the quality of The Darkroom’s customer service and I appreciate their taking that extra step for me. I’m going to try to fix the cause of the scratches, shoot a test roll and provide an update—fingers crossed—when I have one.

I just produced a Film Friday video about medium format, “Medium Format, Schmedium Format,” and if you have 14 minutes to waste you will find some thoughts about my future medium format directions

If you enjoyed today’s post and would like to support this blog so that I can to increase the frequency of these kinds of film photography posts, please consider making a monthly contribution via Patreon. Memberships start at just $1.25 a month, with other levels of $2.50 and $5 that include special benefits. If subscriptions are not for you, that same linked page lets you to make a one-time contribution. I recognize that the pandemic has had an adverse effect on many people’s incomes, so if you would prefer to just send some good thoughts my way, that’s appreciated too.