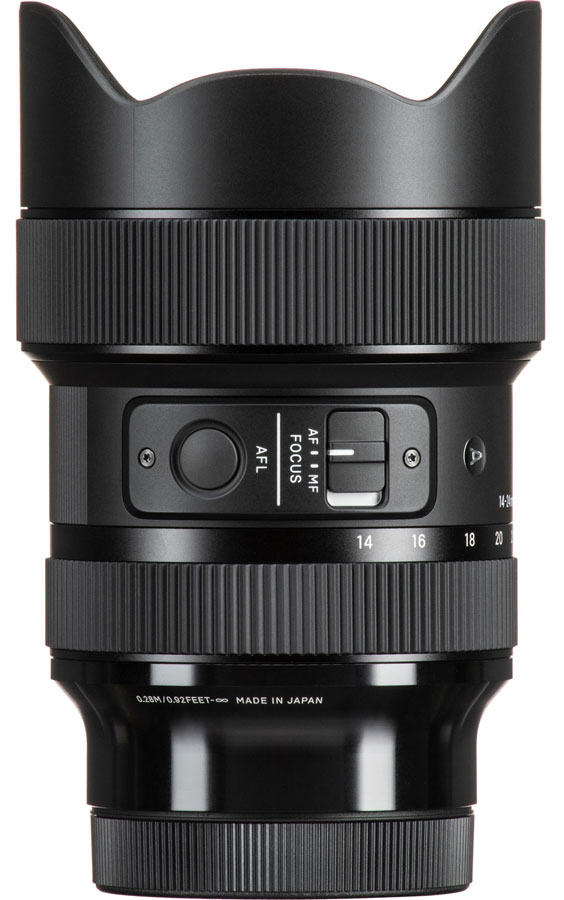 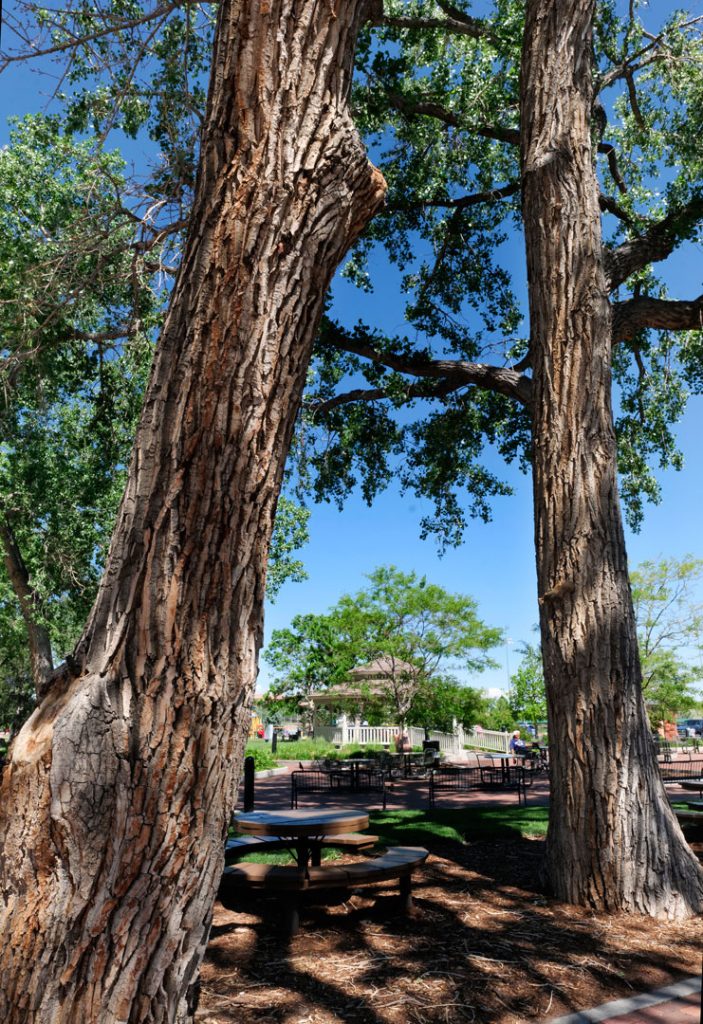 The lens features Optimized AF for L-Mount cameras and is compatible with their IBIS the camera automatically detects the focal length of each lens and optimizes stabilization. It’s also compatible with in-camera aberration correction for peripheral illumination, chromatic aberrations and distortion. (More later on my brick wall test.) A chrome plated brass bayonet mount give it a precision fit to the camera while incorporating rubber sealing for dust- and splash protection.

How I made this shot: In my never ending quest to find new ways to photograph the gazebo in Parker, Colorado’s O’Brien Park, the Sigma 14-24mm lens gave me this perspective. The lens was at 24mm with a Aperture Priority mode exposure of 1/40 at f/22 at ISO 400, testing the Lumix S1R’s image stabilization which performed perfectly.

Fit and finish of the lens along with build quality is what you would expect at this price point ($1399,) but Sigma also includes a nice lens case in the package. Zoom and focus rings are finger-sized and operate smoothly. A Built-in Autofocus-Lock (AFL) button on the lens barrel can be assigned other functions.

As I mentioned in a previous post and is obvious by looking at the lens, the protruding elements of the 14-24mm f/2.8 DG DN Art lens precludes mounting a filter. A rear filter holder is included ans is equipped with a fall-prevention lock for attaching and securing gel filters. If you’re the kind of shooter who likes to use ND filters, Haida makes a Rear Lens ND 4 Filter Kit for the lens that includes four Multi-Coated Tempered Optical Glass filters, including three, four, six and 10 stop densities. 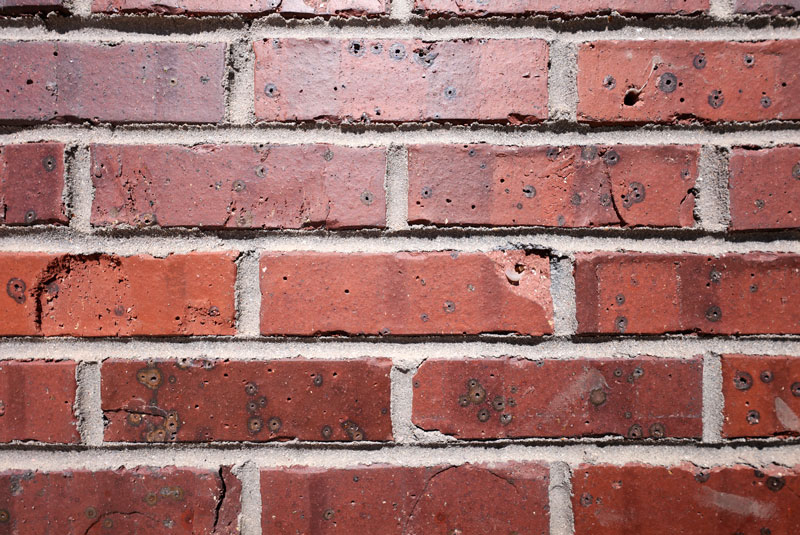 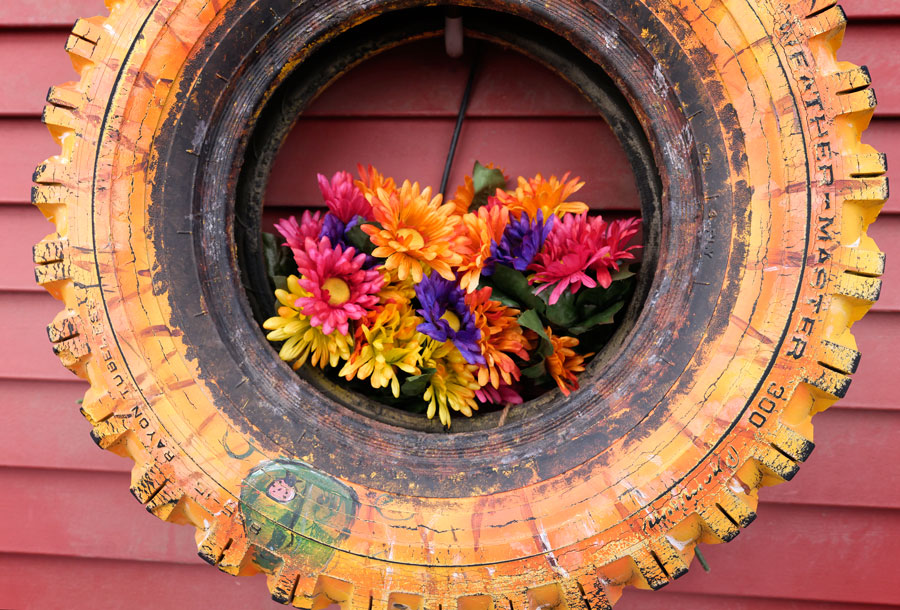 For 2020, I’m also testing lenses for Longitudinal Chromatic Aberration aka LOCA. This effect occurs when a lens cannot focus different colors in the same focal plane and when it occurs a magenta or green halo appears on the edges of objects. I noticed two things when shooting the 14-24mm f/2.8 lens: First, it passed the LOCA test with no color fringing of any kind. Second, unlike the Lumix S 24-105mm f/4 Macro OIS lens, there was no focus hunting during close-up photography, even at the lens’s maximum close-up focusing of 11-inches. Instead the Lumix S1R and Sigma 14-24mm f/2.8 focused with assurance under these conditions.

The lens produced spectacular looking sunstars when stopped down to f/22, its smallest aperture and I give it a 9.5 on the Farace Sunstar Scale. The built-in lens hood worked when I was shooting directly into the sun but there can be some ghosting when shooting under these conditions, although there is none in the sunstar photograph you can see in my lens overview. Shooting at f/22 also showed me the Lumix S1R had some sensor dust that I digitally spotted out of that sunstar test. I gave the sensor a “blow-off” that hopefully cleans up the spots. (Something my Lumix S1R review will address.)

Like many of Sigma’s Art lenses, the 14-24mm f/2.8 DG DN is a big, solidly built lens with a relatively wide aperture and one that given the high ISO performance of the Lumix S1R would be more than adequate for the die-hard low light shooter and the focal length is versatile enough for landscape as well as all around photography, especially if you like wide angle lenses. If I still have the lens when I do my field test of the S1R, I’ll shoot it at its 25,600 normal ISO or extended ISO of 56,000 and use that f/2.8 to stretch the camera’s capabilities.

Fingers crossed that car show season kicks off tomorrow and if it does I’ll update this post with a link to post that will appear on my car photography blog.