Exploring the Possibilities of Infrared Portraiture 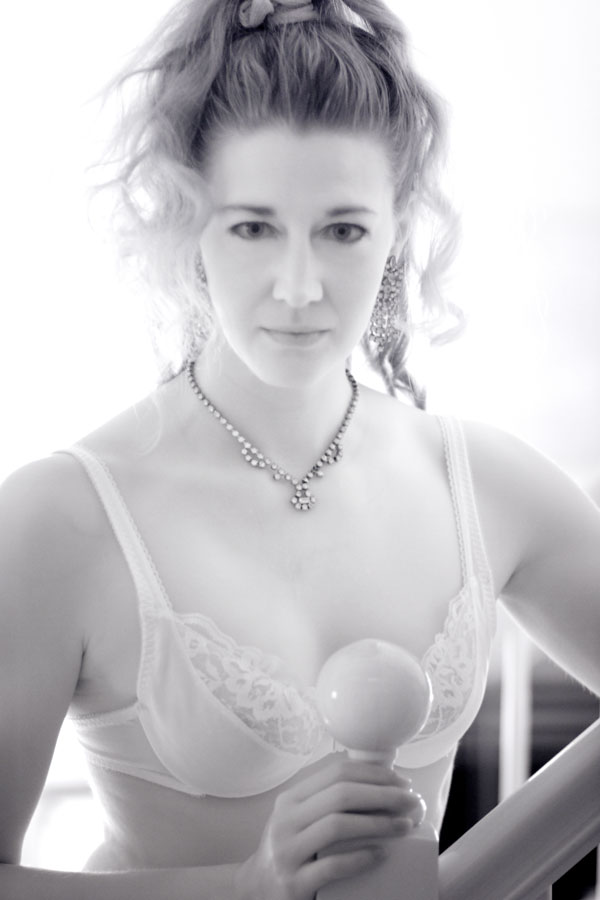 When I first became involved in digital infrared photography, making portraits was not a recommended use of this technology. Yet, one of the earliest non-landscape applications of IR photography was in wedding photography and you can see some beautiful examples of this from creative photographers in my book, The Complete Guide to Infrared Photography.

I think my initial hesitancy to make infrared portraits was because along with some of my IR-shooting friends and I had been told by “the experts” that we shouldn’t photograph people using infrared techniques. This still appears to be a widely held opinion. In fact, both of the images you see here of my former muse, Tia Stoneman, were rejected by an editor of magazine aimed at professional photographers because she thought the subject “looked like a vampire.” Maybe she wasn’t a fan of the Twilight movies…

How I made the image at right: Lighting was from windows in the living room of my former home that were both behind and in front of Tia. The camera used was a Canon EOS 50D that had been converted to infrared capture by Life Pixel with their Standard IR conversion (720nm.) Lens was my go-to Canon portrait lens, the EF 85mm f/1.8 lens with an Aperture Preferred exposure of 1/45 sec at f/1.8 and ISO 400. 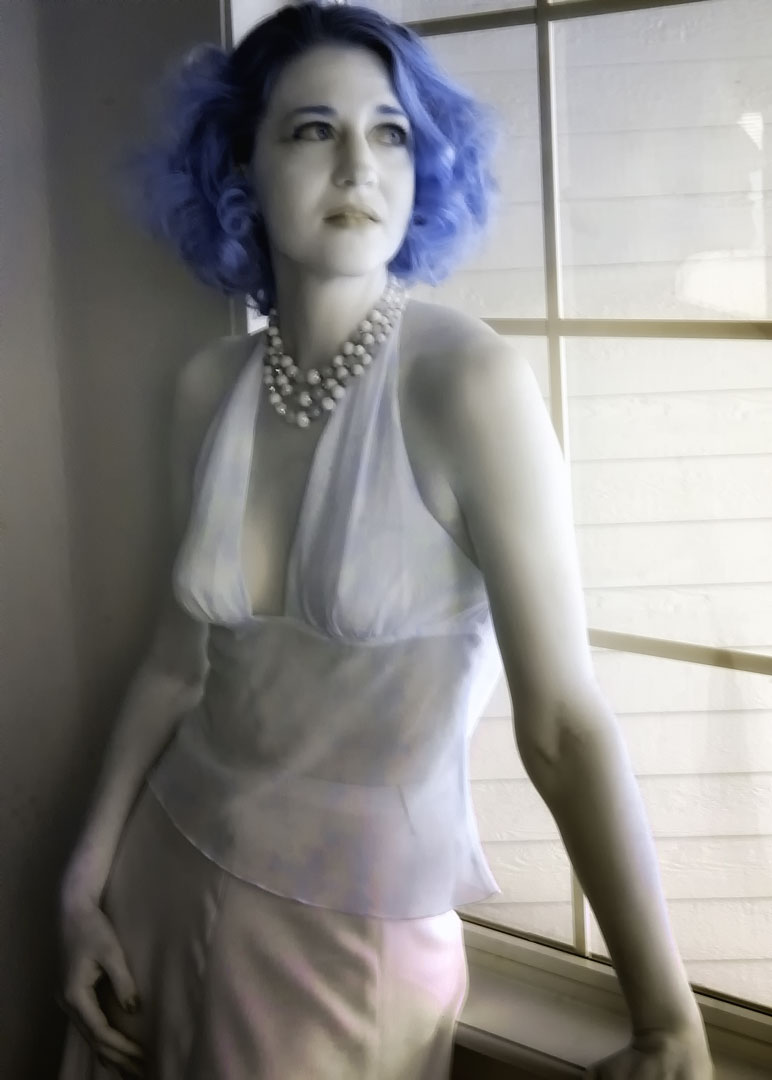 In case you’re wondering about the blue hair in the portrait of Tia at left, this was not an effect that was added in Photoshop. Some hair dyes, especially reds, photograph as blue when captured under certain kinds of lighting, such as in the shade.

How I made the image at left: The lighting for this infrared portrait of Tia Stoneman was from a North-facing bay window in my former home’s kitchen. Camera was the same Life Pixel-converted Canon EOS 50D that was used for the above right portrait, with an EF 28-105mm f/3.5-4.5 II USM lens (at 48mm) that to this day I’m sorry that I sold. Av mode exposure was 1/10 sec at f/16 and ISO 400 with a plus one and one-third stop exposure compensation.

I’ve found that Life Pixel does a great job with IR conversions and they’ve done most of the conversions for my Canon DSLRs and all of my Panasonic Lumix G-series cameras. This is not a paid or sponsored endorsement, just my experience.