Why Are There High ISO’s for my LED Portraits? 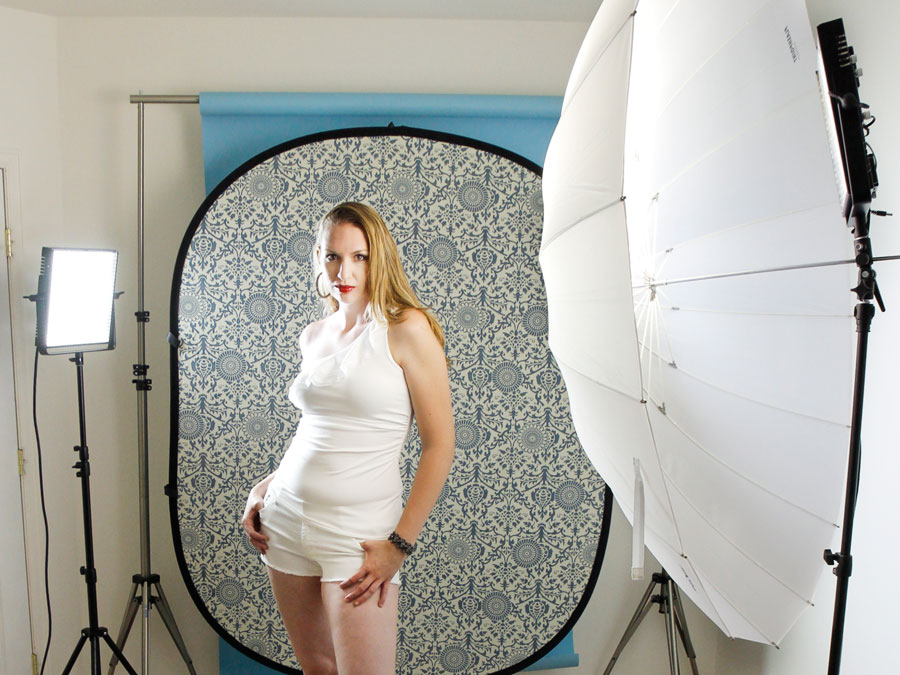 I’m pretty sure that everybody knows that higher ISO settings typically produce more digital noise but these days that threshold seems to be a constantly moving target as newer cameras get better and better with coping with higher-than-normal ISO settings. DSLRs like the Pentax K-1 Mark II that I tested for Shutterbug are relatively noiseless at what would have been considered nosebleed ISO’s just a few short years ago.

All types of studio lighting equipment, including LED, obey the inverse square law, which states that the intensity of illumination is proportional to the inverse square of the distance from the light source. An object that’s twice the distance from a light receives just one quarter of the illumination. What all this means to photographers is that if you move a light that’s five feet from a subject and place it ten feet away from a subject, you will need four times the amount of light to produce the same exposure. You can do this by opening the lens aperture, increasing the power of the light source or—you guessed it—raising the ISO setting. 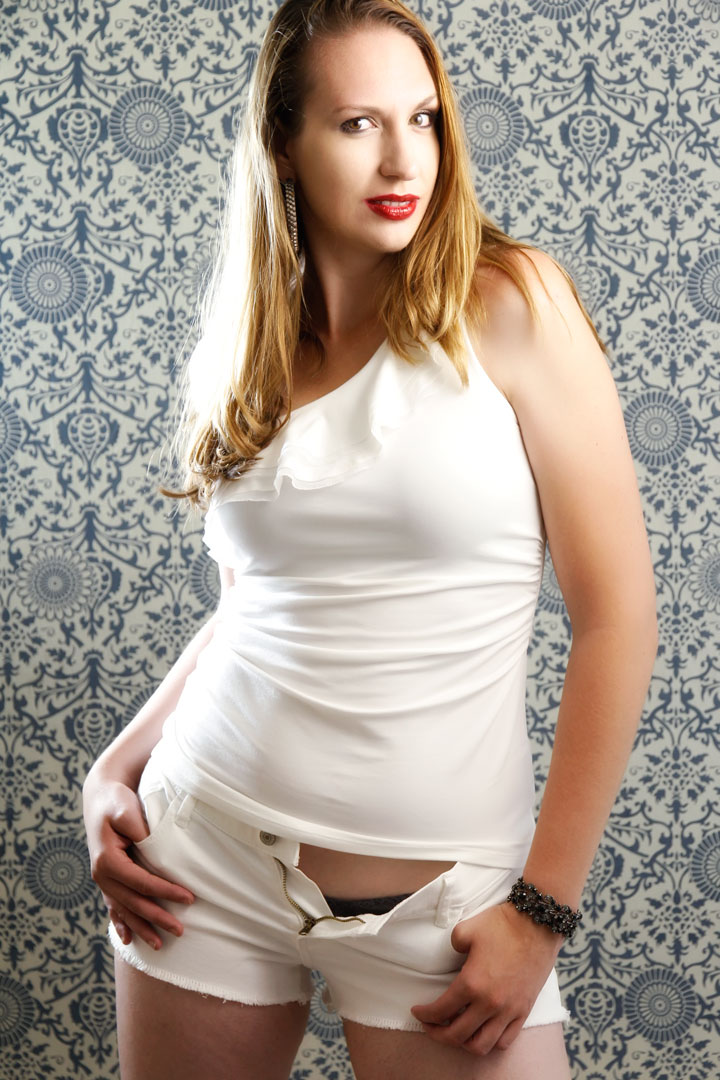 Even when shooting with two LED light panels, as shown in the above setup shot, I tend to shoot at higher-than-normal ISO settings. That’s because I prefer to be able to have a hand holdable shutter speed to  produce the least amount of camera or subject movement along with a modest enough aperture to maintain some semblance of depth-of-field. All the while (whew!) trying to produce acceptable low noise levels. But the reality of these kind of situations is that this is not always possible.

How I made this shot: For this portrait of the statuesque—she’s six-feet tall in her bare feet—Danielle Nicole I used Canon EOS 60D with EF-S15-85mm f/3.5-5.6 IS USM lens (at 50mm) with an exposure of 1/40 sec at f/5 and ISO 640. In this setup a 60-inch, 16-rib white parabolic umbrella was mounted with a bicolor LED light panel that was placed at camera right. Another bicolor LED light panel is placed at camera left to provide side lighting. Background was a (sad to say, no longer available) Savage Retro Blue Collapsible Backdrop

Ultimately it all comes down to the photographs: When looking at this ISO 640 image under even modestly high magnifications—as I am doing right now—the noise is clearly visible but may be negligible to you. Me? I first applied Dfine noise reduction software and after light retouching applied the Glamour Glow filter that’s part of Color Efex Pro to obliterate any trace on noise. (Speaking of noise. Check out yesterdays post on this subject, if this is something you might like to know more about and how to avoid it.)

There is no one perfect ISO setting for every photograph, so you need to make some tests using your own camera. When shooting with LED light sources, I almost always have to dip into higher ISO settings but at no point did I feel that I was trading image quality for lighting results nor did it change my opinion about using this clever and useful lighting technology.

If you’re interested in learning how I shoot portraits and use cameras, lenses and lighting in my in-home studio and on location, please pick up a copy of Studio Lighting Anywhere which is available new from Amazon.com for $31.83 and starting around three bucks for a used copy, as I write this. The Kindle version is $19.99 for those preferring a digital format.