The Magic of Parabolic Umbrellas

Today’s blog wraps up a full week’s posts about portraits an lighting. Next week, we’ll continue with a variety of topics unless you would like me to continue in this vein. If so, click on the Contact tab and let me know.

Gene Kelly had an umbrella while he was dancing to “Singing in the Rain” but he didn’t use it much, preferring instead to get wet. Photographic umbrellas won’t keep you dry but are the simplest and most inexpensive form of lighting modifier available and that makes them the most popular too. 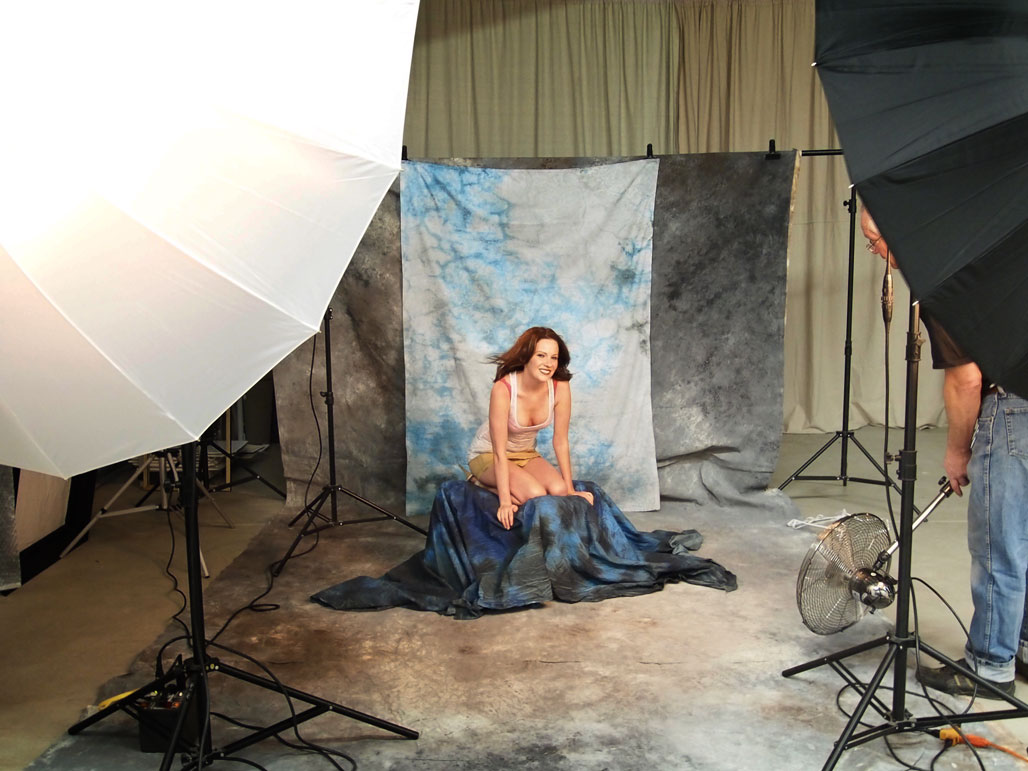 As photographers we live by a few important lighting rules. For example, the closer and larger a light source is to a subject, the softer the lighting will be. Conversely, the smaller and further away a light source is from the subject, the harder the lighting becomes. So bigger is better, right? That old lighting rule that “size matters” is important because a bigger umbrella is going to produce a broad, soft light for your photographs.

Because it produce broad lighting, umbrellas are often used for fill but that doesn’t mean you can’t let umbrellas totally light your subject, especially with a large parabolic umbrella. This type of umbrella is often overlooked by the average shooter because the typical European-made parabolic umbrella can cost $6,000 or more while one of Paul C Buff’s PLM series of umbrellas with 51-inch models starting at $29.95 with larger models also affordably priced. 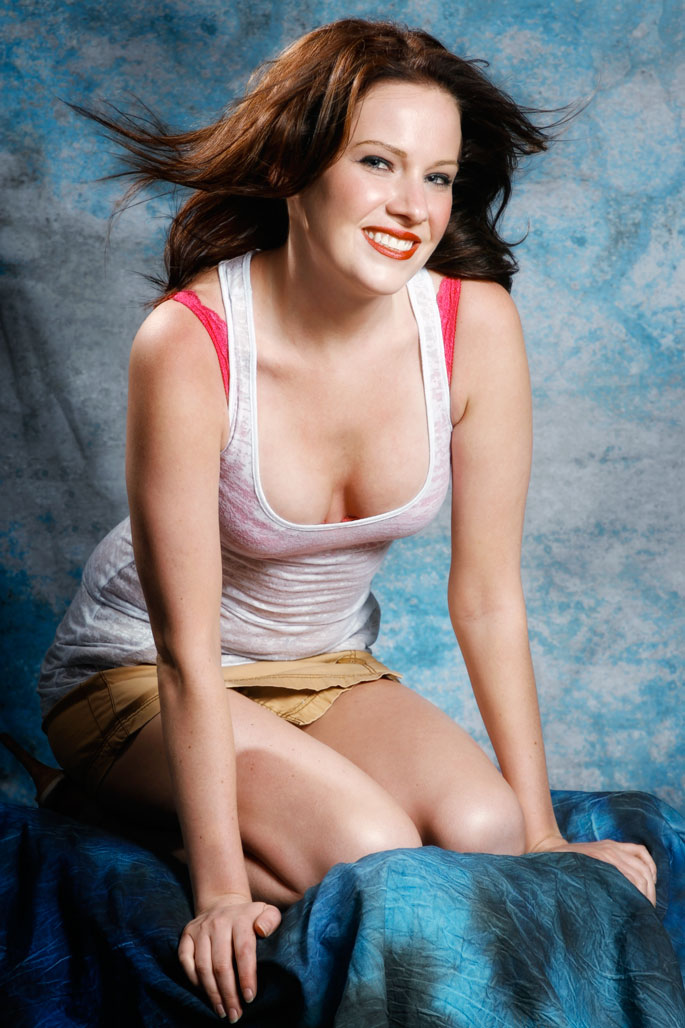 The advantage of using a large parabolic umbrellas is three fold: First, a big light source, especially when placed near the subject is going to create soft lighting. Second, because of the umbrella’s parabolic shape, light falloff towards the edges is minimized. Third, a parabolic design results in high light efficiency allowing you the choice of producing either high contrast directed light or extremely soft light.

How I made this shot: Colleen Breanne is posed against an Aqua Colorsmack backdrop from Silverlake Photo. The main light has a 64-inch umbrella mounted while the fill light uses a 86-inch white umbrella, both in bounce mode. A small softbox is used as a hair light with and a raw head is aimed at the background. Shot with a Canon EOS 1D Mark II N and (now discontinued) EF 135mm f/2.8 SF lens with an exposure of 1/125 sec at f/11 and ISO 100.

If you’re interested in learning how I use cameras, lenses and lighting in my in-home studio and on location, please pick up a copy of Studio Lighting Anywhere which is available new from Amazon.com for $21.57 or used for $9.94, as I write this. The Kindle version is $19.99 for those preferring a digital format.