Some Newbie Thoughts About Infrared Photography

If you can’t see it, how— and more importantly—why would anyone want to photograph it? That’s been my thinking whenever the topic of infrared photography came up.

As a “meat and potatoes,” “nuts and bolts” kind of guy, my photography has followed suit. Regular photography uses light within the visible spectrum to record images onto film or a digital memory card and that’s been good enough for my forty plus years of image making. Except for the one time I shot one roll of Infrared B&W film:

In the late 1970’s People magazine’s photo editor gave me an assignment that included shooting a portrait that needed to be taken in the Nevada desert. The photo subject was a former army soldier who contracted leukemia from exposure to government testing of nuclear devices in the desert following WWII. The photo editor wanted a strong, dramatic portrait of this man in the harsh desert environment where the testing took place. He recommended shooting on both regular black and white film using a red filter (which dramatically increases contrast) and infrared film.

I learned that infrared film had to be loaded and unloaded from its cassette into and out of the camera in total darkness. A changing bag was needed to accomplish this. Wouldn’t you know it, after all that work the portrait that was shot on regular Kodak Tri-X film is the one they used for the story. 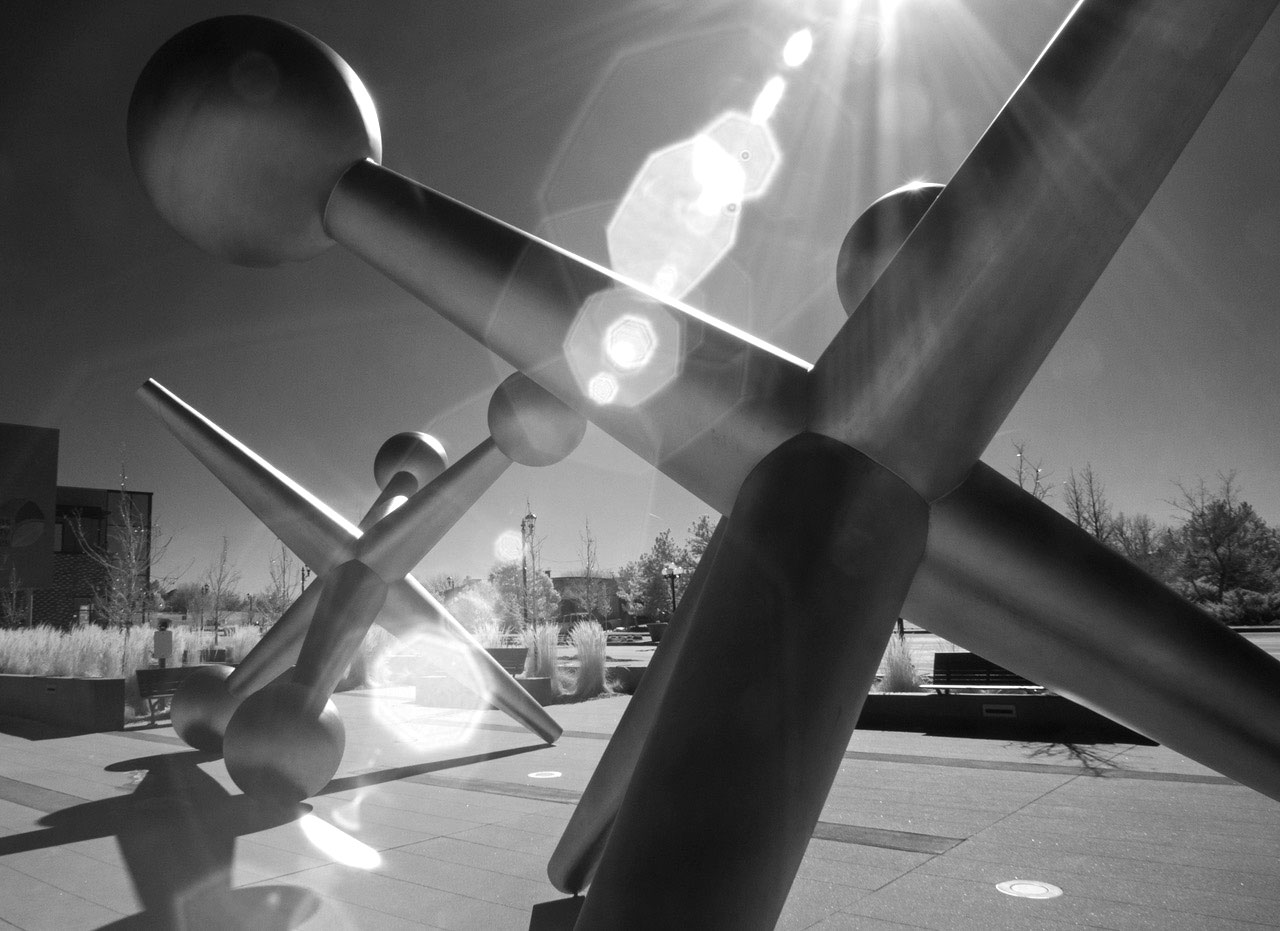 Fast forward fifty years. Technology has advanced making it easier to shoot IR. No need for special film or changing bags. All that’s needed is a camera that’s been modified to “see” the IR that can’t be seen with the naked eye and a bit of additional work to images in post production. Infrared has grown in popularity judging by the quantity and quality of websites that are dedicated to showcasing IR work.

I still don’t totally understand the light spectrum, visible vs. invisible but had one of those “ah ha” moments after my first real digital IR photo shoot. Above is one image from that shoot taken at the worst time of year and least desirable time of day for IR. (Hence the higher than normal amount of flare.) Imagine how much fun this will be under ideal conditions, which would shooting around Noon. Can’t wait. In fact I’m seriously considering converting a spare Panasonic Lumix GH4 body for IR instead of begging and borrowing one of my friend Joe Farace’s IR cameras.

Notes from Joe: I’ve found that Life Pixel does a great job with IR conversions and they’ve done conversions for some of my Canon DSLRs as well as all of my Panasonic Lumix G-series cameras, including a GX1 that uses their new Hyper Color conversion. This is not a paid or sponsored endorsement, just my experience.

My book, The Complete Guide to Digital Infrared Photography is currently out-of-print but used copies are available from Amazon starting $18.47 as I write this. Creative Digital Monochrome Effects has a chapter on IR photography and is available from Amazon for $33.55 with used copies starting at a little more than two bucks, which is a heckuva deal.