Making Noise and Grain Work for You

Grain is the Brush Stroke of Photography.—Constantine Manos 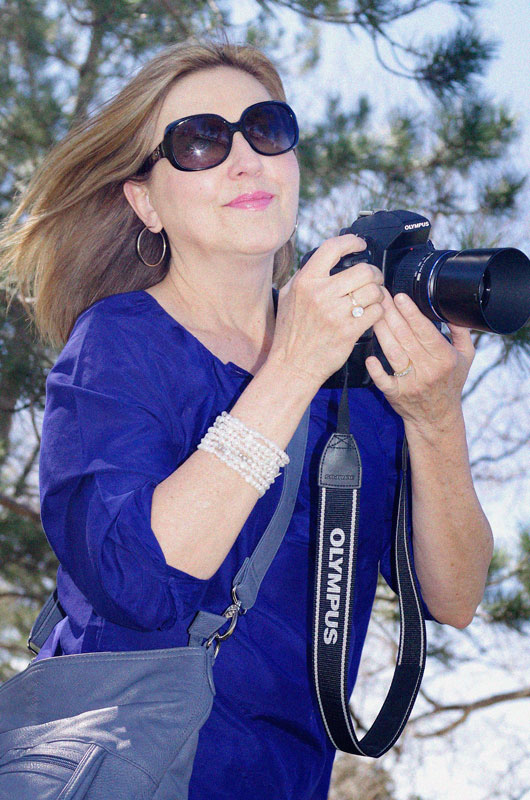 Like a lot of photographers I love to  to tinker with my digital images. If there’s too much grain in a photograph, I’ll use specialized software to eliminate it. For some time now, Dfine has been my favorite noise removal tool. But most of the software that I’ve used tends to soften an image; the trick is to find one that does it the least and then maybe hit the images with Photoshop’s Unsharp Mask tool to brings some sharpness back.

But if there’s no grain in a digital image, maybe I’ll want to add some.

If you already own Adobe Photoshop or Photoshop Elements, you can use its built-in Grain filter to accomplish that. But this method may be too easy for photographers who prefer to find the most difficult and complex ways to create effects. If that’s you, here’s a trick that I sometimes use: Try using Photoshop’s or Elements’ Diffuse Glow filter. (below) This method produces a more subtle grain effect and doesn’t produce the mutilated pixels that the Grain filter often does.

Note: In the JPEG files that you see here, the grain may be too subtle to appreciate. The best way is to see how the grain really looks is try some of these techniques yourself and apply as much or as little grain as you like. 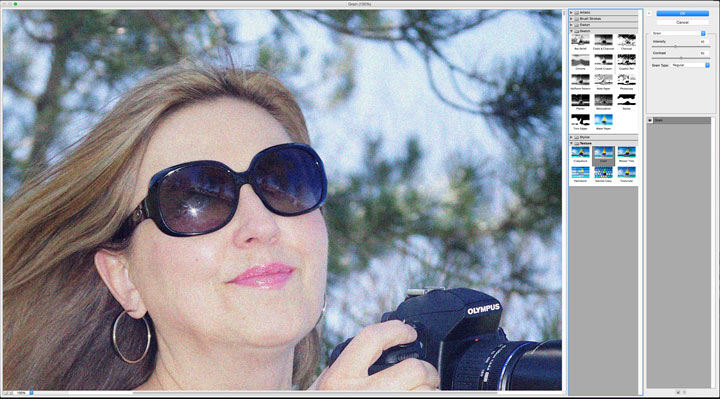 Tip: When working in the digital darkroom, I have a “20-minute rule.” If I can’t achieve the effect  that I want within twenty minutes, I’ll probably never will. So if you’re in a hurry, you gotta use power tools. 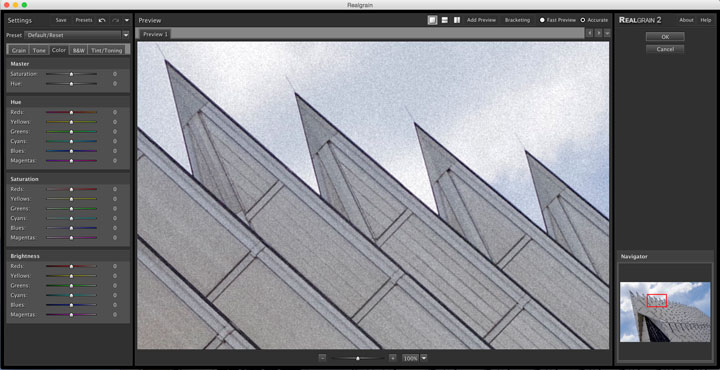 Along with photographer Barry Staver, I’m co-author of Better Available Light Digital Photography that’s available from Amazon for $22.99 prices with used copies starting around nine bucks, as I write this.