A Few Tips for Sharpening Images 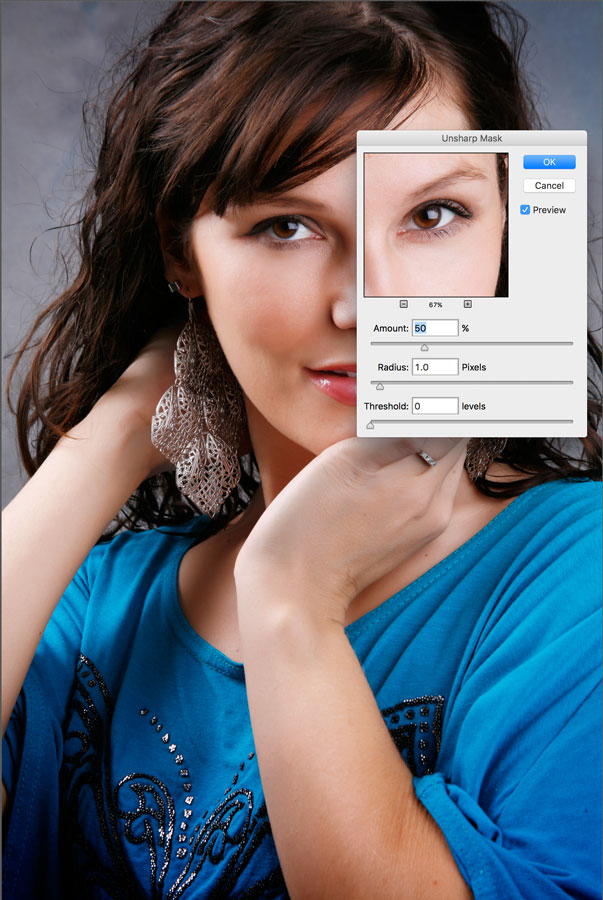 When looking at photographs, the first thing that your eyes see is sharpness, followed by brightness and then warmth. But there are degrees of sharpness and depending on how the images are captured some may be sharper than others.

One of the advantages digital imaging has over shooting film is the different ways that you can sharpen images. Most image editing programs contain a Sharpen command that works by raising the contrast of adjacent or edge pixels but sometimes this technique increases sharpness at the expense of contrast. Some photographs can handle additional contrast before loosing highlight detail, while others can’t.

Instead of using the Sharpen command a better way to increase an image file’s sharpness might be using the Unsharp Mask (Filter > Sharpen > Unsharp Mask) command that’s found in  Photoshop and other image enhancement programs. The Unsharp Mask dialog box offers three sliders to control the amount of sharpness applied: 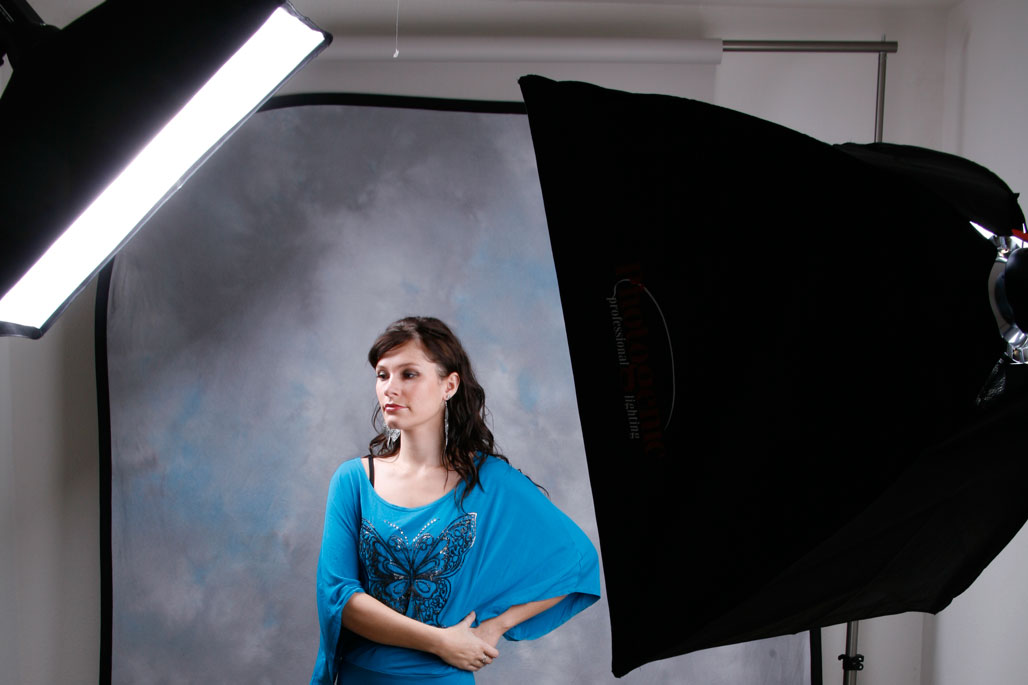 Tip: Here’s a technique you can use to deal with color fringing that can occur when applying Unsharp Mask. After sharpening the image, go to the Fade command (Edit > Fade Unsharp Mask) that appears only after a filter is applied. Don’t change the Opacity setting—leave it at 100%—but select Luminosity from the pop-up menu. Any glaring color artifacts should be gone.

How I made the shot: I photographed Jennifer using the lighting seen in above left setup shot. A 320 Ws Photogenic monolight with a strip light is at camera left and placed near the ceiling. The main light, another 320 Watt-second Photogenic monolight with softbox attached is at camera right and set between one-quarter and one half power, while the hair/background light was set at three-quarters power. Camera was a Canon EOS 5D Mark I with EF28-135mm f/3.5-5.6 IS USM lens at 109mm. Exposure was 1/125 sec at f/16 and ISO 100.

If you’re interested in learning how I use cameras, lenses and lighting in my in-home studio and on location, please pick up a copy of Studio Lighting Anywhere which is available new from Amazon.com for $13.21 or used starting at 5.00, as I write this. The Kindle version is $12.55 for those preferring a digital format.