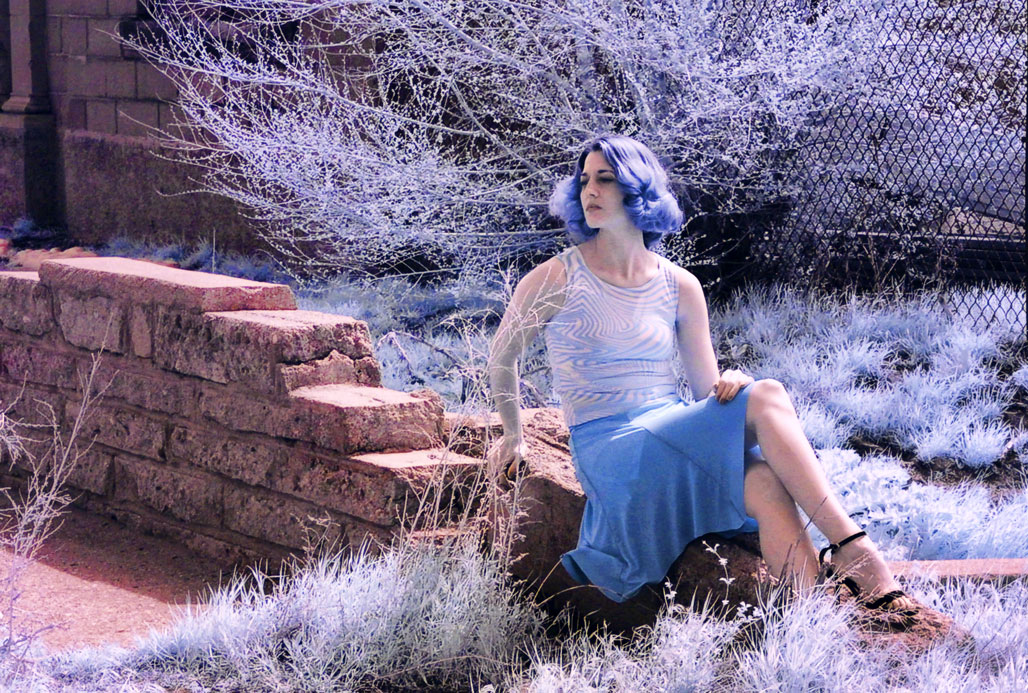 And to answer your question: Yes, you can shoot portraits in infrared, if you’re ready for the unconventional results. The above color digital infrared image of my former muse, Tia Stoneman, was made with a Canon EOS 30D that had been converted to IR capture by LifePixel and an EF 85mm f/1.8 lens. To maximize depth-of-field, exposure was made in Aperture Priority mode  at 1/200 sec at f/16 and ISO 400.

One of the basic laws of imaging is that only one part of a three-dimensional object can truly be in focus at the image plane. Areas in front and behind that focus plane appear more or less in focus. At the point of critical focus, there is also a range of acceptable focus that is one-third in front of that point and two-thirds behind it. 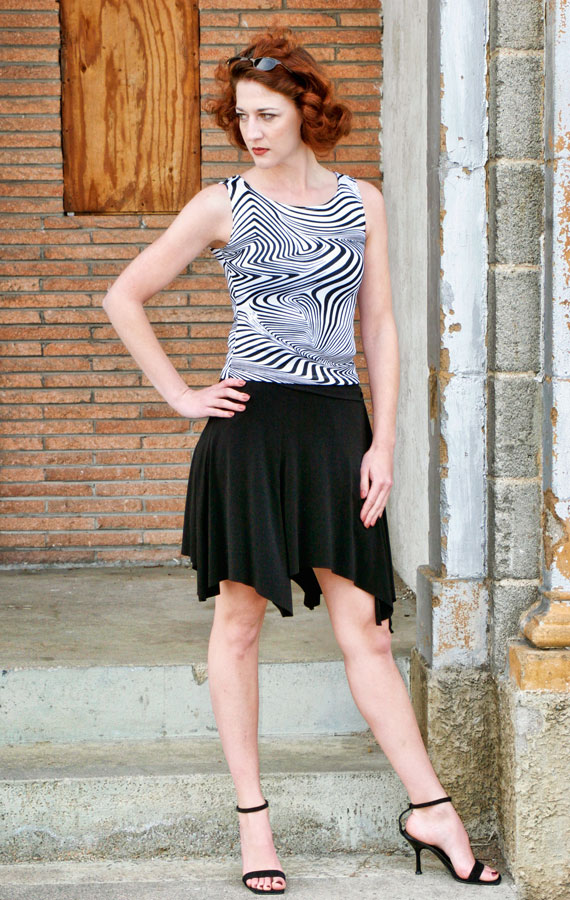 Photo at left: What do those colors (and her hair) that Tia is wearing look like under normal light using conventional capture methods? The image at left was shot about 15-feet to the left of the wall seen in the top photograph. It was made just a few minutes before the infrared shot with a Canon EOS 50D and EF 28-105mm lens (at 53mm) with an exposure of 1/250 sec at f/11 and ISO 800.