Some thoughts for today by Joe Farace

“I don’t know anything about art but I know what I like.”—Orson Welles

I am semi-active on social media. I mostly use social media as another way to communicate with the readers my blogs and books telling them about new happenings or new and updated posts on this and my car photography website/blog. I also try to post photographs every day on Instagram as as well as Pinterest. Each week or month (I don’t remember which) the latter site sends me an email showing my most popular images. Here were some recent results: 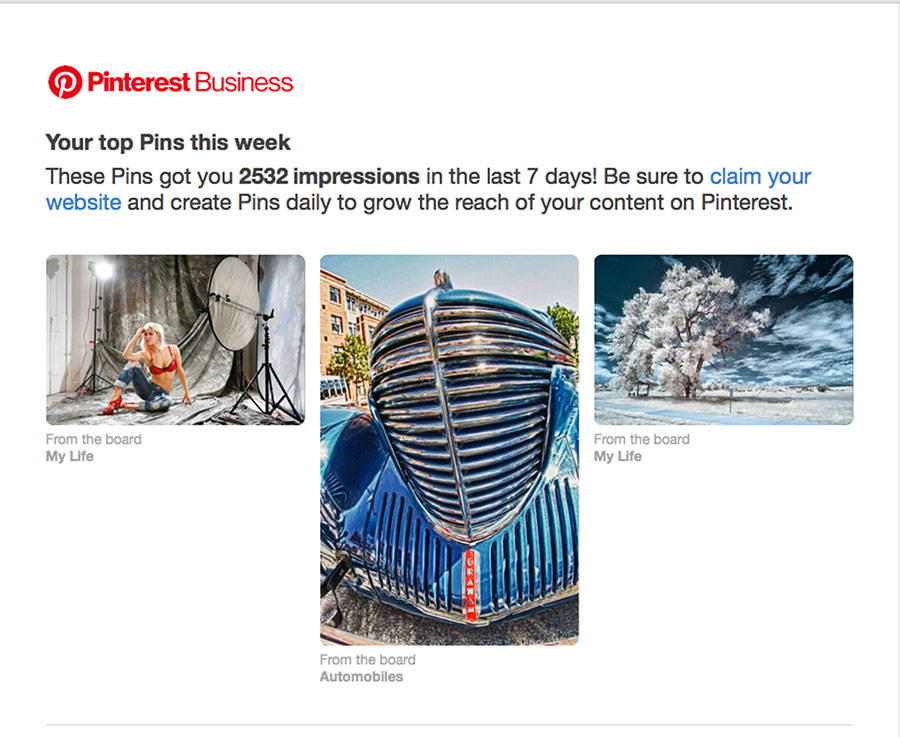 My first reaction was: “Really?” But when I got to thinking about it; those Pinterest folks have focused on the main themes of my most recent work, including (left to right) glamour, automobiles and infrared photography. But what I find most interesting is that the first two images have not changed in popularity in several years? Ya know, I’ve made a lot of photographs (and posted them in Pinterest) since these were originally shot and posted.

Some thoughts about these photographs: You can learn how I made the “blue sky” infrared photograph that’s featured above here. The shot of the Studebaker? I don’t even know what possessed me to make that image in the first place but it reigns as one of my most popular Pinterest shots. Interestingly, the glamour image (at left above) that Pinterest users like best is a behind-the-scenes lighting setup shot, which shows, I think, that a lot of my followers are photographers because they want to see how I made the portrait rather than the photograph itself. What does the final image that I’m shooting end up looking like? Here it is: 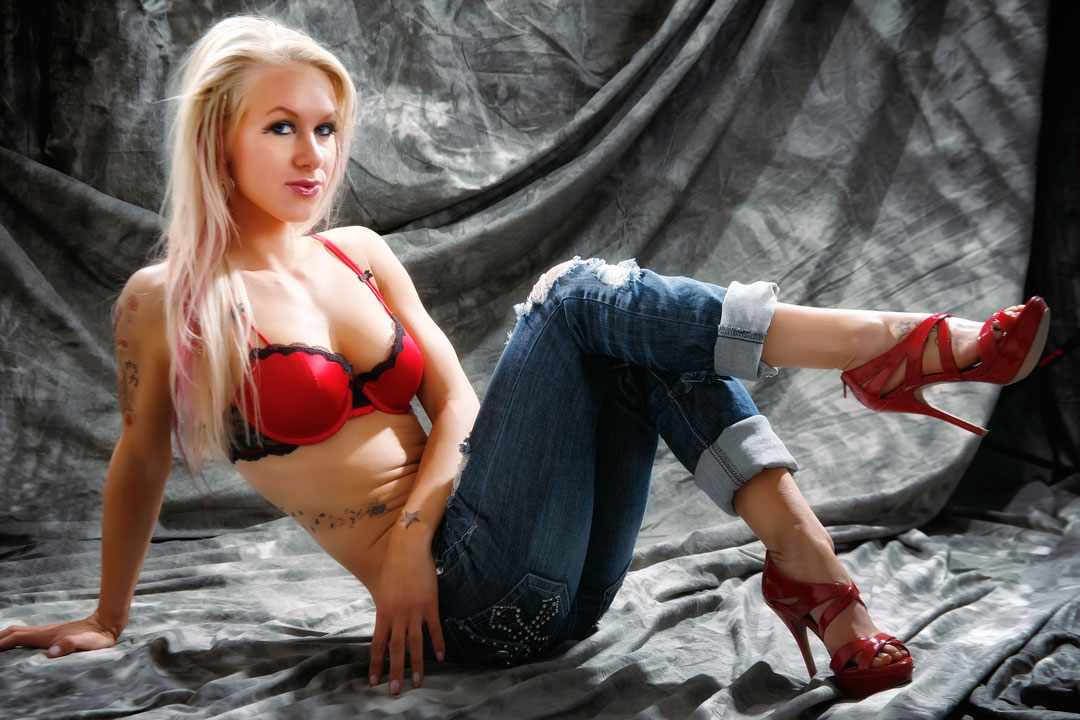 How I made this shot: I photographed Stevie against a draped muslin backdrop that was unfortunately destroyed during a flood a few years ago that damaged my basement, including the studio. The lighting setup is as shown on Pinterest in the above left screen capture. The camera used was a Canon EOS 5D Mark I and EF28-135mm f/3.5-5.6 IS USM lens (80mm.) Exposure was 1/125 sec at f/8 and ISO 100.

Ultimately the answer to all my questions about image popularity boils down to who do you make photographs for? I have long ago ceased making photographs for clients. In the not-so-recent past, I shot model portraits that were used for lighting equipment reviews that would run in the former print edition of Shutterbug but no more. These days, my shoots are usually for friends, like Maria Cedar, or TF shoots for aspiring models and their portfolios. In the latter case, it’s a trade between me and the model: I get to exercise my cameras, lighting equipment and (what’s left of) my brains and they get some nice photographs, at least that’s what they tell me.

UpDATE: If you are a regular reader of this blog, you may have
recently noticed that I have been posting on Saturdays and Sundays making this a 7-post-a-week blog. This has been an experiment and, most times, these posts are not accompanied by social media shout-outs. Post topics are different than my Monday through Friday posts, with Saturday posts being business-oriented, while Sunday posts are image-oriented. I plan to continue with 7-posts-a-week through the summer months to, you know, see what happens.