In my post, Why Such High ISO’s for my LED Portraits?, I wrote about using Rotolight’s NEO LED lights to shoot portraits and in an update mentioned that I would be receiving a three-light NEO kit to review. Well, it’s here and I would like to give you my initial impressions. 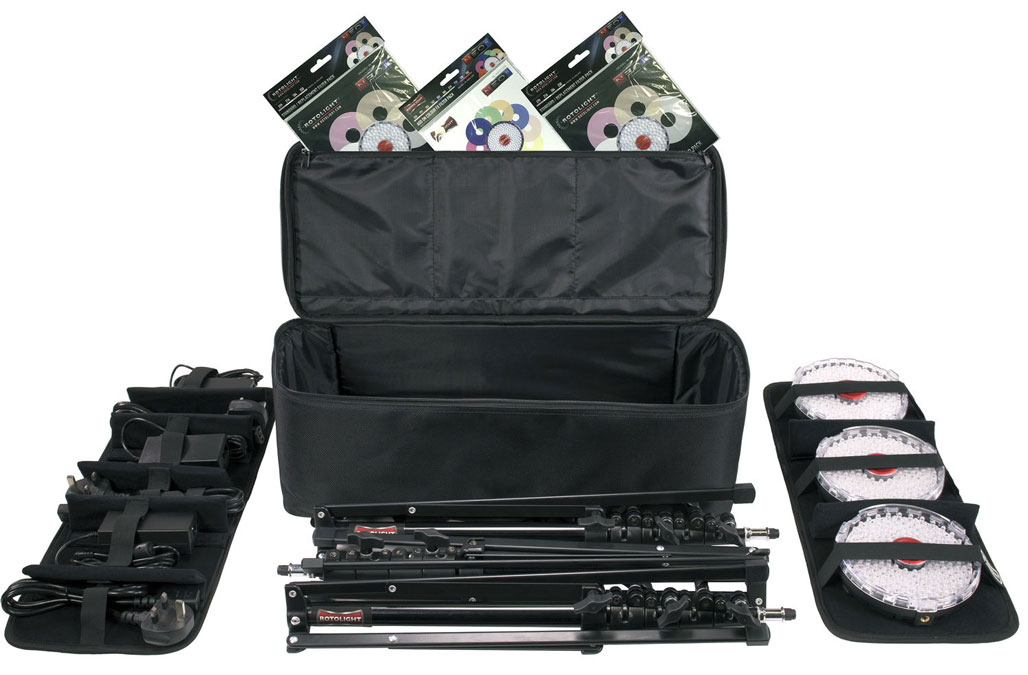 The heart of the kit is three NEO 2 LED lights that offers both continuous light that have a user-variable color temperature of 3150-6300 K as well as a flash mode. NEO 2’s continuous output is said to be 85% greater than its predecessor (2000 lux at 3 ft.) The light has Rotolight’s AccuColor technology for optimal color rendering with a CRI rating of 96 and TLCI of 91. In my upcoming studio tests, I’ll be critically examining both factors. The light is dimmable from 100-0% with True Aperture Dimming, like the company’s big boy Anova, and will calculate exposure displaying the f-stop on the back of the light for a subject at a given distance.

NEOS 2’s High Speed Sync Flash (HSS) function is triggered via a built-in Elinchrom Skyport wireless flash receiver and you can trip the lights using the optional ($224.94) Skyport Transmitter that’s available for Canon, Fuji, Nikon, Olympus/Panasonic and Sony cameras. This is moot for me because I don’t have a Skyport Transmitter, so my upcoming hand-on tests will be based on using the lights in continuous light mode.

Since I get lots of questions from readers about the quality of LED lighting: Some inexpensive LED lights suffer from Pulse Width Modulation that causes flickering while appearing to produce continuous light when it’s not. This can cause subtle variations in exposure you may not notice until its too late. The LEDs in NEO 2 are flicker free and—at any frame rate—for video shooters 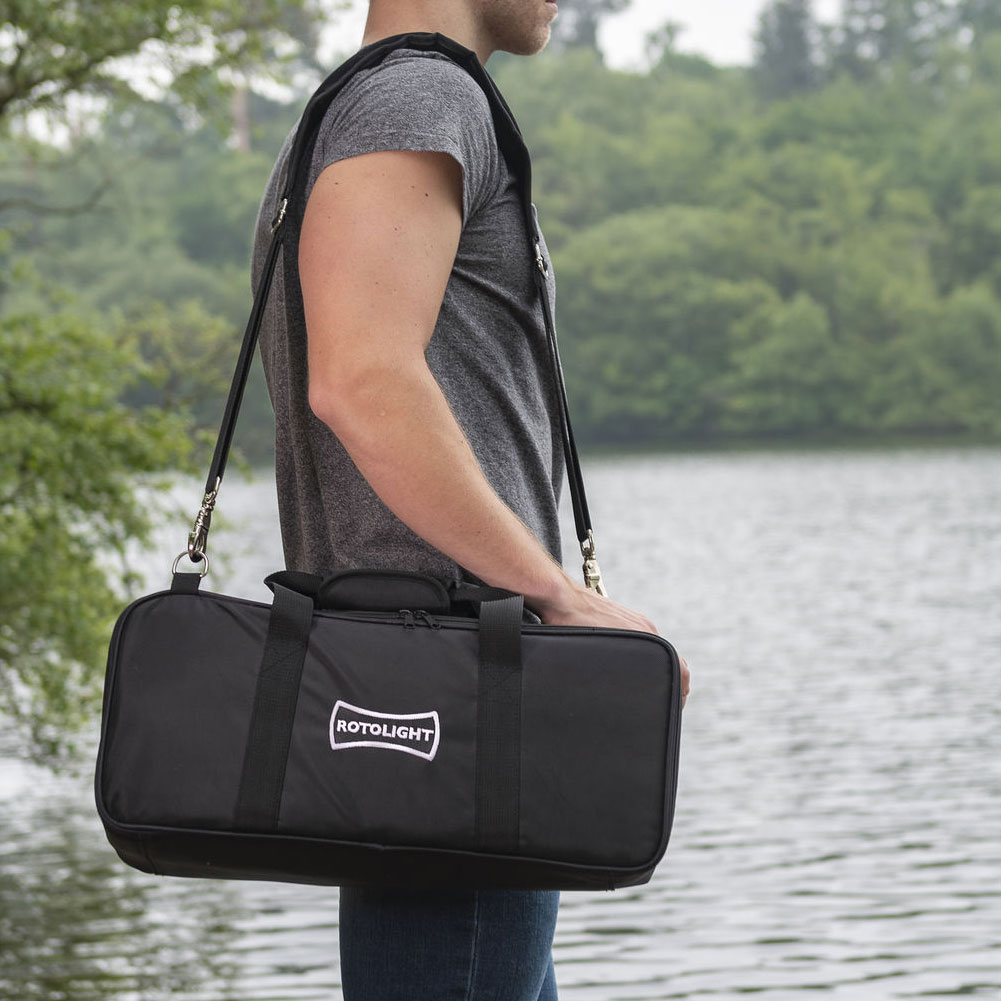 The NEO 2 housing has three ¼-inch-20 threads attachments around its edges, allowing it to mounted in different ways, including a shoe mount attachment—three are included—for use on-camera. What’s not included are ways to attach light modification devices to the light, although Rotolight offers a ($68.40) NEO Softbox Kit that looks like it should work.

Video and hybrid shooters will like the NEO2’s CineSFX mode, which produces lighting effects such as police sirens and flashing lights, fire, paparazzi cameras, gunshots, flickering TV and other background effects. A Designer Fade feature, provides fade up/down effects that should be useful for video interviews.

The NEO 2 can be powered by six AA batteries or the included AC adapters that plug into a 2.1mm input covered by a flexible rubber flap. Using an (optional) D-Tap to 2.1mm cable, you can connect a brick-type battery to provide up to 10 hours of continuous power. Do not use standard alkaline AA batteries; NEO 2 requires high performance batteries, such as Lithium or NiMH. Rotolight says their LiONHEART rechargeable (NiMH) AA Batteries will provide 1.5 hours continuous light output at 100% power and lets you shoot up to 85,000 full-power shots.

The kit Include three four-piece filter kits (full and half diffusion, cosmetic peach skin diffusion and magenta) and a 10-piece color filter kit. Lightstands while bearing Rotolight stickers are clearly generic stands but seem built to a higher quality than you might otherwise expect, especially to hold a NEO 2 that weighs less than three pounds, without batteries. The light to medium-duty case is serviceable for tossing in your car.