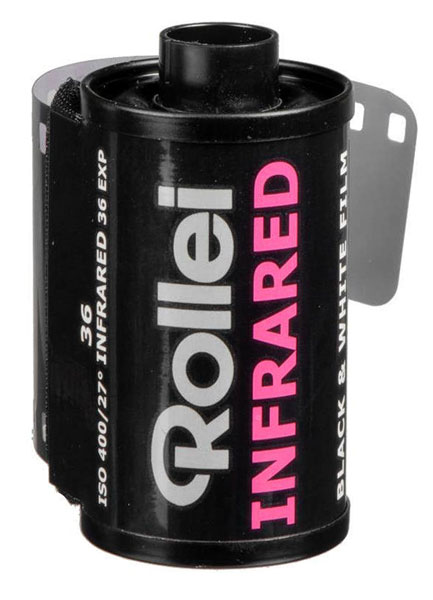 Eastman Kodak previously offered a black and white infrared film called High Speed Infrared (HIE) but you can still get IR film from Rollei and Ilford. Rollei’s Infrared 400 Black and White Negative Film has a sensitivity up to 820nm and an ISO of 400 without filtering. Proper exposures can also be reached by using special infrared filters producing results with an unusual tonal range. Special AURA effects can be obtained by overexposing film. It has high contrast, very fine grain and excellent sharpness and is especially suited for scanning.

Ilford offers its SFX 200 film, a medium-speed film with peak red sensitivity to 720 nanometers, which can be extended to 740 nanometers by using a deep red filter (25A) to produce infrared-like results. It has a nominal sensitivity of ISO 200 along with a wide exposure latitude and tonal range. More about nanometers (nm) and how that unit of measurement relates to infrared photography can be found here. 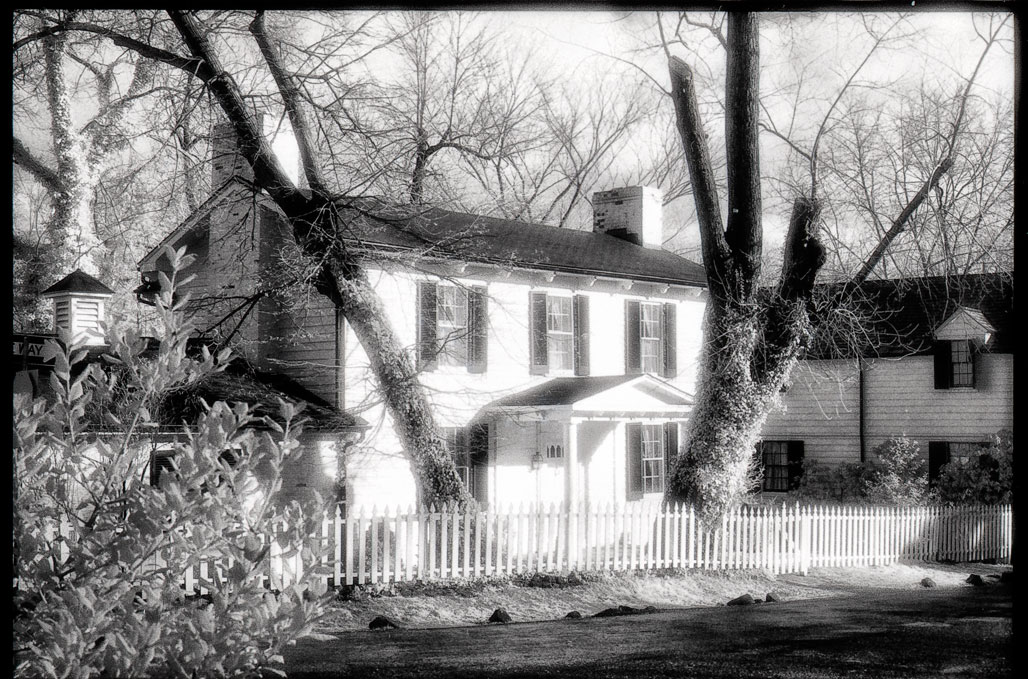 How I made this photo: The image at left was originally captured on a wintery day in my former Baltimore neighborhood, the 200-year old village of Dickeyville, using Kodak’s black and white high-speed infrared negative film. The film was processed in my old darkroom aka my kitchen. This film frame was scanned as a positive image and converted into what you see here. No exposure data was recorded back in those pre-EXIF days.

The downsides: Infrared film must be loaded into your camera in complete darkness to prevent fogging. You will also have to unload the camera in total darkness too and, most likely, process it yourself. Historically infrared films had the reputation that they could not be processed in plastic tanks but the JOBO tanks that I used back in the day have been tested to be compatible with IR films and work just fine. Since many film changing bags are not opaque to IR radiation, your biggest problem will be loading the film onto the reels before processing which is best done in a proper darkroom to adequately assure against fogging.

My book, The Complete Guide to Digital Infrared Photography is available from Amazon for $40 with used copies starting around for $18.46, as I write this. Creative Digital Monochrome Effects has a chapter on IR photography and is available from Amazon with new copies at $30.90 with used copies starting at a little more than two bucks, as I write this.