“Things ain’t what they used to be and probably never was.”—Will Rogers 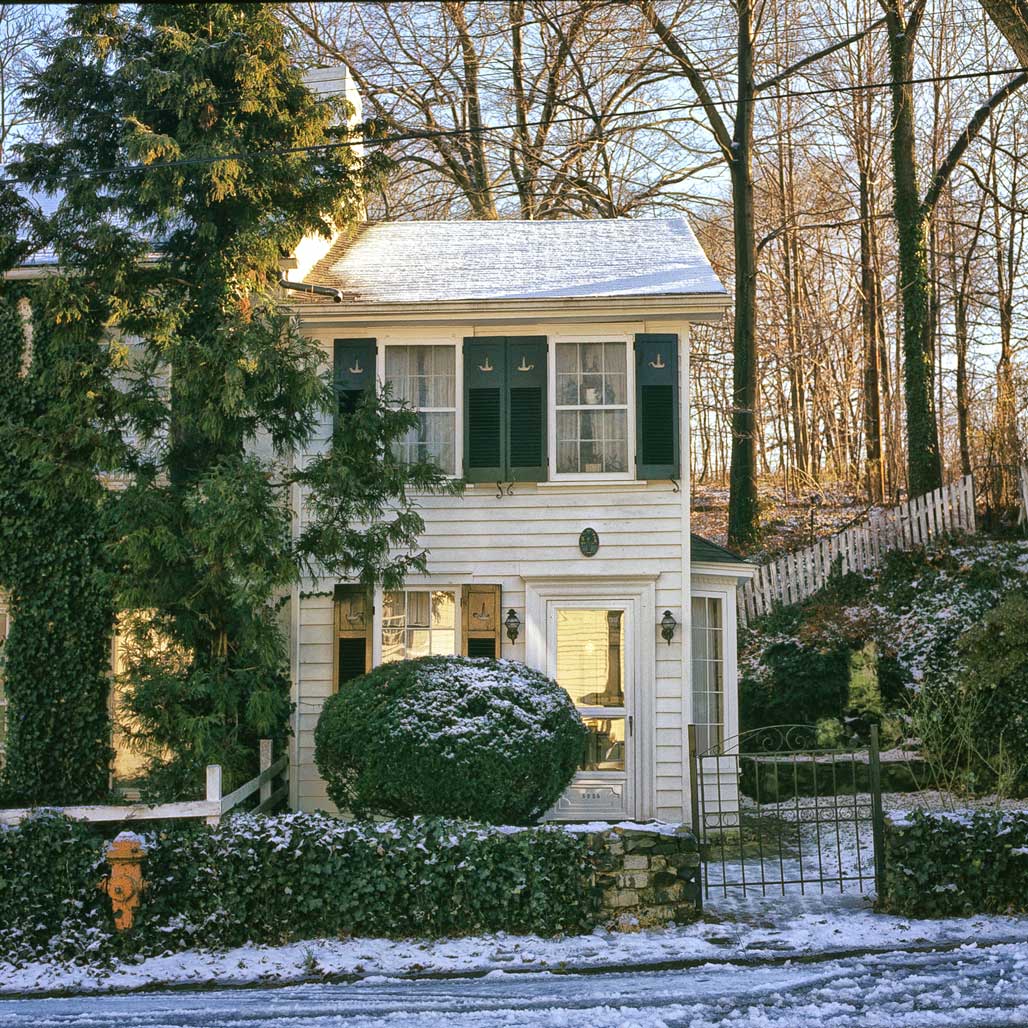 It’s National Maryland Day celebrating the seventh state to join the Union. Maryland’s coastal location brings with it a deeply rooted maritime heritage that includes an ocean battle defending the city of Baltimore at Ft. McHenry during the War of 1812. One witness to the action, Francis Scott Key. became so inspired that he wrote the words that later became our National Anthem. All of which got me to reminiscing…

On January 1, 1976, I made the above photograph of my former home in Baltimore in the 200-year old community of Dickeyville.  It was shortly before that I purchased my first Hasselblad, a chrome-bodied 500CM with black 80mm T* lens. Just to make everyone feel bad, I paid $667 for the whole package, including an A12 back. At the time, all of my friends thought that I was crazy, “You paid that much for a camera,” they told me.

How I made this shot: The above image was shot with that selfsame Hasselblad 500CM and 80mm f2/8 T* lens on Ektachrome 120 film, exposure unrecorded. It was digitized back when Kodak offered it’s wonderful (I still miss it) Photo CD scanning service.

The photograph of the house in Maryland where I was living at the time is one that I call “a long time ago in a galaxy far, far away…” because my life has changed so much since that time. So it’s not just the price of Hasselblad’s that’s different. Today that same camera in excellent condition is worth $1000, maybe more, while a new 50-megapixel Hasselblad H6D-50c is $14,995.

Somewhere along the line when Mary and I sold our studio, we also sold all our Hasselblads. Years later when nostalgia overcame me and I purchased another Hasselblad, a 503CW body as well as a Flexbody, but I was never able to afford to buy a lens or film back for either of these cameras, so I reluctantly sold them. Or as Chuck Berry once sang, c’est la vie, say the old folks, it goes to show you never can tell. For any film lovers out there, I still own and shoot a Hasselblad XPan. I purchased around the same time as the 503CW and Flexbody.

At the time I made the photograph of my home, I was working as an engineer for a Great Metropolitan Telephone company and trying to make my way as a professional photographer at nights and  weekends. Just a few years years after I made that photograph, my life drastically changed and that my friends is the subject of my book…

My 35th book, subtitled A Life In Photography, will be self-published band will be a combination of autobiography and guide to the business of photography. In short it’s about about learning to be successful by avoiding all of my mistakes. It is scheduled to be published real soon now and will be available as a free PDF download, because I believe that the COVID-19 virus has turned the world of professional photography upside down and maybe none of the old rules will apply.