…in which I share some of the dumb (photographic) things that I’ve done over the years and, for some reason, always seem to involve attractive women. Or as Bob Ross once said, “We don’t make mistakes, we make happy accidents.

It’s been a while since I posted a new installment in my Stupid Photographer Tricks series and it’s not because I’ve gotten smarter, it’s just that, as legendary photographer Don Feltner* might say, I haven’t gotten a round tuit. Here’s part Four: 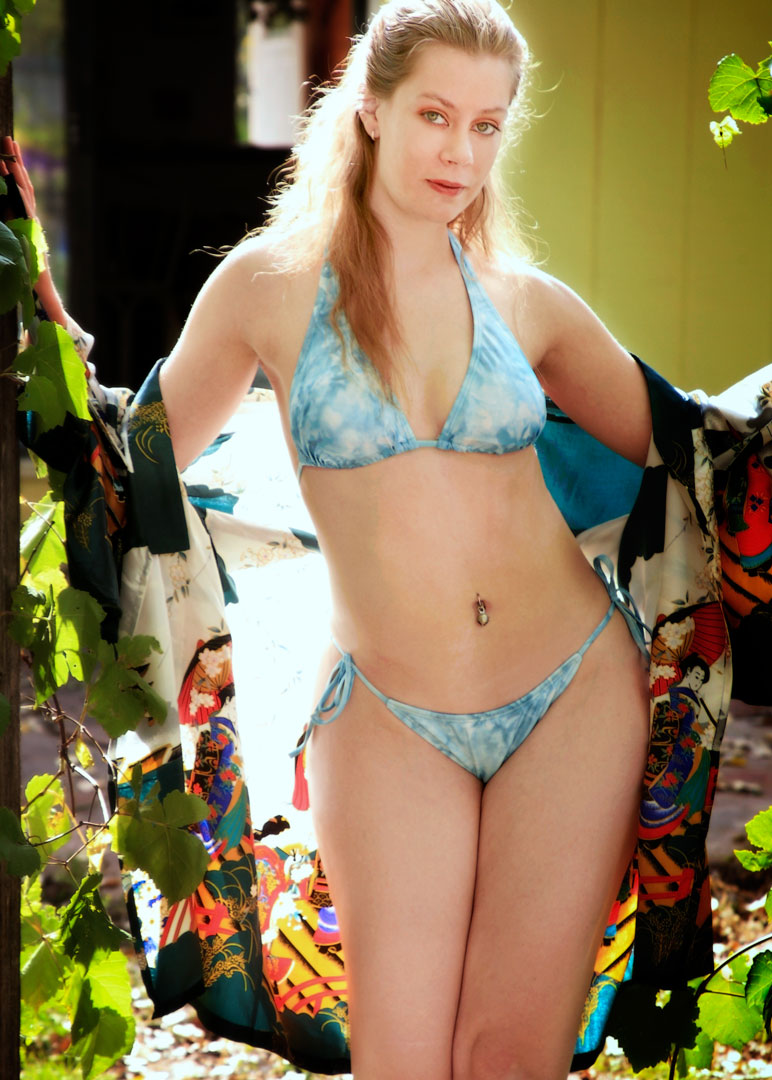 How I made this shot: Several years ago I was photographing Dottie, a young model at the group model shoots that were sponsored by John and Dawn Clifford in Fort Collins, Colorado. Dottie had a wonderfully retro 1969 vibe and even her name was reminiscent (in retrospect now) of a character in Quentin Tarantino’s film Once Upon a Time in Hollywood.

I photographed Dottie using a Canon EOS 5D Mark I with the EF 135mm f/2.8 Soft Focus lens that I have written about before. The soft focus setting was at zero, making this, for all intents and purposes, a standard EF 135mm lens. Exposure was 1/125 sec at f/7.1 and ISO 400 with a plus two-thirds exposure compensation. Because this was a backlighting situation I used my 550 EX speedlite as fill and here’s where it all goes horribly wrong…

While I’m backing up so I can make a full-length portrait of Dottie, all of a sudden, I trip over something and go a** over teakettle. I was OK but quickly noticed that my camera and speedlight were no longer together. At first glance, the camera seemed fine but then I noticed that the 550 EX’s mounting foot was no longer attached to it and that this part remained firmly mounted to the EOS 5D’s hot shoe. Now I’m sad. 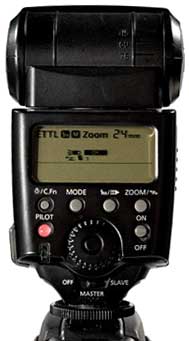 But I think, “I’m a big-time photo writer and I’m sure Canon will fix this for me.” So I contact a friend at Canon USA and he tells me,  “No problem. Send us the speedlite, we’ll fix it right away.” Three month’s later it arrives at my home having finally been repaired. So the next time you think photo writers get special attention from camera manufacturers, I’ll remind you that if you swap the term “photo writer” with “YouTuber,” you might be correct.

And as to my backing up while shooting habit? This incident cured me of it, at least for outdoor portraits; zoom lenses appear to be a much better idea. But I still do it in my home studio because I know where all the potential land mines are hidden.

* Once upon a time, my friend photographer Don Feltner gave me a round wooden coin that looked a lot like a “wooden nickel” except it said “tuit.” So now I have a round tuit,

Want to learn about photographing glamour models with available light? My book Available Light Glamour Photography is available new on Amazon.com for only $20.16 with used copies starting at $18.50, as I write this. The Kindle version is $28.45 for those preferring a digital format.