A Different Kind of Q&A: Infrared

I love to hear from our readers and sometimes the questions they ask might be similar to ones you might have. Like this e-mail that I received about infrared photography. And while this reader’s question was about IR conversions for his Olympus DSLR, my answer should apply to any DSLR owner who wants to convert their camera to infrared capture.

Q: I have three Olympus E-1 camera bodies and thinking about having one converted to infrared. I’m thinking of the 715nM conversion that would be similar to my current IR filter method. My latest attempts have been with my Olympus Pen E-P2 and Hoya R-72 filter. But when I use the filter with a mirrorless camera, I can see the image in the viewfinder, but dimly. I’m wondering what the experience will be with an DSLR? Focusing might be an issue, although I tend to use a short focal length lens and small apertures to maximize depth-of-field. I’m wondering what you think about this?—Bill. H, Sarasota, FL 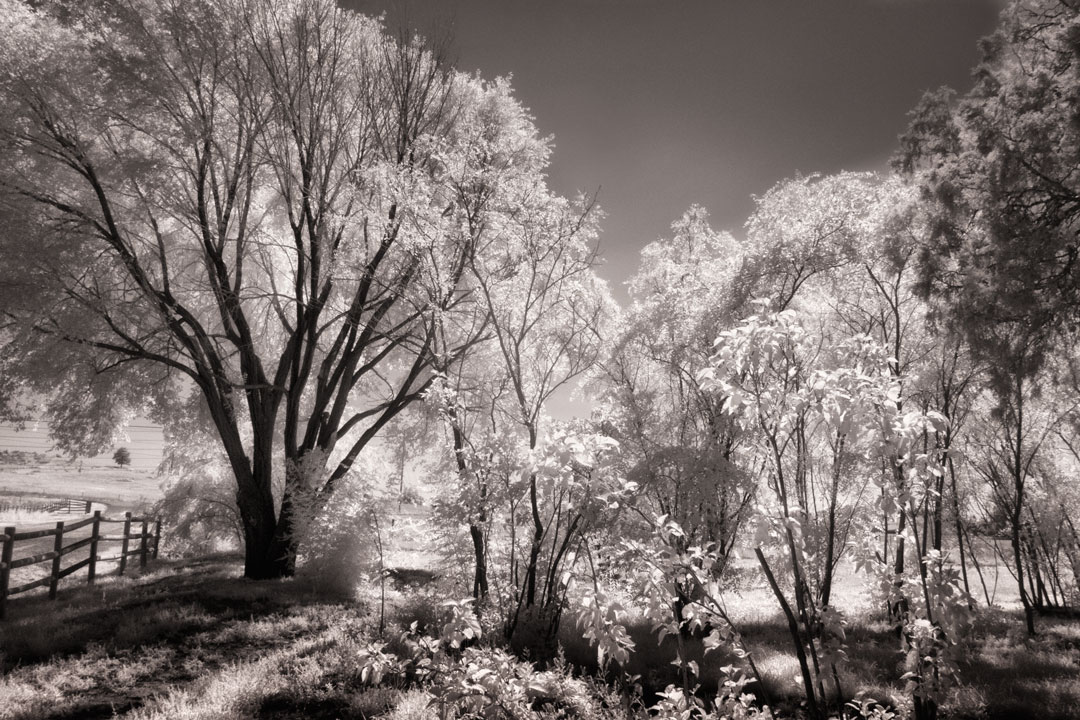 How I Made this Photo:I photographed this scene at the Hidden Mesa Open Space using a Panasonic Lumix G5 that I had converted for infrared by Life Pixel using their Standard IR (720nm) Filter. Lens was the Leica M-Mount Voigtlander Super Wide-Heliar 15mm f/4.5 Aspherical III that I borrowed from a friend. It was mounted to the camera using a Fotodiox M to Micro Four-thirds adapter that seems to have gone up in price (a lot) since I bought mine. The RAW file was converted to monochrome with Silver Efex Pro and then toned in PhotoKit 2 and tweaked using Color Efex Pro to add a soft glow and warm up the image.

A: Because they use a mirror, any DSLR, including the E-1, is going to have viewfinder visibility problems when an infrared filter is used on the lens. The E-1 has the advantage of a live view LCD screen so that might help somewhat, since the camera is probably going to mounted on a tripod. Mirrorless cameras, on the other hand, have electronic viewfinders that typically compensate for the filter making them easier to use, so your dim view with the E-P2 surprises me somewhat. The E-P2 has no real viewfinder and while it’s preview screen is good, its successor, the E-P3, has a slightly better LCD screen: The E-P2 screen’s resolution is 230,000 dots, while the E-P3 is 614,000. 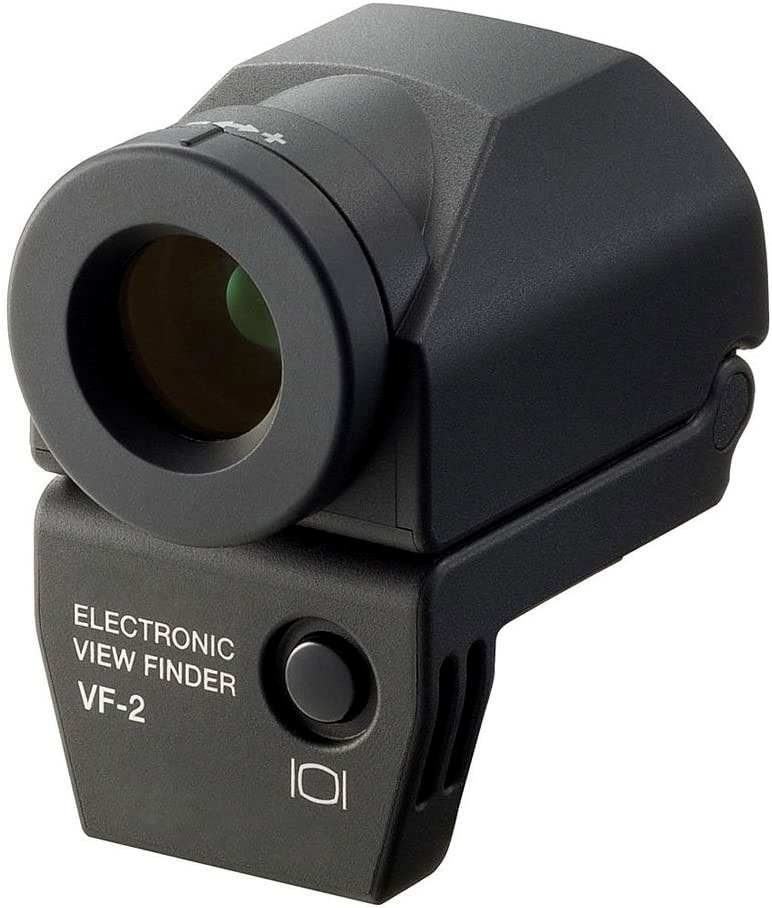 One thing that I’ve noticed is that every new mirrorless camera has an even better viewfinder and LCD screen than the one that came before it. Using an Olympus VF-2, (I found one of Amazon,) external viewfinder might be a good approach for your E-P2, It has a flip-angle eyepiece, allowing viewing from 0–90 degrees and with 1.44 million dots has a pretty good screen. It might help, might not, depending on the kind of shooter you are. I use the similar Panasonic LVF1 on my Hyper Color-converted Lumix GX-1 and like using it a lot.

Life Pixel converts many Olympus cameras to infrared but, off the top of my head, I don’t know of any company that converts the E-1 to IR. (If any readers do know of a company that does this, please let me know. and I will update this post.) Since the sensors are the same size as a Micro Four-thirds camera some companies might do it. If you like, contact LifePixel (info@lifepixel.com) and ask them.

My opinion: Having an DSLR converted to IR will be a revelation; you can shoot it hand-held, easily look through the viewfinder and shoot it like any other camera. And the results will be impressive. I used to own a Canon 50D that LifePixel converted and it was the best of the several IR-converted DSLRs I’ve owned. I’ve since sold it and, to be honest, most of my IR photography these days is done using either a Panasonic Lumix G5, G6 or GX1, all of which LifePixel converted for me. Like you, I shoot with wide-angle lenses and small apertures; they seem to capture the IR experience best.

Hope I answered your question.

My book, The Complete Guide to Digital Infrared Photography is available from Amazon for with new copies selling for $45.09 with used copies starting around eight bucks as I write this. Creative Digital Monochrome Effects has a chapter on IR photography and is available from Amazon with new copies at $23.30 with used copies starting at a little more than two bucks, as I write this. There’s no Kindle version available for either book, sorry.