The Monolight Advantage for Portraiture

“I think all art is about control – the encounter between control and the uncontrollable.” —Richard Avedon

A monolight is a self-contained studio flash that consists of a power supply, flash head and modeling light all wrapped up inside a single housing. Monolight are typically powered by AC current but there are times on location when an electrical outlet may not be so conveniently located and long extension cords can create safety hazards, even when securely fastened down. I’ve had people trip over taped cords and believe me; it can ruin your day 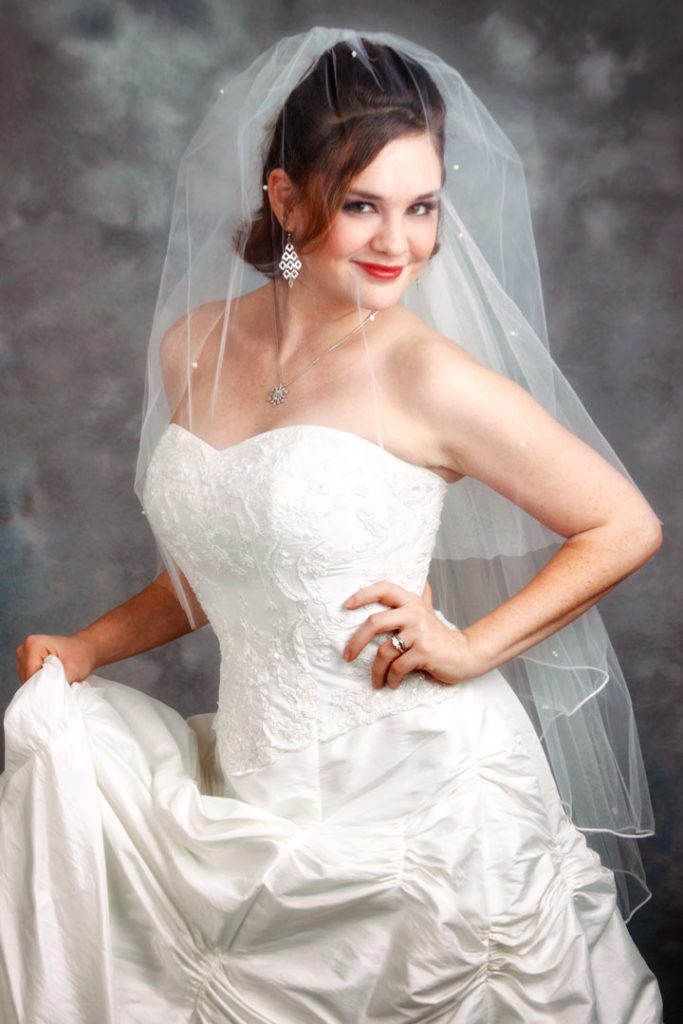 One of the guiding principles for the images in my magazine articles and book came from the late Jerry Deutsch who suggested that I use “real people” as subjects instead of professional models in my magazine stories, blog posts and books. While I still photograph professional models from time to time, I also photograph real people and aspiring models*, who are just one step removed from “real people.” Jerry felt that readers would be using cameras and lighting equipment to photograph everyday people, so why not give it a true test. I’ve been using monolights to photograph real people and they’ve served me faithfully for many years and many of the images in my book Studio Lighting Anywhere were made using those kinds of lights.

How I made this shot: The featured photograph of Courtney was the first bridal portrait I’d made in many years and she had already been married for a few years when I made this shot. The lighting setup consisted of placing a 300 Watt-second monolight at camera right with a 36 x 36-inch softbox attached that was used as the main light and a second 300 Watt-second monolight at camera left with a 64-inch umbrella that was set at relatively lower a power setting n=mainly to provide lighting for her veil. Camera used was a Canon EOS 50D with EF 28-135mm IS lens (at 60mm) with an exposure of 1/125 sec at f/9 and ISO 125. 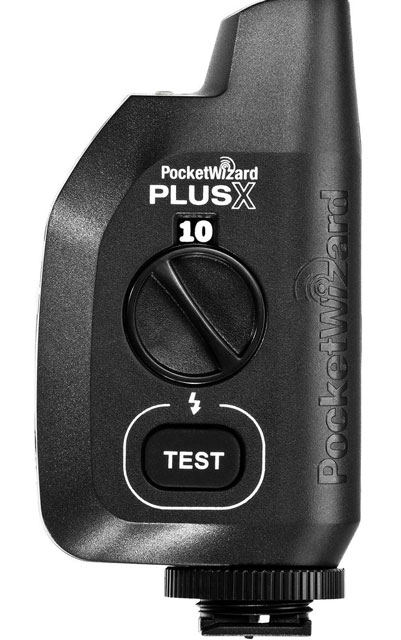 Tip: Monolights typically include a sync cord for attaching to your camera’s PC (Prontor-Compur) connection which is used to trigger the light when you trip your camera’s shutter. These days, not all DSLRs and mirrorless cameras have a PC connection and you might have to use a hot shoe to PC adapter to connect the sync cord from camera to the main light. Because of the high voltages across the tip of a sync cord, you should avoid using a cheapo adapter because it can fry the electronics inside your camera. If you want to eliminate the sync cord entirely, here’s another suggestion:

I’m a bit of a klutz when working in the studio and have, more than once, stumbled over a power cord and more times than I can count, over a sync cord. For me, and others like me, a wireless trigger, like the inexpensive ($89) Pocket Wizard PlusX is the best and safest solution for tripping the light fantastic. This unit has a range of (up to) 1600-feet and offers ten channels and is backwardly-compatible with all other PocketWizards and PocketWizard-enabled devices.

* If you have a friend (or maybe yourself) who would like to be my new muse, please contact me through the Contact page or send me an e-mail at joefarace at gmail dot com. There are more details here. We can schedule a test shoot or interview whichever is more convenient.

If you’re interested in shooting portraits and learning how I use cameras, lenses and lighting in my in-home studio or on location, please pick up a copy of Studio Lighting Anywhere that’s available from Amazon.com with new copies selling for $14.93. Used copies are selling from $6.94 as I write this, which is a heckuva deal for all of the useful information found in the book. The Kindle edition is $14.19 for those preferring a digital format