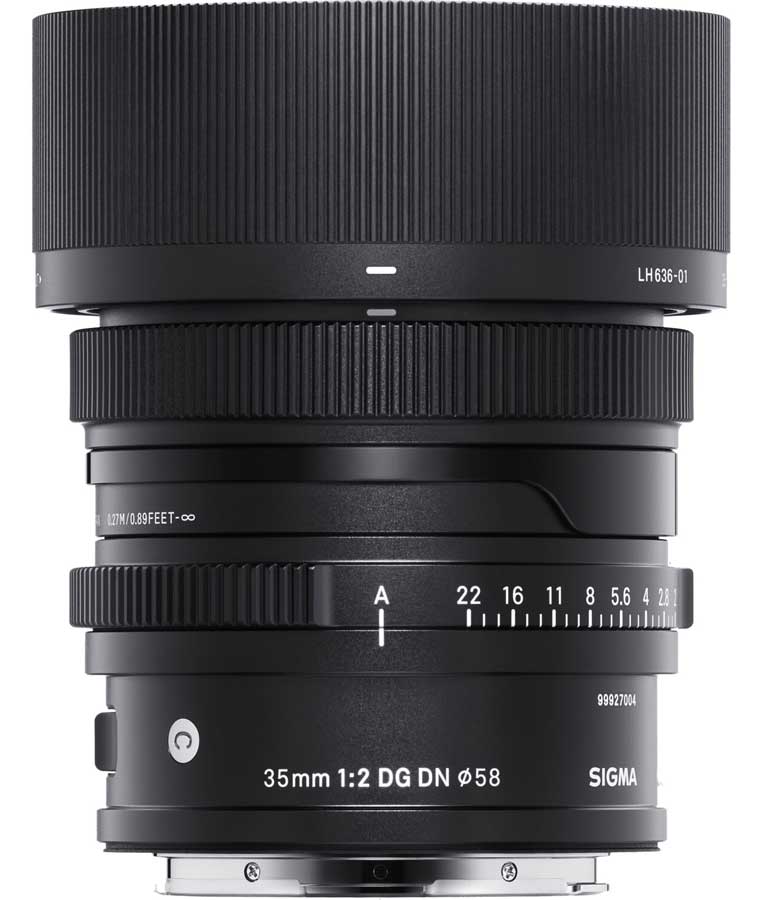 I recently received two Sigma lenses for testing that are part of the company’s I Series of premium prime lenses— the 35mm f/2 and 65mm f/2. Other lenses in the series include the 24mm f/3.5, which I hope to review in the near future. The lenses are available in Sony E-mount as well as the L-mount I received. I’ll be testing them with a Lumix S1R that’s on loan from Panasonic. Let’s start with the 35mm f/2…

Some Internet pundits feel the 35mm focal length (on a full-frame sensor) isn’t that useful because it’s not wide enough on one hand and not long enough on the other. I, however, think exactly the opposite. It’s these same characteristics that endear the 35mm prime lens to me.

Facts/Trivia/Opinion: Prime lenses can be sharper than zoom lenses because they typically don’t have extra glass elements which lets them produce better quality images because there’s less diffraction. This is usually caused by shooting at small apertures but diffraction also increases as the number of lens elements increase. For the best visual explanation of diffraction, please check out this video from Mr. Wizard, Don Komarechka.

The optical design uses ten elements in nine groups, including three aspherical elements and one SLD (Special Low Dispersion) element to minimize aberrations and distortion. Super Multi-Layer Coating controls ghosting and flare. Sigma says the lens’s 63.4 degree field-of-view is useful for landscape, street and reportage” but I think their assessment is too narrow and believe it’s a useful all-around lens. While designed for full-frame L- and E-mount mirrorless cameras, the lens can also be used with APS-C sensor models where it provides a 52.5mm equivalent focal length. 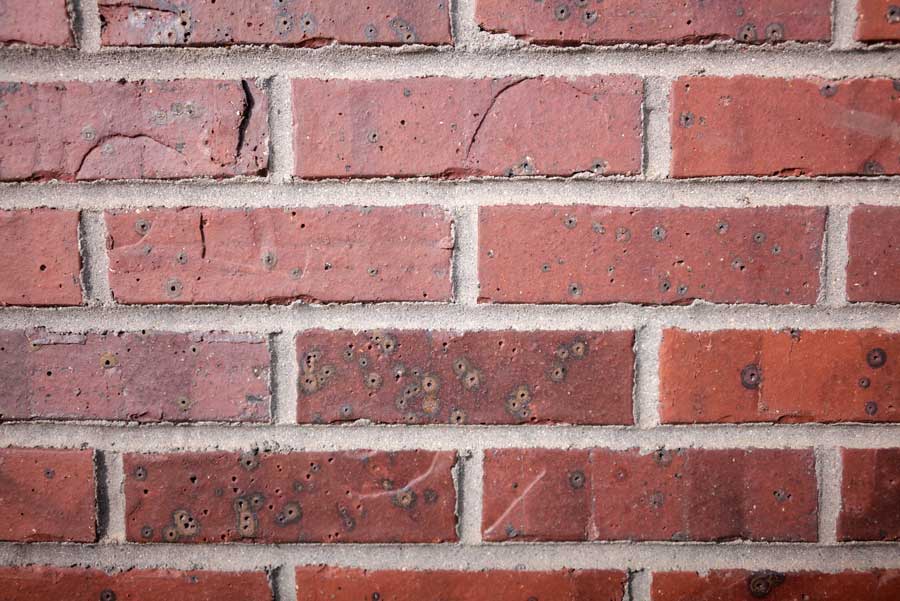 Brick Wall test: I headed out to a wall of well-laid bricks in Downtown Parker, Colorado. During my brick wall test the camera is tripod mounted and I shoot more than one frame at each aperture. With full frame cameras my ISO setting is usually 400. At f/2.0 images from the 35mm f/2 lens (at right) are acceptably sharp corner-to-corner with no distortion but some slight vignetting at the bottom of the frame. (See my post on sharpness here.) When stopping down, even to f/2.2 the image becomes noticeably sharper and vignetting begins to disappear. By the time you get to f/2.8, vignetting is gone and overall sharpness continues to improve until you get to the sweet spot of f/8, when it’s downright impressive. Sunstar performance was adequate but not up to the sharpness created by Sigma’s 24-70mm f/2.8 DG DN Art Lens. Some multicolored flare showed up under these high stress conditions but didn’t occur in any real world photography. 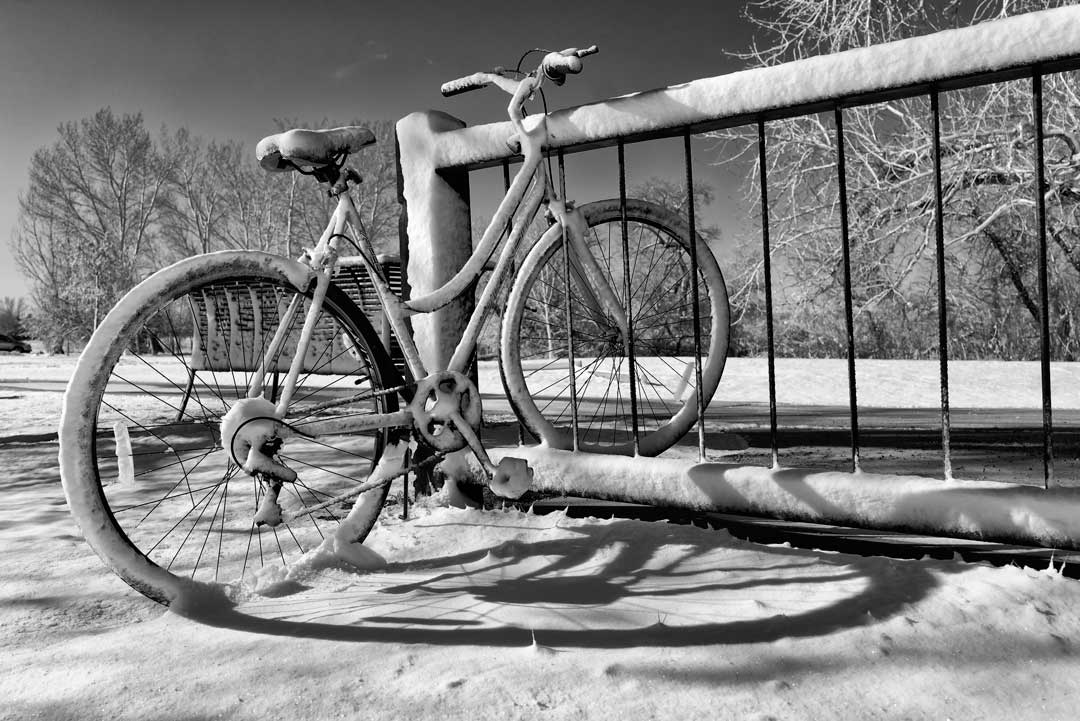 How I Made this shot: Here I’m doing some impromptu cold weather testing with Sigma’s 35mm f/2 DG DN Contemporary lens at McCabe Meadows with the thermometer hovering at 14 degrees F yesterday morning. I was a bit chilly but the lens worked perfectly. Camera used was a Panasonic Lumix S1R with an Av exposure of 1/2500 sec at f/7.1 and ISO 320. Originally captured as a color JPEG file, the image was converted to monochrome with Silver Efex Pro to add drama.

Fit and finish on the Sigma 35mm f/2 DG DN lens is impressive and may even be up to German lens (cough, Zeiss) standards. It has all-metal constriction with a brass bayonet mount with rubber sealing making it dust- and splash-resistant. As with all I Series lenses, the 35mm f/2 features a manual aperture ring that include an ‘A’ position for camera-based aperture selection but I preferred changing f/stops on the lens because it’s faster and more intuitive. This is a feature more lenses should have.

The lens features a stepping motor for quick and quiet AF for photo and video. This is complemented by an internal focusing design with a rounded nine-blade diaphragm for a smooth and smooth bokeh quality. Shooting video with the 35mm f/2 was simple; it just works. Concurrent with still images that were made for this post and other testing, I’m shooting video footage at all of the locations where images with these sigma lenses were made. Look for a finished video it real soon now.

Unlike some recent Sigma fast lens designs, the 35mm f/2 I Series lens is compact. It measures 2.8 x 2.6-inches, weighs just 11.5 oz. and uses affordable 58mm filters. A metal lens hood is included at no additional cost. In addition to the standard grippy Sigma lens cap, there’s also a magnetic lens cap that’s compatible with the optional ($29) CH-11 Lens Cap Holder. This seems like a gimmick until you try it; it works even better than you can even imagine.This lens is compatible with the optional ($59) UD-11 USB Dock for fine-tuning different lens characteristics and updating its firmware.

This wraps up the first phase on my testing for Sigma’s 35mm f/2 DG DN Contemporary Lens. Following up I will be doing a Field Test  at a upcoming Cars & Coffee event at the Vehicle Vault in Parker, Colorado (weather permitting.) When I do, look for that test on my car photography blog. Check social media including Twitter for an announcement of when that post becomes available.