Shooting Macro With a Teleconverter 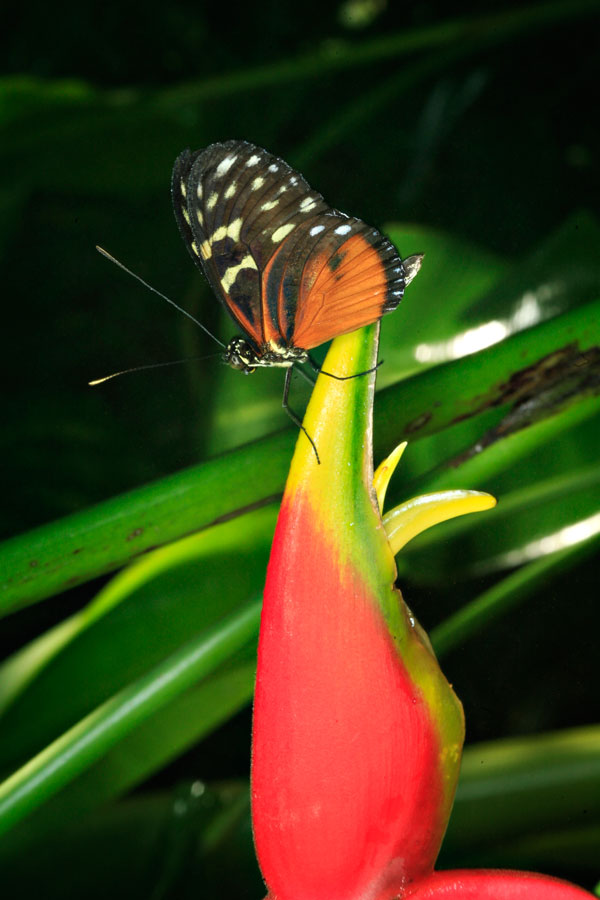 Teleconverters are small optical devices that fit between your camera body and lens producing greater magnification and increasing the lens’s focal length.

A 2X extender doubles the focal length of the lens but there’s no free lunch. It also gobbles up light to the tune of two f/stops. That’s not a bad trade but if you put it on a slower lens it can cause focusing problems. That’s because many AF systems require a maximum lens aperture of f/8 or less in order to function effectively.  So do the math before attaching a 2X extender to a smaller aperture zoom lens and be sure to read your camera manual, as painful as that may be for some of us.

How I made this shot: Having a teleconverter is also useful for macro work because it magnifies the size of small objects, such as this butterfly that was photographed at Denver’s Butterfly Pavilion using a Canon EOS 5D and  EF 50mm f/2.5 Compact Macro lens and 2X teleconverter. Exposure was 1/25 sec at f/14 and ISO 400 with a Canon MR-14 EX II ringlight as a light source. 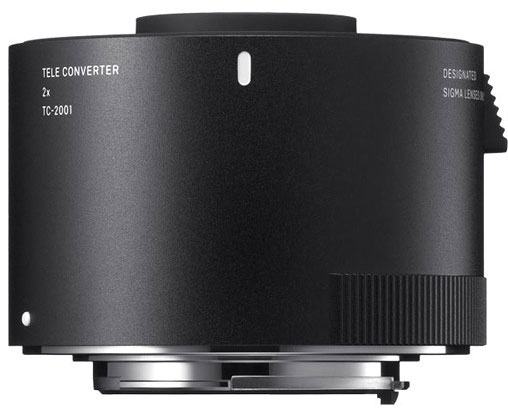 There are times when you don’t need a 2x lens conversion and other times when you just can’t afford the two stops of light loss. That’s when you may need something like a 1.4x teleconverter that turns a 300mm lens into 420mm but only decreases the maximum lens aperture by one f/stop. Having two teleconverters in your camera bags triples the number of focal lengths available and the prices ($329 for Sigma 2X models) for these devices represent an optical bargain.

If you enjoyed today’s blog post and would like to buy Joe a cup of Earl Grey tea or maybe a cup of hot chocolate ($2.50), click here. And if you do, thanks so much.