Like a disk jockey, we do occasionally play requests. Last week I noticed the popularity of posts featuring black & white and monochrome images, so today…

Black and white is a wonderful media for making portraits because the lack of color helps to simplify the image, allowing the viewer to focus on the real subject of the photograph instead being distracted by their clothing or surroundings. Sometimes the very nature of the portrait subject demands that the image be photographed in black and white. Take Arnold Newman’s 1946 portrait of Igor Stravinsky, for example, it could have never been made as effectively in color. 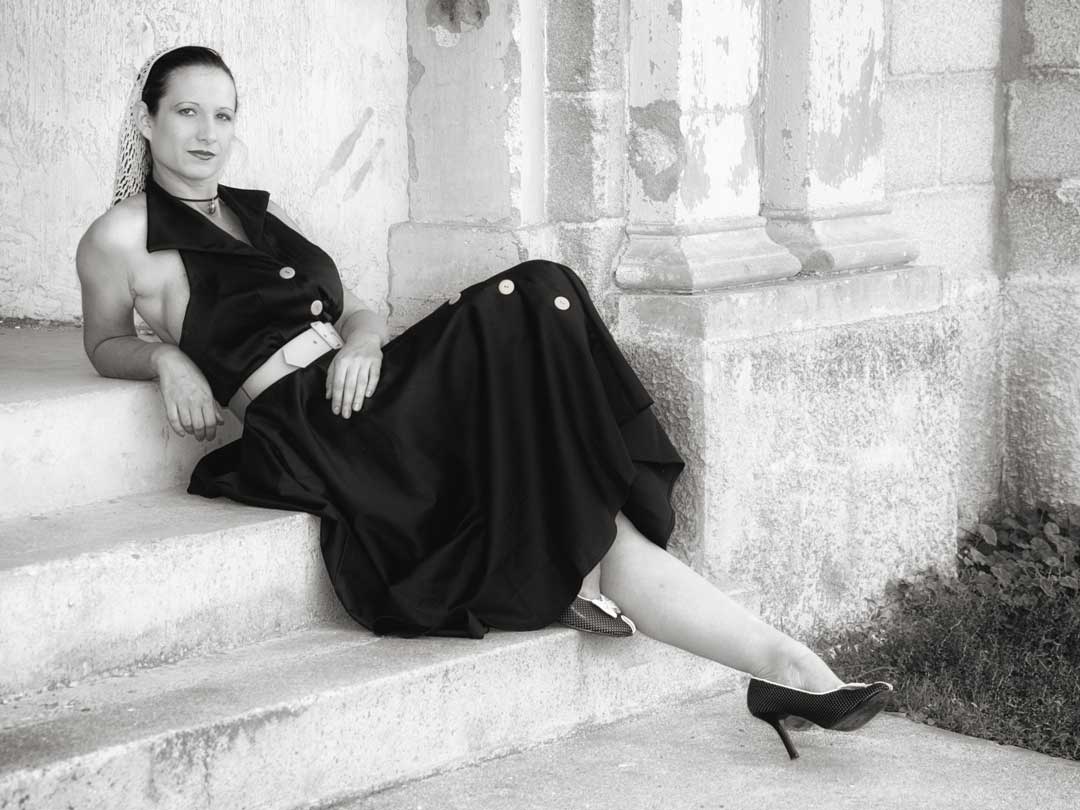 Then here are also the trendy aspects that are associated with creating photographs in black and white. Motion pictures and fashion magazines periodically rediscover black and white as a way to reproduce images that are different from what’s currently being shown. A perfect example is the heart breakingly beautiful Blancanieves, a silent but contemporary Spanish black-and-white film that re-imagines the Snow White myth that if you haven’t seen, you simply must. 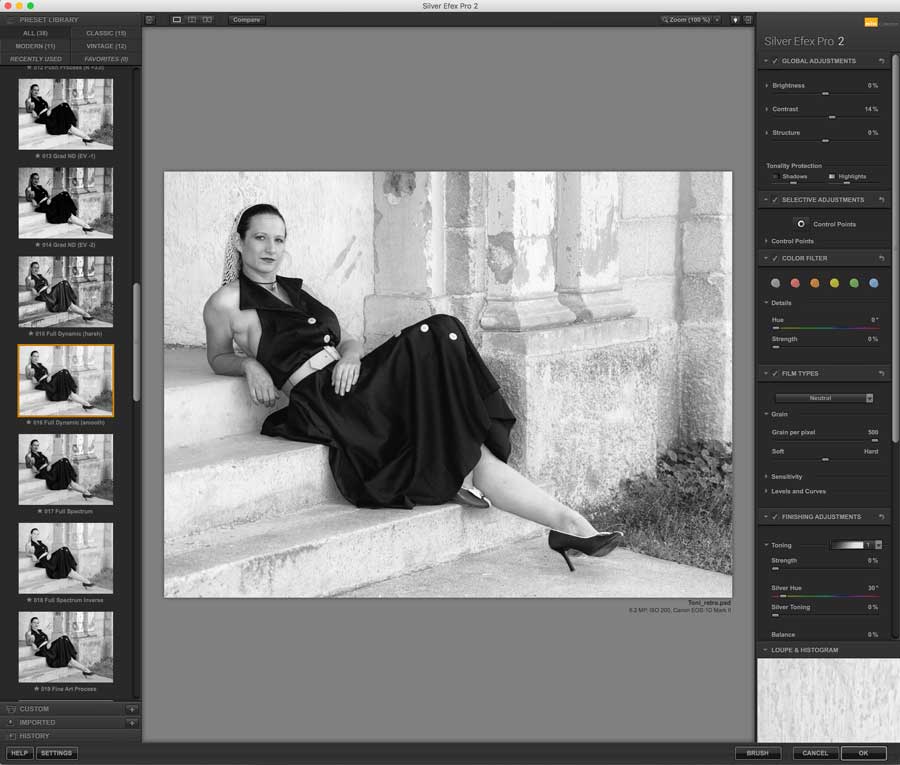 Pre-pandemic, many professional photographers told me they saw a higher than normal demand for black and white portraits than previously was the case. Individual and family portrait decisions like these are also driven by these same trends. It’s something to think about for your next portrait shoot and since you can shoot in color and convert later to black & white, you still have that color original just in case…

How I made the above shot: Sometime the locations and subject’s clothing dictate a pose. The steps on a then-unrestored (now restored) 1928 armory in Brighton, Colorado were a natural place to pose Toni wearing a retro outfit that complimented the pose. It was shot with my Canon EOS 1D Mark II N and EF 100mm f/2.8 Macro USM lens and an exposure of 1/100 sec at f/7.1 and ISO 200. I used Silver Efex Pro to create the monochrome image using the Panatomic X preset along with a little burning and dodging from Pixel Genius’ PhotoKit 2. Then I added a dash of Glamour Glow filter with the slider for Glow Warmth kicked up a little bit.

My book Creative Digital Monochrome Effects is available from Amazon for $23.19, with used copies selling for around two bucks as I write this. That’s cheaper than a Starbucks latte, so get’em while you can. Sorry, there’s no Kindle version for those preferring a digital version.