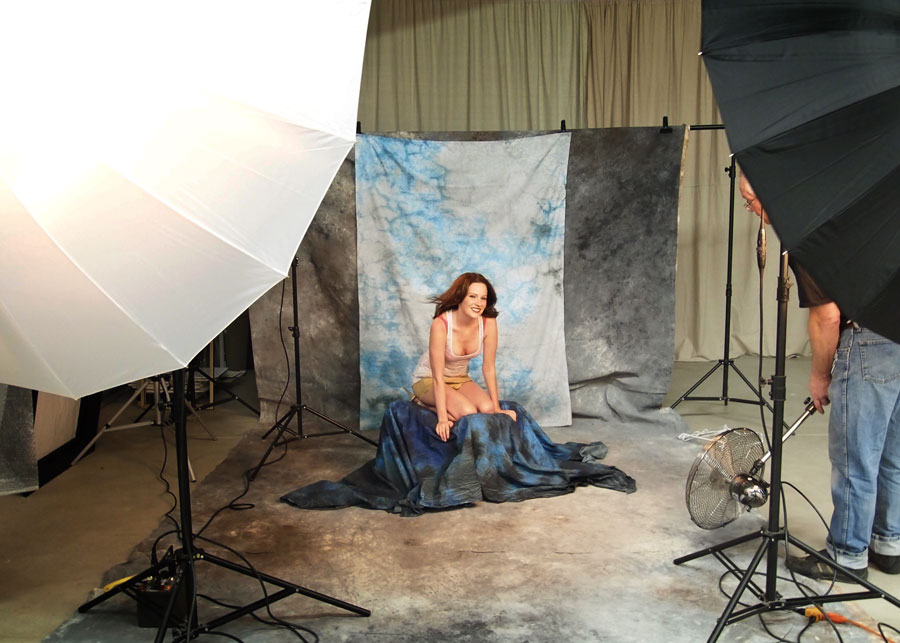 The short answer is that “you bet it does.”

There’s an old photographer’s saying called ESP that means Expression Sells Portraits. It’s based on the assumption that the subject’s expression tells the story of who they are and that, when successfully captured, leads to more portrait sales. If a portrait subject only has one look on their face during the entire session, their portfolio or your presentation of images to them will appear monotonous. And if they don’t like the expression? No sales.

Tip #1: Be sure to look at both sides of the subject’s face. Most people—even supermodels—have one side of their face that photographs better than the other side but don’t let that stop you from posing them one way or another. It’s something you should keep in mind and is the subject of this coming Wednesday’s post.

Tip #2: And this is something I learned from a workshop with Leon Kennamer during film days. The first shot he made during a portrait session would be with a Polaroid back mounted on his camera. He would make a shot and show the print to the client asking, “How do you like your hair?” Believe me the only thing more important to a client—male or female— than expression is their hair. 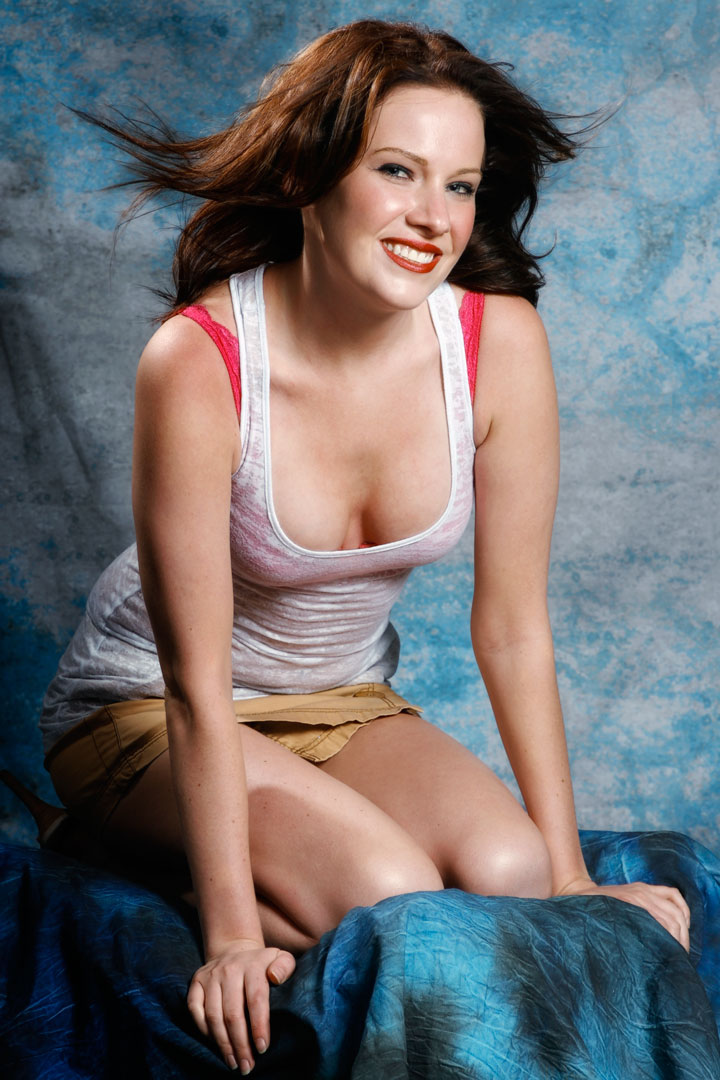 How I made this shot: Colleen Brianne is a vivacious model whose beach attire looks appropriate against this Acqua Colorsmack backdrop from Silverlake Photo Accessories. The portrait was shot in the wonderful (and big) studio of my friend Jack Dean in Fort Lupton, Colorado. Lighting was provided by his Dynalite SP2000 system along with its multiple heads.

Lighting setup: Four heads were used tor this portrait of Colleen wearing a summery outfit. At camera left, a 60-inch silver umbrella was mounted on the main light head while a 75-inch white umbrella was used in bounce mode as fill and placed at camera let. Out of frame of the above left setup shot, two other heads  a small lightbank mounted on a third head was at camera left and used as a hair light and a fourth head was aimed at the Colorsmack backdrop. That’s Jack Dean himself (at right) in the setup shot holding a fan we used as a wind machine.

The portrait was shot in RAW+JPEG mode using a Canon EOS 1D Mark II N and EF 135mm f/2.8 SF lens with an exposure of 1/125 sec at f/11 and ISO 100. The RAW file was retouched using all my typical retouching techniques before lightly applying the Glamour Glow filter from Color Efex Pro.

If you’re interested in learning how I shoot portraits and how I use cameras, lenses and lighting in my in-home studio and on location, please pick up a copy of Studio Lighting Anywhere which is available new from Amazon.com for $23.09 or used copies starting at the affordable price of around two bucks as I write this. The Kindle version is $19.99 for those preferring a digital format.