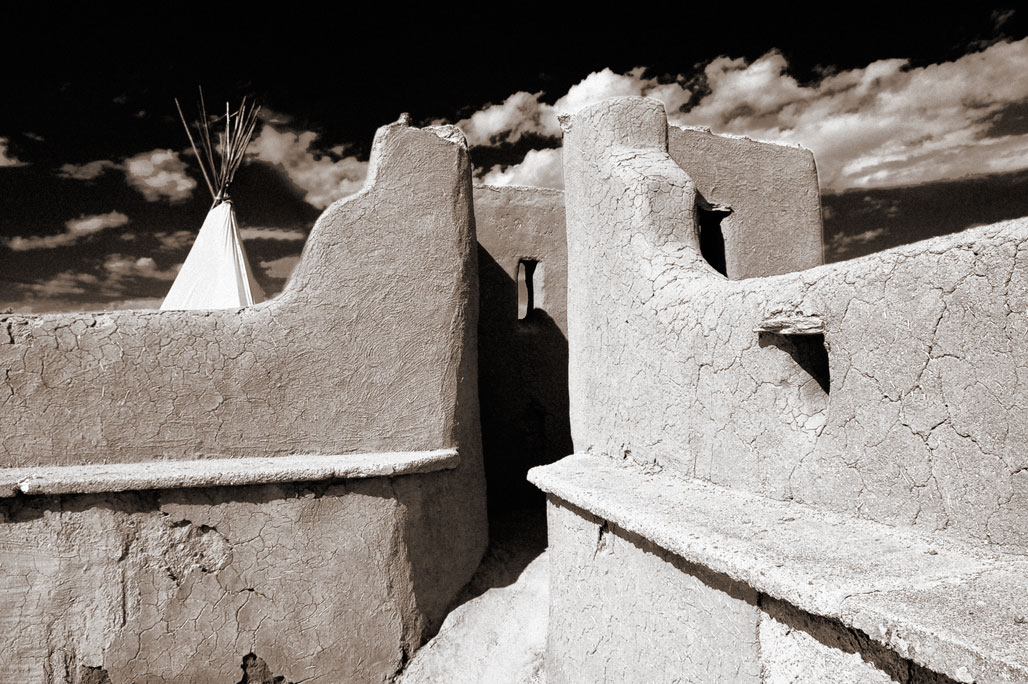 Fort Vasquez is a former fur trading post that is located 35 miles northeast of Denver and was founded in 1835 by Luis Vasquez and Andrew Sublette. They built the fort after obtaining a trading license from William Clark, the Superintendent of Indian Affairs. Along with competition from other trading posts, they traded with other furriers, trappers, mountain men and Native American tribes including Arapaho and Cheyenne. Unable to turn a profit, they sold Fort Vasquez to Lock and Randolph in 1840 who subsequently went bankrupt and abandoned the structures in 1842.

During the 1930’s, the fort was restored by the Works Progress Administration. The present day Fort Vasquez is located on Highway 85 near Platteville, Colorado and is a reconstruction of the original adobe trading post.  In 1958, History Colorado took possession of the property and runs it as a museum to display exhibits of the fur-trade era.

How I Made this Shot: This is a view of one corner of a wall of Fort Vasquez that appears to have shot using an infrared camera but it is not. The camera used was the Pentax K100D Super and lens was the DA* 16-50mm f/2.8 set at 16mm. Exposure was 1/320 sec at f/7.1 and ISO 200. Image was converted to monochrome using Silver Efex Pro and then sepia toned using PhotoKit 2, an amazingly useful (and now free) Photoshop-compatible plug-in that has many more uses than simply toning.

Copies of my book Creative Digital Monochrome Effects is available from Amazon with new copies selling for $23.80 with used copies starting around two bucks, way less than your next coffee at a Starbucks drive-through. No Kindle version is currently available, sorry