Pamela Simpson: In the Pink

Burlesque girls were alchemists. They were steel-tough performers who were willing to use kitchens as dressing rooms, haul their costume bags through the snow, and go into debt over fake diamonds, all for the five minutes onstage when they were goddesses. — Molly Crabapple 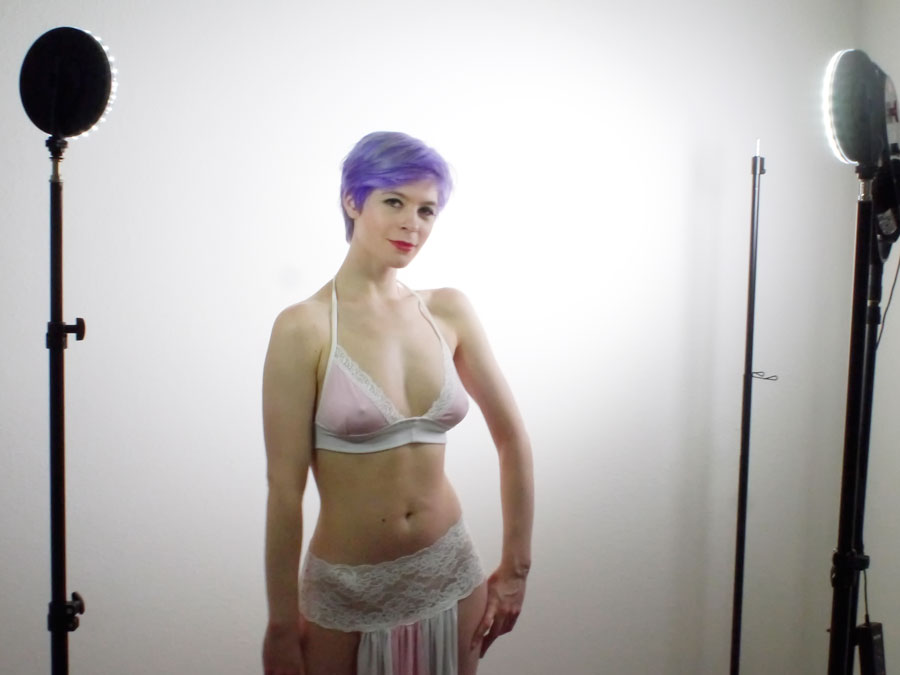 Inspired by Gary Bernstein’s book Burning Gold, I decided to publish a different portrait of the same model, in this case Pamela Simpson, over the next who-knows-how-many Sundays in September.

During this time I’ll be featuring a different image of Pam that was made over the five years that I was privileged to have photographed her. This series will showcase all of her many, many looks in many different styles. Today’s portrait is from our thirteenth session together on June 20, 2014 and had a burlesque theme 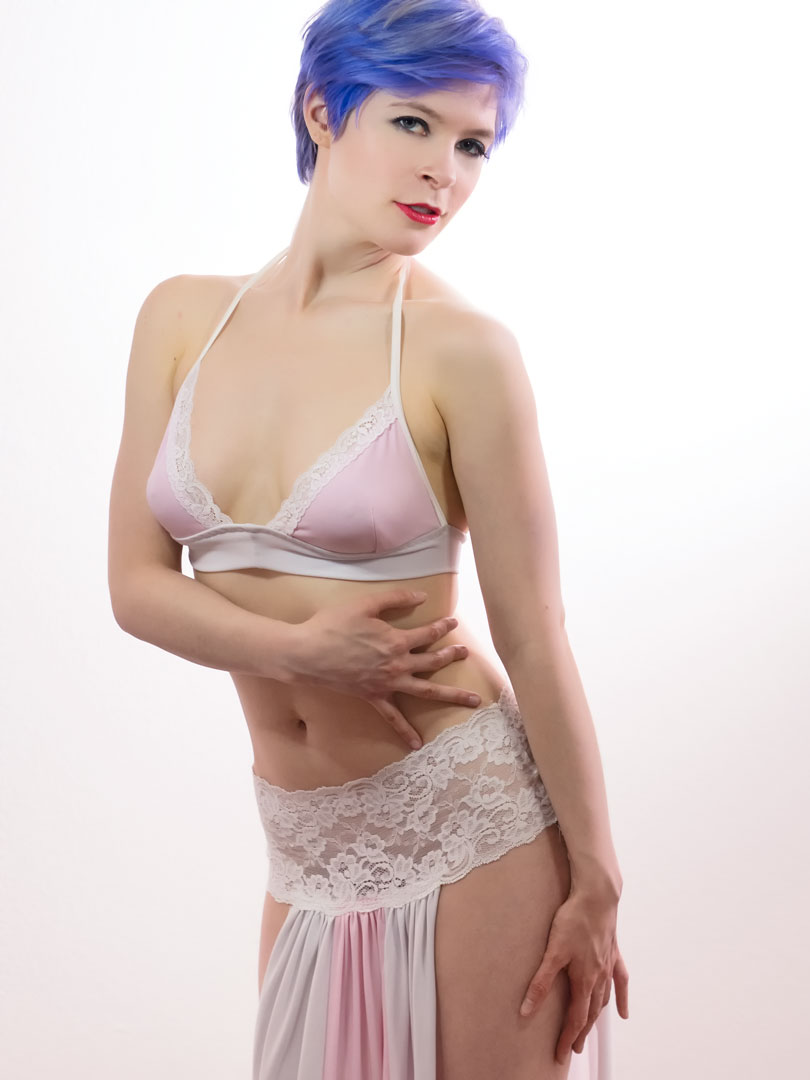 Burlesque derives from the Italian burlesco, which, in turn, is derived from the Italian burla. In the United States, the term refers to performances in a variety show format that were popular from the 1860s to the 1940s, often in cabarets and clubs, as well as theaters, and featured comedy and female striptease. Some films attempted to recreate the spirit of these performances from the 1930s to the 1960s, or included burlesque-style scenes within dramatic films, such as 2010’s Burlesque. Since the 1990s, there has been a resurgence of interest in this format and I don’t know if Pam participated in these events or not but her attire for this particular session certainly echoes this genre.

How I Made this Portrait: Pam was bracketed by two Rotolight LED RL-48 LED light as shown in the lighting setup photo. Background was my formerly white-painted (not 18% or thereabouts grey as it is now) studio wall to give the finished portrait a high key look. The camera used was Panasonic Lumix GH4 with Olympus M. Zuiko 45mm f/1.8 lens with an exposure of 1/80 sec at f/2.5 and ISO 800 with a plus two and one-third stop exposure compensation to enhance the high key look. Image was processed using my normal retouching techniques, plus Dfine to minimize noise and Color Efex Pro’s Glamour Glow filter was applied for the final touch.

Gary Bernstein’s book Burning Cold is long out of print but new hardcover copies are available from Amazon for $19.99 and used paperbacks starting around four bucks, as I write this. Ms. Simpson is featured on the front cover and on several inside pages of my book Posing for Portrait & Glamour Photography. New copies of my book are available from Amazon for $29.95 with used copies starting around 19 bucks, as I write this. Kindle copies are $28.45 for those preferring a digital format.