On May 30, 1916, President Woodrow Wilson issued a proclamation declaring June 14th to be Flag Day. In it, he said “It is the anniversary of the day upon which the flag of the United States was adopted by the Congress as the emblem of the Union.”

On June 14th, National Flag Day honors Old Glory and commemorates the adoption of the United States flag on June 14, 1777. It’s a day that Americans show respect for the U.S. Flag and all that it represents. 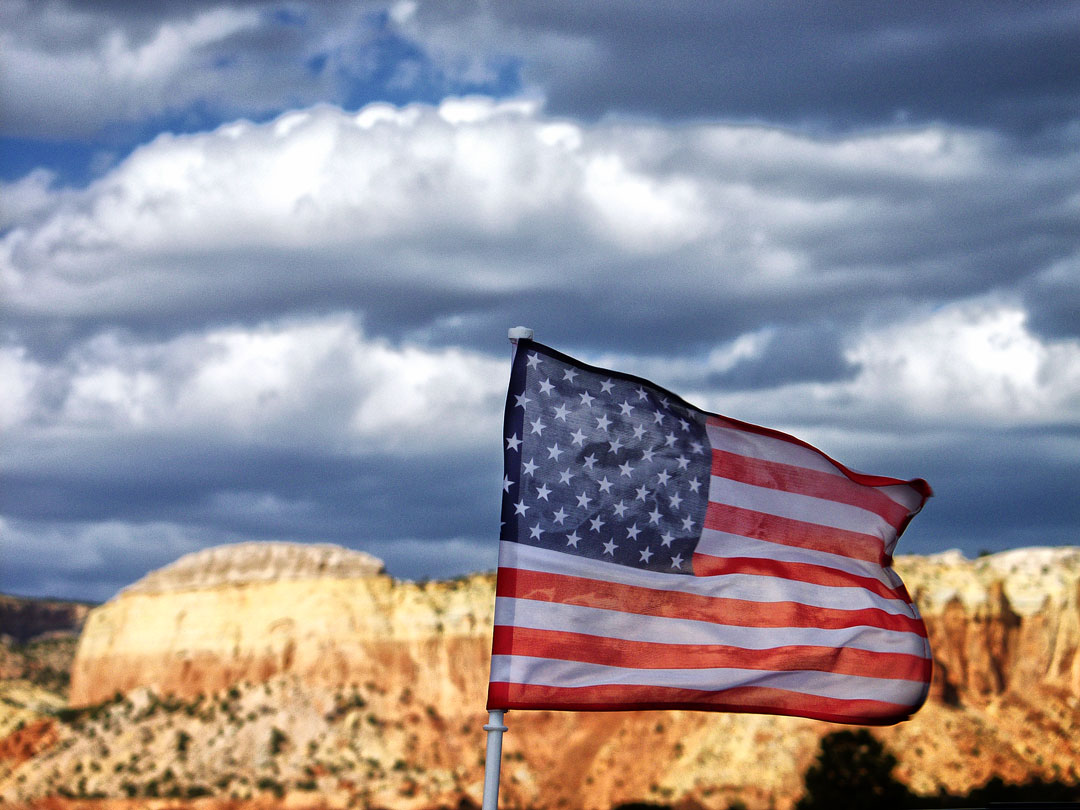 While Betsy Ross has been given credit for stitching the first American flag, there isn’t any sound evidence that supports this story. On the other hand, there isn’t any evidence that disproves it, either. So let’s give Betsy the benefit of the doubt. Part of the confusion is that there were several designs in consideration at the time. During revolutionary times, several standards were carried that bore red and white stripes with varying symbols where the blue field and stars now reside. And there were many different flag makers and more than one of them claim to the first.

Since 1777, the design of the flag has been officially modified 26 times. For 47 years, the 48-star flag was in effect and was, in fact, the one that I grew up with. In 1959, a 49-star version became official on July 4. President Eisenhower ordered the 50-star flag on August 21, 1959. Seventeen-year-old Robert G. Heft of Ohio designed the 50-star American flag. His was one of the more than 1,500 designs that were submitted to President Dwight D. Eisenhower.

Many people have died protecting our country. On National Flag Day, be sure to raise the flag and fly it proudly.

How I Made This Shot: I made this image somewhere near Taos, New Mexico using an Olympus E20 with 9-36mm lens (35-140mm equivalent) lens at 36mm with an exposure of 1/500 sec at f/4.5 and ISO 80. On January 6, 1912, New Mexico became the 47th state star in the flag and was admitted to the Union when President William Taft signed the New Mexico statehood bill.

If you enjoyed today’s blog post and would like to treat me to a cup of Earl Grey tea ($2.75, Starbucks has raised the price of Earl Grey), please click here. And if you do, thanks so much.