How Many Megapixels Are Enough?

Some Today for Today by Joe Farace 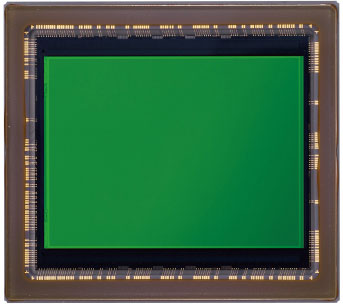 After  FUJIFILM announced that its GFX 100 Medium-Format Camera would have a 102 megapixel imaging sensor, I had to dust off and update one of my old posts that addresses the question of “How many megapixels is enough?”

After a long day slaving away in the digital darkroom, I was sitting in Brady’s Bar having a tall cool one when Patrick walks through the swinging doors looking like he just lost his last cigarette. But he hadn’t. He dropped his lanky frame onto the stool next to me, stuck a Lucky Strike between his teeth, lit it with a Zippo and inhaled:

“Did you see the announcement about the 100 megapixel Fuji?”
“Yup,” says I. Mom always said I was loquacious
“I’m sick of this megapixel race; how much is enough?”
“Gee I dunno, Patrick. It’s like Ferraris. You can’t legally drive’em on the street at their top speed but they keep makin’em anyway.”
“But I just bought an 24MP camera just to find out that it’s already obsolete.”
“You can still use it to take pictures, can’t you?” I inquire cagily.
“Yeah, but how many megapixels are enough; when are they gonna stop?”

It was time to get on my soapbox and tell Patrick about one of Farace’s Immutable Laws of the Imaging Universe. So I stroll over to the jukebox, drop in a quarter and play, B10. To the sounds of Jerry Lee Lewis’ “A Whole Lotta Shakin’ Goin’ On,” I explain it to him this way…

“Ya see, Patrick,” I begin, “back in the day, some people thought that 35mm didn’t give’em enough image quality so they wanted to use bigger pieces of film, even measured’em in centimeters. Other folks come along and think this centimeter-sized film rolls don’t produce enough quality either so they decide to use sheets of film, some as big as four by five inches, then some other guys wanna top that and want to use eight by ten pieces of film.”

While trying to digest all this, he motions to the bartender to bring him an O’Doul’s and chugs it down in a single gulp, and then looks at me for more, so then I gives it to him.

“Then, Patrick. Some genius is gonna figure out that film ain’t flat enough so he’ll use pieces of glass but they gotta be bigger than eight by ten, maybe even eleven by fourteen inches!”

He crumbles up his pack of Luckies, tosses it into an old Gayety Show Bar ashtray and asks, “What’s the point of this story anyway.” So I tells him: “it’s simple, some people are never satisfied.”

A note about today’s post: There really was a Brady’s Bar back in the day. It was located on Chester Street right around the corner from where I lived as a kid in Baltimore. It was also around the corner from my grandparent’s home and when I was a kid, my grandad would take me to the bar and treat me to a sarsaparilla and a bag of peanuts while he hung out with his pals. I’m not sure if they had a jukebox, though. But Brady’s really had swinging doors, sawdust on the floors and spittoons. So while Brady’s is as real as a FujiFilm GFX, most of today’s post is stuff that I made up.