Book Review: The Command to Look 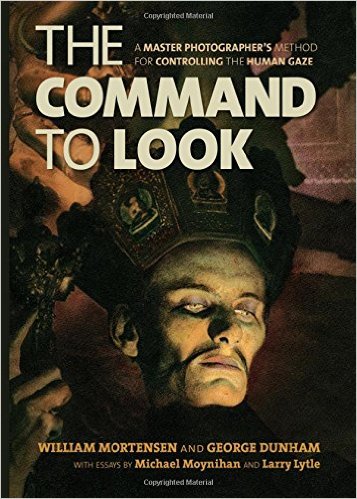 Everybody and their cousin’s friend has ideas about the “rules of composition.” Even me. But only one man—William Mortensen—created a system that starts with what looks like three simple rules and then expands each of them into many corollaries and sub-rules that are explained in his 1937 book The Command to Look.

Long out-of-print with ratty copies selling for $200 or more, Feral House has published a new edition with a different cover but close in size (small) to the original. It has an introduction and afterward written by scholars but I’ll get to them at the end.

If you’re curious about the three rules, here they are (and this is not a spoiler.)

I know you’re probably saying “huh?” And keep in mind that Mortensen differentiates between photographs and “pictures” which is something that has been thought about from concept to execution. This concept is not far off from Ansel Adams’, who called Mortensen the “anti-Christ,” previsualization.

The bulk of practical information in the book is found in subsequent chapters where he delves into each rule, sometimes writing a additional chapter based on corollaries to a rule. Thankfully and while you may get tired of this stylistic twist after a while, Mortensen begins each chapter by summarizing all the rules up to that point. And it bothered me until I realized that if it weren’t for this repetition I wouldn’t remember all that had gone before. Keeping in mind that while this is a small book, it’s a slow read but take your time and read it slowly and watch (almost) everything you ever though about photographic composition go up in smoke. 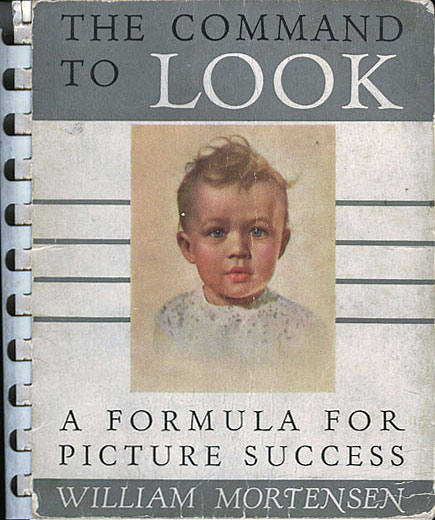 The first half The Command to Look is technical with some illustrations but very few photographs. The second half Mortensen uses lots of his photographs to explain exactly how all of these rules, concepts and ideas apply to his images, or pictures as he would have preferred you to call them. These images range from the naive, to charming, to grotesque, to mind expanding. You will either love or hate (as Adams did) these photographs but even if you don’t like them there is much to be said for, at least, exposing yourself to a genuinely unique American visionary.

I’ve always considered Ralph Hattersley’s book Discover Yourself Through Photography to be important reading for photographers, with copies selling for around two buck. Get one. I now include The Command to Look in that short list of indispensable reading about the art and craft of photography. The Command to Look sells new for $13.63 from Amazon, with used copies starting at $12.95, so if your a Prime member a new copy will probably be cheaper and shipped to you faster. The Kindle version in $9.99 for those preferring a digital format.

About the forward and afterward: The forward by Larry Lytle explains the evolution of The Command to Look and how Mortensen came to write it. It places the text in wonderful context. The afterward by Michael Moynihan, on the other hand, is about how some people adopted the book for occult purposes. While interesting from a historical perspective this adds nothing to enjoyment of the book. So you might want to skip its weirdness.