Are Lighting Ratios Important For Portraiture 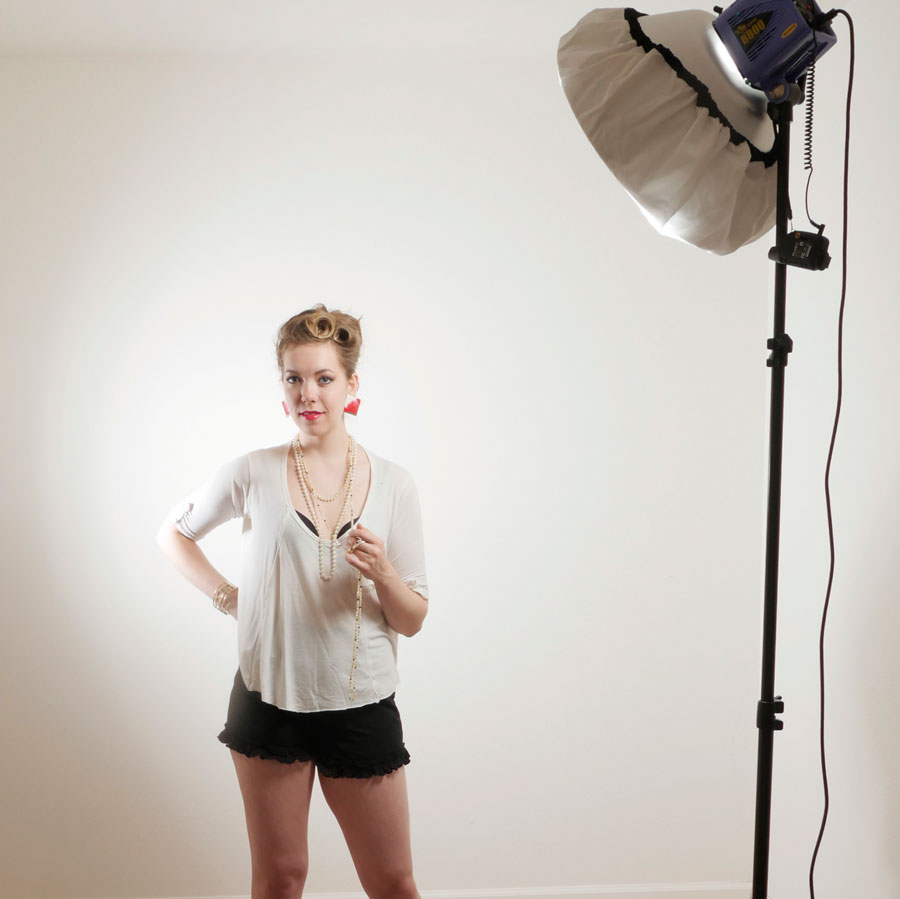 Using any kind of standard lighting ratio is helpful when getting started because it provides a baseline guaranteeing that your images will have some style of lighting rather than the bland “lets through every light at it” approach. But there are pros and cons to using any kind of formula in photography, especially when it comes to portrait lighting.

There are at least two other approaches to setting up lighting ratios: One is to let the ratios control the shot and the other, which happens to be my favorite, is to set the lights, meter the exposure (or not) and worry about the lighting ratio later. As always you can use whatever approach fits your working style but if you’re at all interested, here’s how I do it: 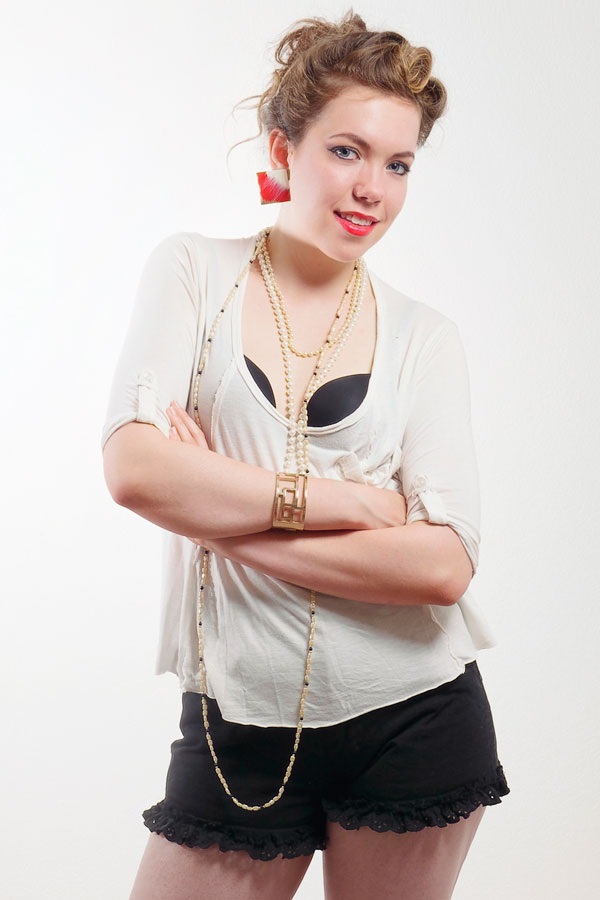 I start by placing the lights based on what the model is wearing, what kind of poses I’ll be shooting, and how much shooting space is available. In general I prefer to work with the softest lights possible. My method also depends on the lights having proportional modeling lights so changes in lighting are reflected in their output too. Then I used the light’s variable output settings to vary the light to produce a ratio that looks good to my eyes, as I did with this portrait of Sarah Dean. You can see the simple two-light lighting set-up, above right.

How I made this shot: This pseudo-high key shot of Sarah was made with a Paul C Buff Alien Bee B800 monolight placed at camera right. An 18-inch Paul C Buff Omni reflector is mounted and the bundled diffusion sock is stretched over the reflector. A DigiBee 800 monolight, set at full power, is at camera left and behind the model pointing at the white wall in my 11×15-foot home studio (before they were painted grey.) The portrait of Sarah was shot with a Panasonic Lumix GH4 with Lumix G Vario 14-42mm f/3.5-5.6 lens (at 29mm) and an exposure of 1/125 sec at f/8 and ISO 200. Originally captured as a RAW file and then developed in SilkyPix Developer software.

Then I used a flash meter (or not) to determine an exposure setting followed by a test shot to evaluate the image’s histogram. If I need more light I’ll often change the camera’s ISO setting increasing it slightly so I can keep the depth-of-field exactly as it was in the test shot. With most of today’s DSLRs or mirrorless cameras there is little difference in digital noise whether the ISO is set at 100 or 400. That’s why this method works for continuous lighting sources as well.

So, for me, the concept of lighting ratios is more important than their application. But as always with this blog—it’s your decision not mine.

If you’re interested in shooting portraits and how I use cameras, lenses and lighting in my in-home studio, please pick up a copy of Studio Lighting Anywhere that is available from Amazon.com with new copies selling for $31.46 with used copies starting at the bargain price of at $2.33, as I write this, which is a heckuva deal. The Kindle version is 19.99 for those preferring a digital format.