Film Friday: Why I Want to Shoot Film Now

Photography is a way of feeling, of touching, of loving. What you have caught on film is captured forever.—Aaron Siskind

Up until recently, most of the images that I made were captured using mirrorless cameras and sometimes with DSLRs, But if you’ve been reading this blog lately you know that I have a renewed interest in shooting film. That’s why I still own several film cameras* including a Leica M6 TTL, Hasselblad XPan, Zeiss SW, Minolta Prod20, a Yashica FX-3 Super 2000 and a medium format, Seagull TLR that Mary gave me as a birthday gift many years ago. I recently purchased a Contax 167MT with P-5 battery pack on eBay and it just arrived from Japan. While finishing this post I was able to shot a test roll, so look for an update on this camera soon.

These days it seems like shooting film is as much about having fun as it is about making photographs. And isn’t that why we got into photography in the first place? And some people think that shooting film is therapeutic. While I enjoy making images with mirrorless camera or DSLRs, there’s are several things I like about shooting film 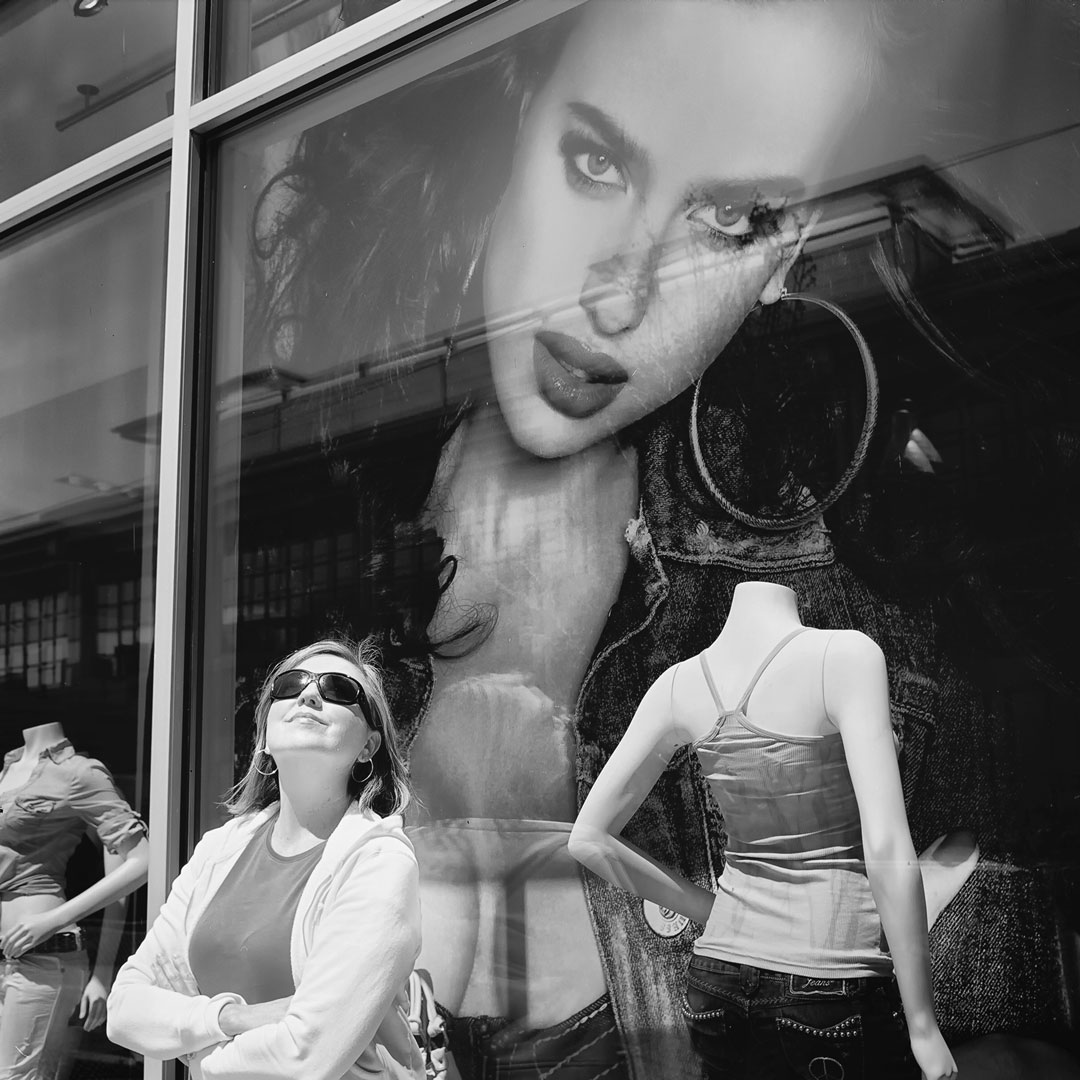 Surprise. In my post A Photographer’s Life in Three Phases I mention that shortly after the new shooter purchases their first “good” camera the first phase of a photographer’s development occurs when they discover photography’s creative potentials. During this time, novice shooters are fearless and enthusiastically explore the world around them creating images that, after examining the results, look much better than they could have imagined. You get that same excitement with shooting film.

Travel. When I’m on the road, in addition to cameras and lenses, I bring along a laptop and an external drive to back-up all of the images I shot each day. Schlepping a laptop is just one more airport hassle and while traveling I’ve spent far too many nights in hotels sorting and backing up image files when I should have been out soaking up the local culture. In my film days everything I needed for my travel photography fit into a single Domke F-2 camera bag. Maybe I need to get another one.

Time. Digital imaging takes lots of time. In the old days I’d drop film off at the lab and come back in a day or so and pick up the slides, negatives or proof sheets. If the contacts or prints didn’t look good, I’d yell at the lab and make them do it over. Nowadays we’re the lab and if it doesn’t look good then all I can do is yell at myself.

How I made this shot: really like the square format. I photographed Mary with the gold-trimmed Seagull TLR that she gave me as a gift. The portrait was shot on Kodak Ektar 100 color negative film using an exposure of 1/125 sec at f/11 shot . Yes, it’s color film but I thought, what the heck, let’s make the image black and white and used Exposure Software’s Exposure to remove all that saturated color putting the emphasis on Mary and the looming photograph in the background.

If you’re wondering how much of my photography, going forward, will be shot on film, I’m wondering the same thing myself but I can tell you that will be my main emphasis for the near future. Although I must confess that it has not been smooth sailing up till now. (Video coming on this topic.) Am I going to process the film? Maybe but maybe not. My friend Cliff Lawson is developing 35mm film using a kit his son gave him as a gift and is enjoying the process. I can’t just shoot film and have my film scanned, staying firmly in the digital realm as far as post-production goes. And scanning doesn’t get much easier that using ScanMyPhotos.com, who have done great work for me in the past, including digitizing some motorsports slides I shot in the 1960’s.

*I also own a Jaguar automobile themed Leica point-and-shoot 35mm film camera that’s crafted in British Racing Green and was purchased via a friend in the UK. But I sometimes forget that I own it, so it’s added here as a postscript. Maybe I’ll shoot a car show with it and post the images on my car photography website. If I do, I’ll update this post.

My book Creative Digital Monochrome Effects is available from Amazon for $23.90 with used copies, as I write this, starting at around two bucks, for what is one of my personally favorite books. That’s cheaper than a Starbucks latte, so you should get one while you can.