What’s the Best Camera for You?

A day does not go buy without me receiving an e-mail or a comment from the blog’s Contact page  from a reader asking what camera they should buy? That can be a tough question to answer because for openers there’s the whole cost aspect that’s part of any purchasing decision and then there’s “what kind of pictures do you (want to) make” question too. My philosophy has always been that I don’t like to spend other people’s money and typically any advice I give is never taken anyway. Let me tell you  a story…

A few years ago an acquaintance of mine sent me an e-mail asking which of two Nikon DSLR models he should buy. Knowing the kind of photography he did, I suggested the more expensive model. Based on all of my other experiences answering these kinds of questions, he naturally purchased the less expensive model. A few weeks later he sent me an e-mail telling me that I was right; he returned the cheaper camera and exchanged/upgraded to the one I recommended. To quote Douglas Adams in The Hitchhiker’s Guide to the Galaxy, “This never happens.” But it did.

Asking about what camera to buy is similar to asking what kind of car someone should buy? I get that one on my Car Photography website/blog all the time. For some the answer might be a Jaguar SUV or may a Corvette and for others it’s a MINI Cooper but my friend Paul is 6’-6” tall so maybe that’s not a good choice for him.

Pulitzer Prize-wining photographer, Barry Staver, says the choice of cameras is simple—“It’s the camera you have with you.” I think that if you’re really serious about photography, I believe that you should keep some kind of camera (not a phone) handy at all times. 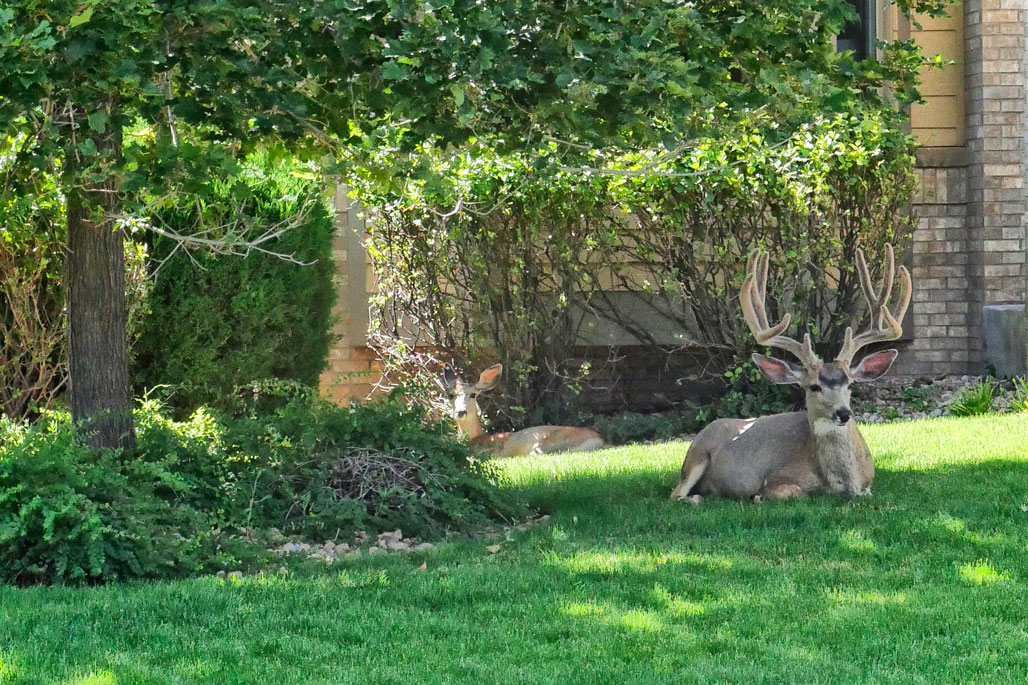 Case in point: The above image. When I looked out my office window I saw this mule deer buck lying down (digesting, really) in my neighbor’s yard. I had just finished a portrait session in my home studio and grabbed my Panasonic Lumix GH4 and wonderfully affordable ($149) Olympus 40-150mm f/4.0-5.6 (at 150mm) lens and made a few shots though the window. Then I opened the door, stepping onto the porch and shot a few more of him. When I walked down my front steps and shot a few more he took off, interrupting the digesting going on his stomach’s four compartments. Sorry, Mr. Deer.

So what’s the best camera? On that particular day and time it was a Panasonic Lumix GH4, tomorrow it might be something else.

Along with photographer Barry Staver, I’m co-author of Better Available Light Digital Photography that’s available from Amazon for $21.88 prices with used copies selling at giveaway prices—just four bucks, as I write this, which is cheaper than your morning Starbucks coffee.