What Is the Source of Your Inspiration?

Not too long ago, there was a discussion on-line about what inspires people to create photographs. For me, new things inspire me. It could be a new camera or maybe it’s new lens (look for a post on this topic soon) or just a new place to make portraits. But the number one influence on my photography is the movies…

Today’s featured image is my homage to the late François Truffaut’s 1971 film Two English Girls. OK, I know; there’s only one woman in the shot but, to me anyway, the image’s seventies vibe is right. As a young photographer, coming of photographic age in the 1970’s I was influenced by Truffaut’s films but for some reason it took me many years to make this image. And if you think that I’m obsessed with using the movies as a source of inspiration, you would be right. For another post on this subject, please read my post “Old Hollywood Style Glamour Photography,” when you have the time.

How I made this shot: I photographed this young model using a Contax 137 MD Quartz film SLR that I’m still kicking myself for selling and a beautiful Carl Zeiss 85mm f/1.4 lens. It was originally shot on Kodak color negative film, the type of which and the exposure were unrecorded. 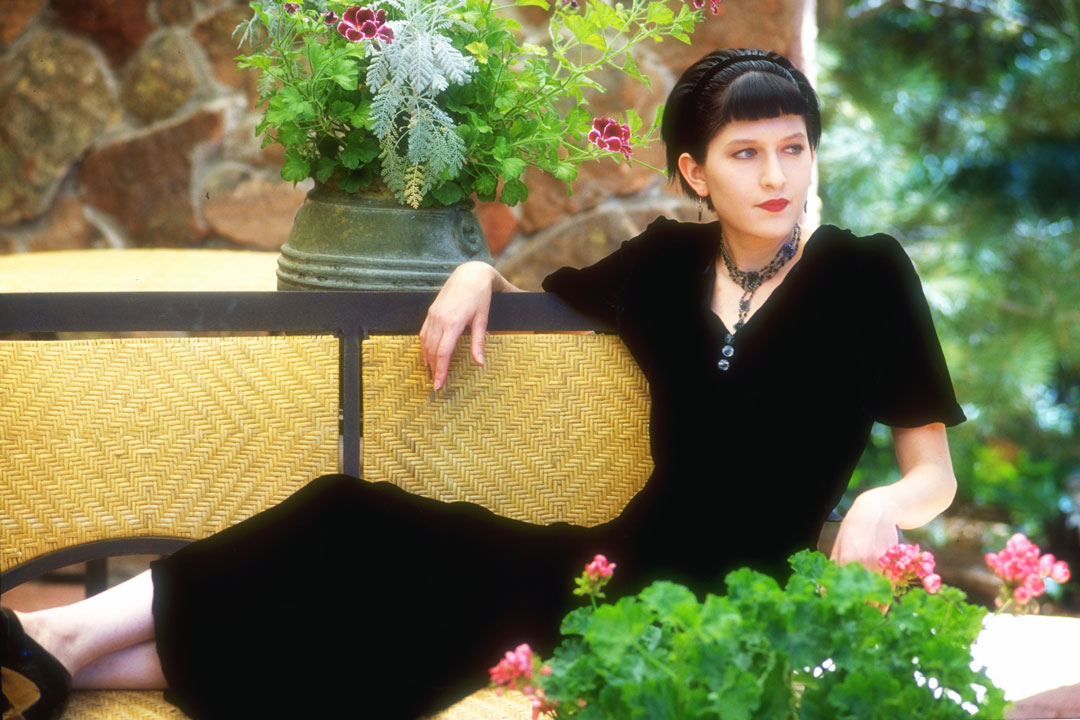 (Before COVID-19) while traveling around my area, I would look for and make notes and sometime snapshots of the different kinds of places that could serve as locations for a portrait session. You can even go looking for portrait locations on purpose and they may be closer to your home than you might otherwise think. This specific portrait was made in a friend’s backyard photo studio with me using that chair as a posing aid. (Thanks, Brad.)

A Note about posing: As the old joke goes… the best way to get to Carnegie Hall is practice. The best way to improve your posing is by practicing too. One tip is it to make sure that you shoot something new each week so you eventually get to the point where you don’t have to think about how to operate your camera so instead of fiddling with its controls you can concentrate on your subject to obtain the most flattering and natural pose.

The original title of my book Posing for Portrait and Glamour Photography was The ABC’s of Portrait Posing. On this blog there are lots of posts about portrait posing. Use the Search box on the upper right-hand corner and type “posing” to find appropriate posts. If you want something more lasting, take a look at my book that’s available from Amazon for $19.64. Used copies start at $18.76 as I write this and the Kindle version is $20.03 for those preferring a digital format.