When creating SFX, keep in something my mentor Eddie Bafford said about applying effects in the traditional wet darkroom: “If you get too carried away, you need somebody with a 2×4 to hit you up-side the head.”—Joe Farace 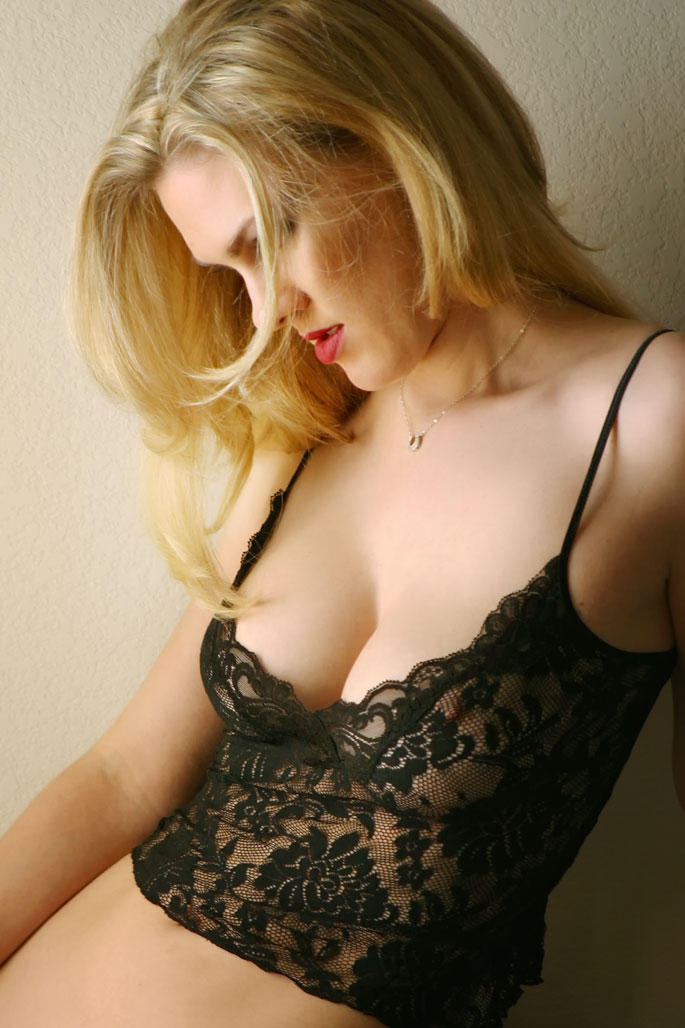 The use of texture screens is nothing new and has been around for more than seventy years having been used by darkroom artistes and pictorialists such as William Mortensen in the 1930’s and 40’s.

When used in the traditional darkroom, a texture screen is a piece of film with a texture printed on it that’s placed over photographic paper or sandwiched with a negative during exposure. In my book, Creative Digital Monochrome Effects, I demonstrate a manual technique for accomplishing this effect using Photoshop’s Layers. It ain’t that easy but it works. 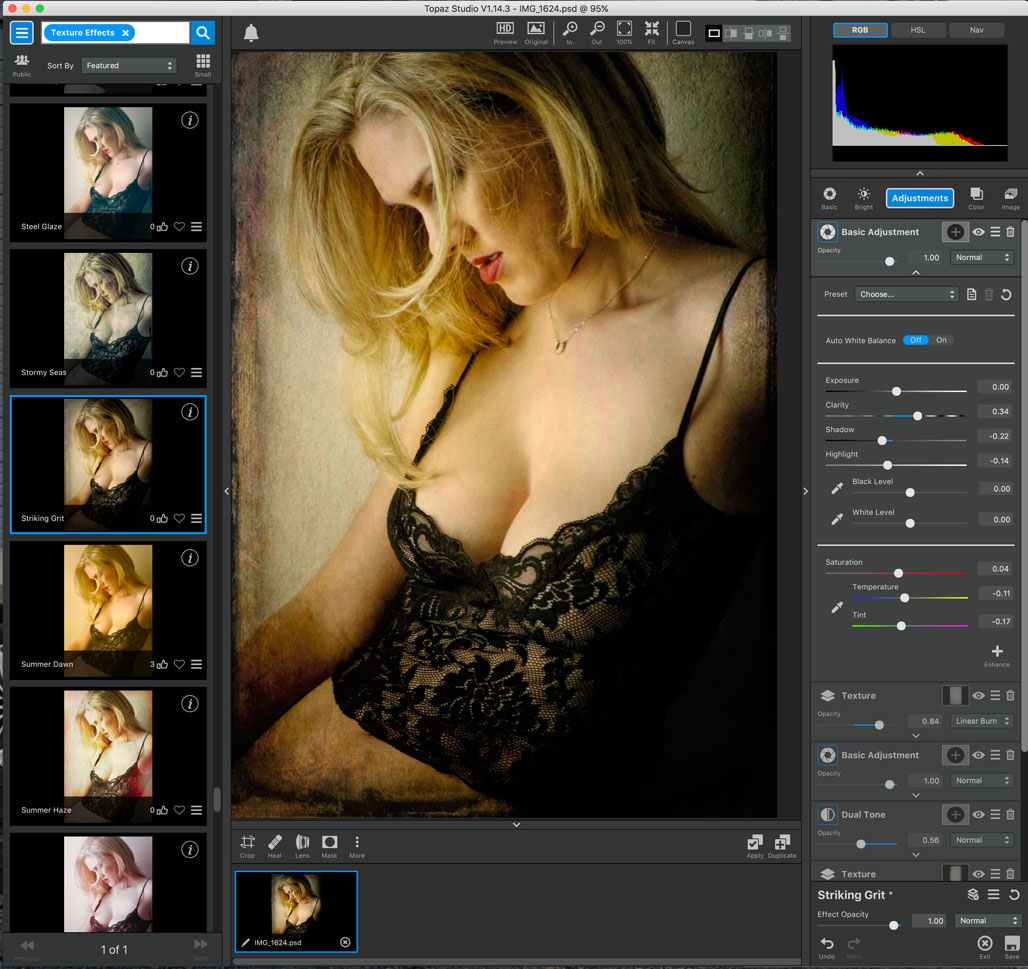 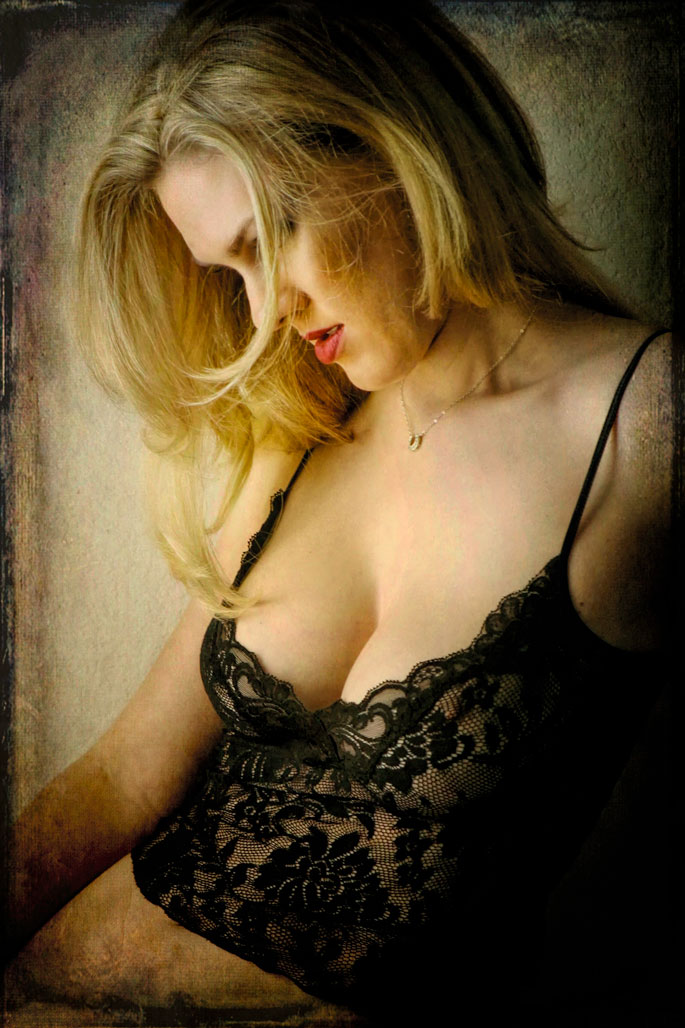 Texture Effects in Studio is has more than 275 high-resolution textures, light leaks and other effects you can apply one at a time with each having sliders letting you control the effect.

At any time in the process you can stop and unlike a lot of other imaging effects software you can keep building a total effect without having to jump in and out of the product.

I started with the Striking Grit preset and then used the sliders located on the right-hand side of the interface (above.) And maybe I got too carried away with this image that I created of the beautiful Zoe but I like it and as I’ve said a thousand times: Only you can decide what you like, nobody else.

How I made this shot: For the original shoot in the upper right-hand, I photographed Zoe in the living room of my previous home using  light coming from a long narrow window that acted like a strip light. Camera was a Canon EOS 50D with the now discontinued EF 28-105mm lens with an exposure of 1/160 sec at f/5 and ISO 400.

Postscript: For some tips on how I work with plug-ins, please read Getting Your Glow On that  appeared recently on my car photography website/blog. Another thing to keep in mind is one of Farace’s Laws: All special effects are subject dependent. What looks great with one subject may not look so hot with another. So vary the subject and how you photograph it/them and be sure vary the effect to get the most out of Topaz Texture Effects in Studio.

As I write this, you can pick up a new used of my book Creative Digital Monochrome Effects from Amazon for less than four bucks. Sorry, there’s no Kindle version available, but at these prices…