Photoshop’s Channel Mixer (Image > Adjustments > Channel Mixer) lets you produce grayscale images by letting you choose the percentage of contribution from each color channel. It modifies output using a mix of the existing image’s color channels by allowing you to add or subtract data from a source channel to the output channel. 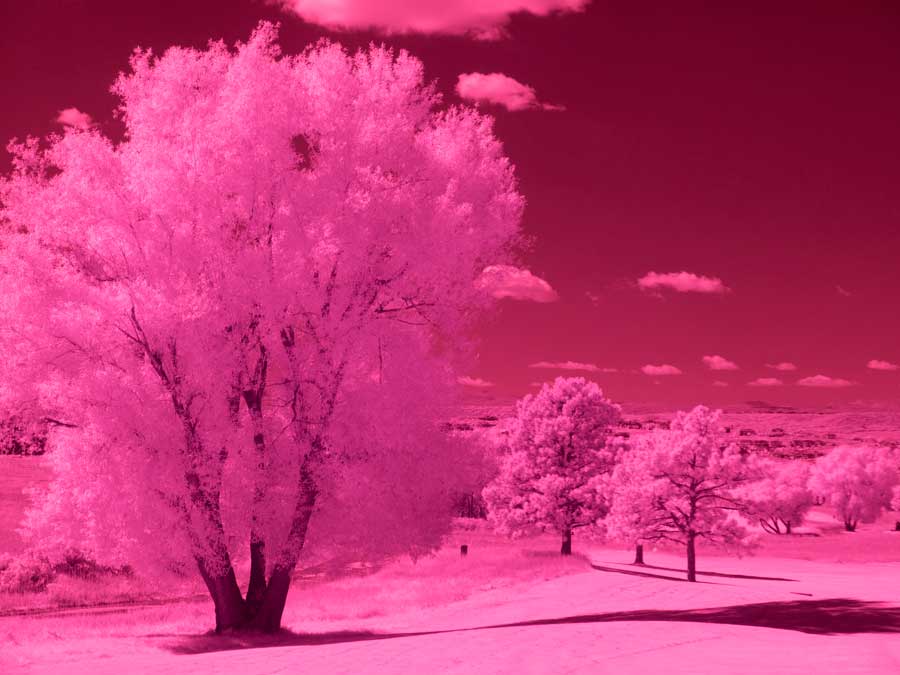 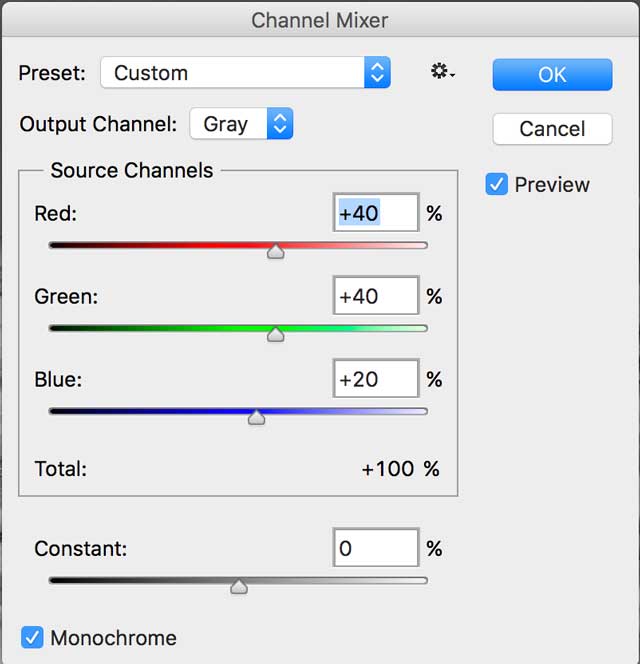 Step 2: The next step was selecting Channel Mixer. After opening its Control Panel, be sure to click the Monochrome check box at the bottom and set Gray as the output channel in that pop-up menu. These settings produce a color image that only contains  gray values.

Then move the sliders to control the amount of detail and contrast in the image you’re converting to grayscale but be sure to watch how changes in each channel affects the final monochrome image, which is “live” as you work on it. Tip: When adjusting percentages of the source channels, you’ll get the best results when the combined values of the source channels add up to 100%. If you go over 100%, you’ll overexpose an image and if you go under 100%, you will underexpose it. 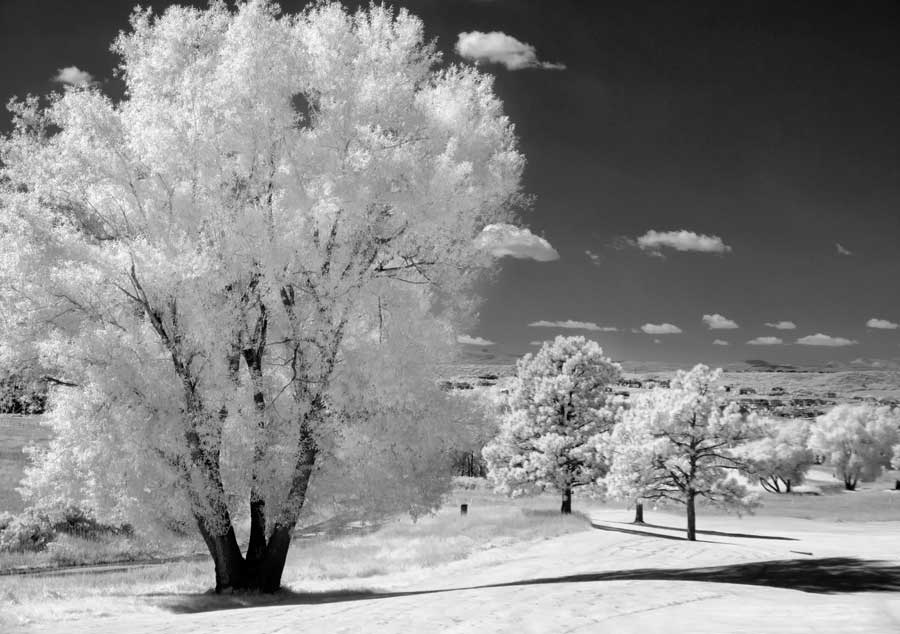 Step 3: Applying the Channel Mixer command may be all many photographers need to convert color image files—infrared or not— into monochrome photographs, but if you want more power, it’s time to reach for power tools. More on that later …