Umbrellas: Shoot Through or Bounce? 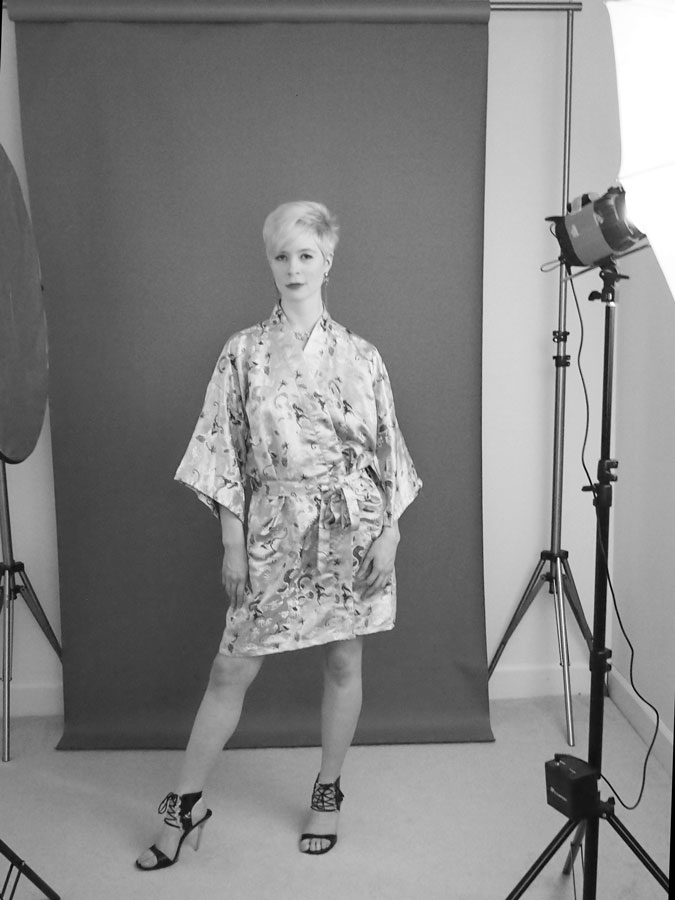 Umbrellas are the simplest and most inexpensive light modifier available for portrait photography and that makes them the most popular. The good news is that umbrellas are passive devices and don’t care what kind of light you bounce into or shoot through them. Light can come from a monolight, flash head, speedlight or a even a continuous light source like fluorescent or LED.

Photographic umbrellas look and act just like a rain umbrella, except they can be reflective when light is bounced into them, allowing them to produce a big, soft light source. You can also shoot through translucent umbrellas to create a direct (and brighter) light. But no matter which one you chose, each device is governed by this important rule: The closer that a light source is to the subject the softer it is; the further away the light source is, the harder it becomes.

How I made this shot: What’s the visual different between shoot through and bounce modes? I decided to make a test of the two approaches, There will be an exposure difference between shooting in the two different modes and you can see what they were (below) for this lighting setup. For both umbrella shots of the wonderful Pam Simpson, an Adorama monolight was placed at camera right with a 32-inch reflector placed at camera left. Here are the results… 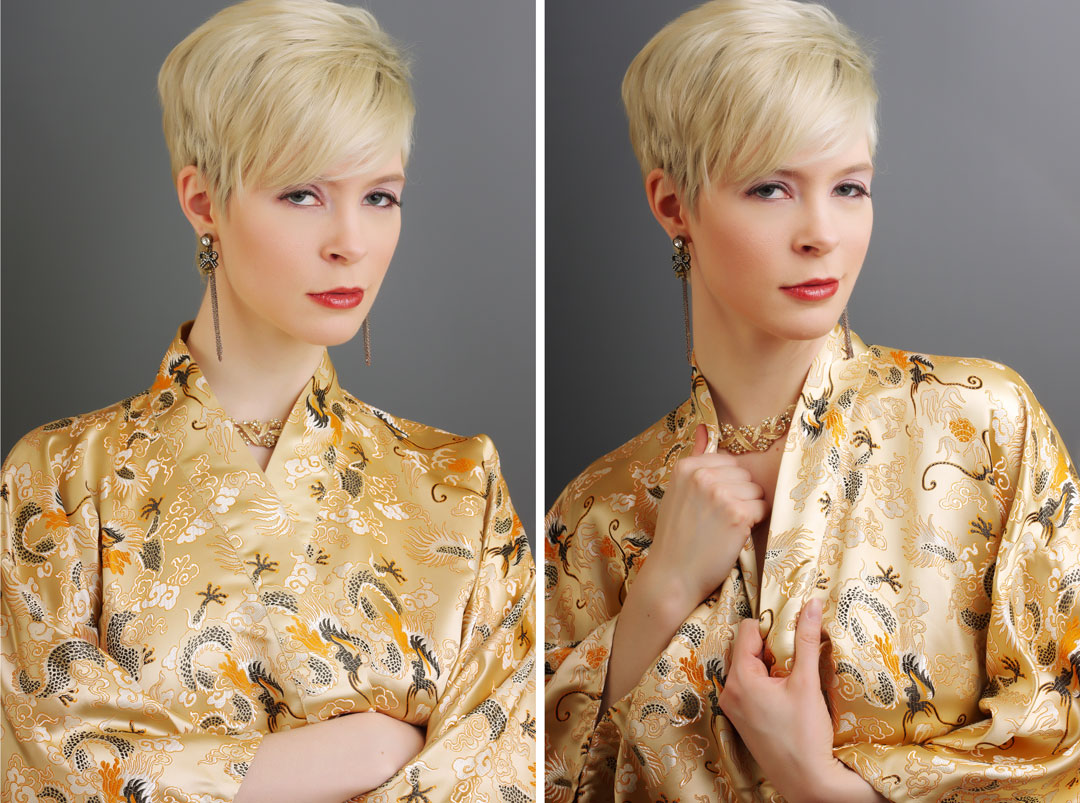 On the left: For the first lighting set-up the umbrella is used in bounce mode, while in the second (on the right) a 37-inch collapsible translucent umbrella is used in shoot-through mode. The difference between the two arrangements is subtle but there is a decided directionality to the shoot-though mode that hopefully is visible, depending on how large the images are displayed on your device. Background was Savage’s Backdrop is a Savage 5 x 7-foot Infinity grey vinyl background hung on my falling apart JTL background stands.

Camera used was my Panasonic Lumix G5 (before it was converted for infrared photography) with the amazing Olympus Digital Zuiko 45mm f/1.8 lens. Exposures were 1/125 sec at f/8 and ISO 200 and 1/125 sec at f/9 and ISO 200 respectively. The different between the two umbrella modes could have been made dramatically different if I moved the lights between the sessions but this way you can see what happens without moving the light.

If you’re interested in shooting portraits and learning how I use cameras, lenses and lighting in my in-home studio or on location, please pick up a copy of Studio Lighting Anywhere that’s available from Amazon.com with new copies selling for $9.85. Used copies are selling from $5.76 as I write this, which is a heckuva deal for all of the useful information found in the book. The Kindle edition is $9.36 for those preferring a digital format.