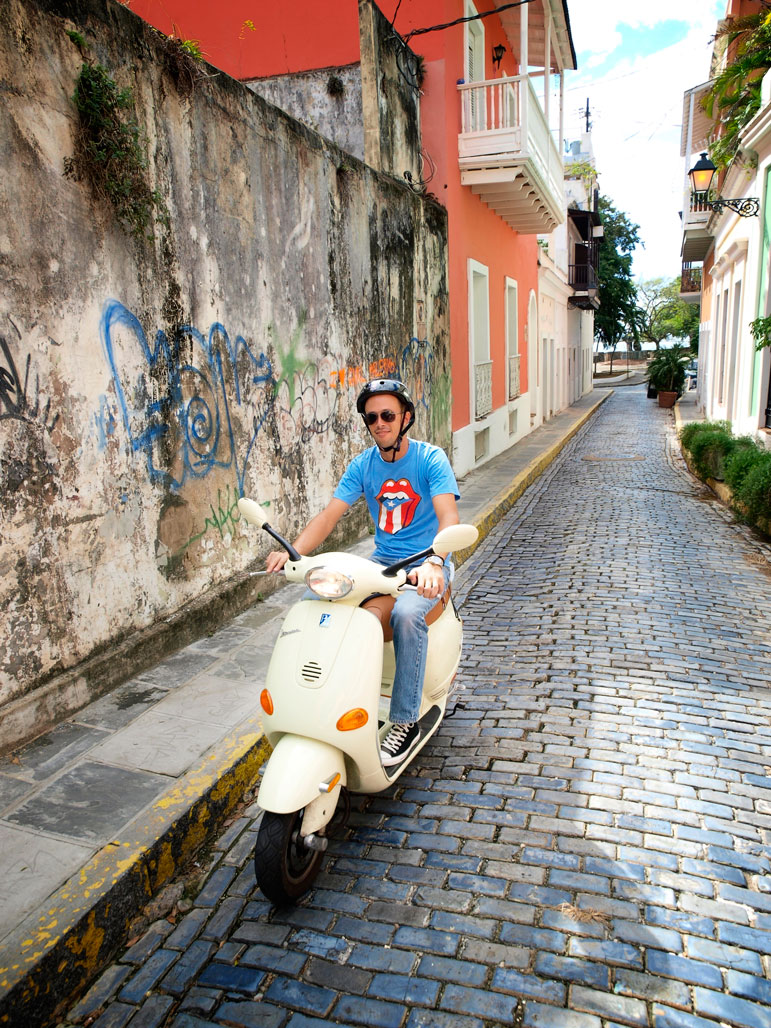 Travel photography secret #1: Never buy a new camera the day before setting out on a vacation to photograph the wilds of Alaska…

Travel photography secret #2: …That’s because using your equipment has to be instinctive so when an photo op presents itself you may only have a few seconds to get a shot.

When I saw a guy riding a scooter coming toward me on Old San Juan’s cobblestone streets, I turned and clicked off three frames and this one was the best. There’s no time to think about what menu to use or how do I turn on continuous AF or what exposure mode am I in? The Scouts have it right, when it to comes to travel photograph you gotta “be prepared.”

Travel photography secret #3: Just as important as knowing your equipment inside and out is what other stuff you need to bring along to make sure the images from the trip are as vivid as your memories. That’s why another good tip is to pack lots of memory cards. You may not be able to find an SD card or even a Wal-Mart in the mountains of Bhutan or may be surprised that the prices in Tokyo’s Akihabara are a lot higher than your local Buy More. Speed matters too. While there seems to be an ever-confusing array of memory cards for digital cameras, what size memory cards should you use? 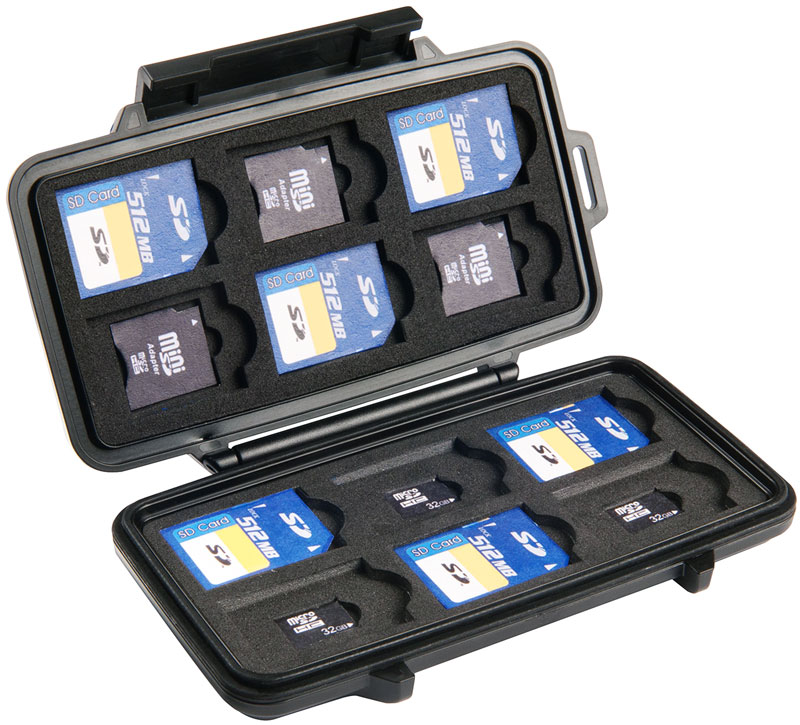 The conventional wisdom I often hear espoused is that you’re better off having more, smaller capacity cards than fewer larger ones. That concept is based on the assumption that you’ll loose fewer images if you have a memory card failure. Don’t laugh, it’s happened to me. And in the past, I have written about my problems with (old) Lexar cards here and here, so I stopped using them.

But I have a different theory: I think you should use fewer bigger cards. You won’t have as many to keep track of (or lose) or have to waste/spend time changing memory cards. Either way, memory cards don’t take up a lot of space; just make sure you have enough of’em. To protect the cards I use a Pelican 0915 Memory Card Case. It costs 20 bucks, is bulletproof and holds 12 SD, 6 miniSD, and 6 microSD Cards. And if you take my advice and use larger capacity cards, you won’t run out of image storage space on your next trip.

Speaking of memory cards, in June, 2017, Micron announced that Lexar’s entire portfolio, including memory cards, would be discontinued. Shortly thereafter, Lexar was acquired by Chinese company Longsys and a group of former executives teamed up to produce new Lexar memory cards. If I get a chance to test any of the new cards, I’ll write a review.

While testing the Canon SL3 for Shutterbug (will update this with a link when the review is posted) I ran into a problem with a 64GB (old) Lexar Professional 2000x SD card that I hung onto because it was expensive and I couldn’t bear to toss it. Bad idea.

If you learned anything and enjoyed today’s blog post and would like to treat Joe to a cup of Earl Grey tea ($2.50), click here. And if you do, thank you very much.