Tips for Capturing the Infrared Landscape

Here’s something to think about: When capturing infrared images everything you know about light is wrong.

That’s because exposure meters are not sensitive to infrared light (or even LED lighting, but that’s a subject for another day) and so it can be tricky to calculate exact exposures but that doesn’t mean you shouldn’t try. Although mirrorless camera’s LCD screens provide instant feedback in the viewfinder, it’s not always accurate. And not predictably in the same direction—over or underexposure— and this difference can vary from camera-to-camera and also between infrared conversions and even to the kind of IR filters used on the camera’s lens. 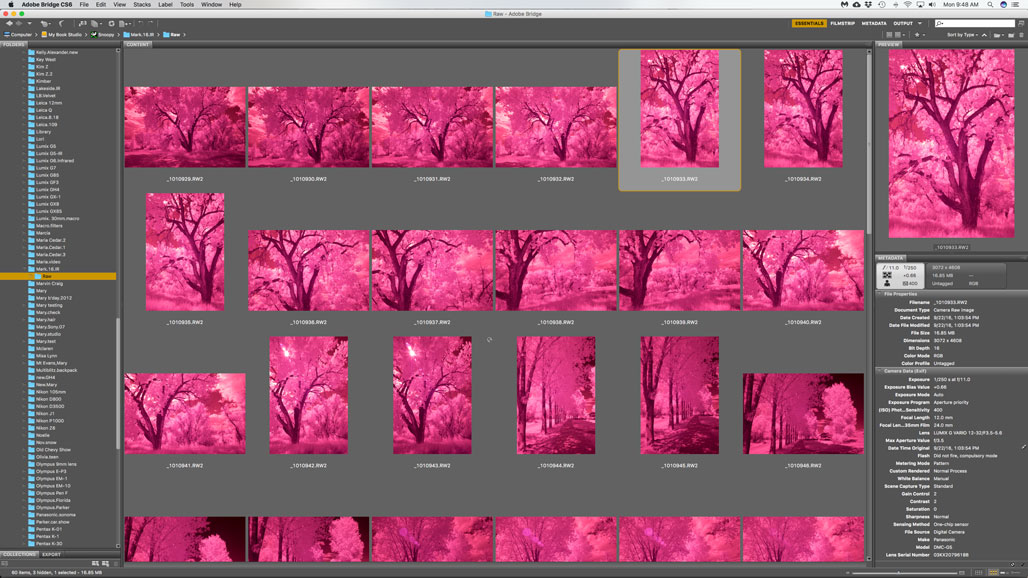 And you can’t trust your eyes either. Two subjects that seem equally bright under normal (visible) light might reflect infrared radiation at different rates and exhibit different brightness in your final images. And as I’ve discovered, much to my chagrin, the time of day can have a dramatic affect on the results too. So what’s a poor hippo to do? (as it says on my favorite coffee mug)…

How I made this shot: The above image was captured at McCabe Meadows park near Parker, CO using a Panasonic Lumix G5 that was converted to IR capture by Life Pixel using a Lumix G Vario 12-32mm f/3.5-5.6 lens at 12mm. Av exposure for the RAW file was 1/320 sect at f/11 and ISO 400. Image file opened in Photoshop then processed in Silver Efex Pro.

When using IR filters: Just because you don’t have a converted infrared camera doesn’t mean you can’t use any of the tips covered here with cameras that are infrared capable out of the box. It does mean using filters that are so dark you can’t see though them but most mirrorless cameras will provide an acceptable but not perfect preview of the final exposure. Not mirrorless? Chimp. And because of the long exposure times produced, you’ll need a tripod

I’ve found that Life Pixel does a great job with IR conversions and they’ve done most of the conversions for some of my Canon DSLRs and all of my Panasonic Lumix G-series cameras. This is not a paid or sponsored endorsement, just my experience.