Studio Friday: Getting In the Mood 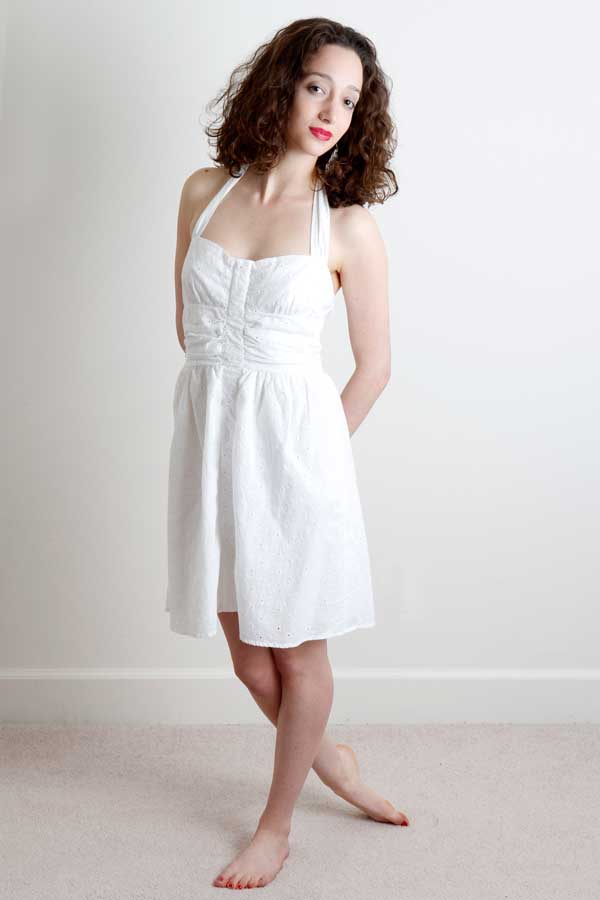 Intimate Portraiture is all about creating a mood, at least I think so.

I also believe there are basically two kinds of portrait styles, especially in the studio, with many, many variations in between including low key techniques and high key imagery.

A low key portrait is one that contains predominantly dark tones and colors. It creates strong contrasts between light and dark by accentuating the contours of an object throwing areas into shadow and usually only requires one light source. These kind of images can also be captured in black and white which end up being similar in tone to film noir style portraits.

High key subjects use soft lighting and contain white or pale tones. High-key lighting is typically free from dark shadows and often contains small darker areas such as the subject’s hair or eyes to keep the portrait from becoming too boring. This technique also uses bright lighting to reduce or blow out any dark shadows that may be lurking in the image. The high key look is generally thought of as producing an images that is “positive and upbeat,” although I am not sure that I agree 100% with that assessment . 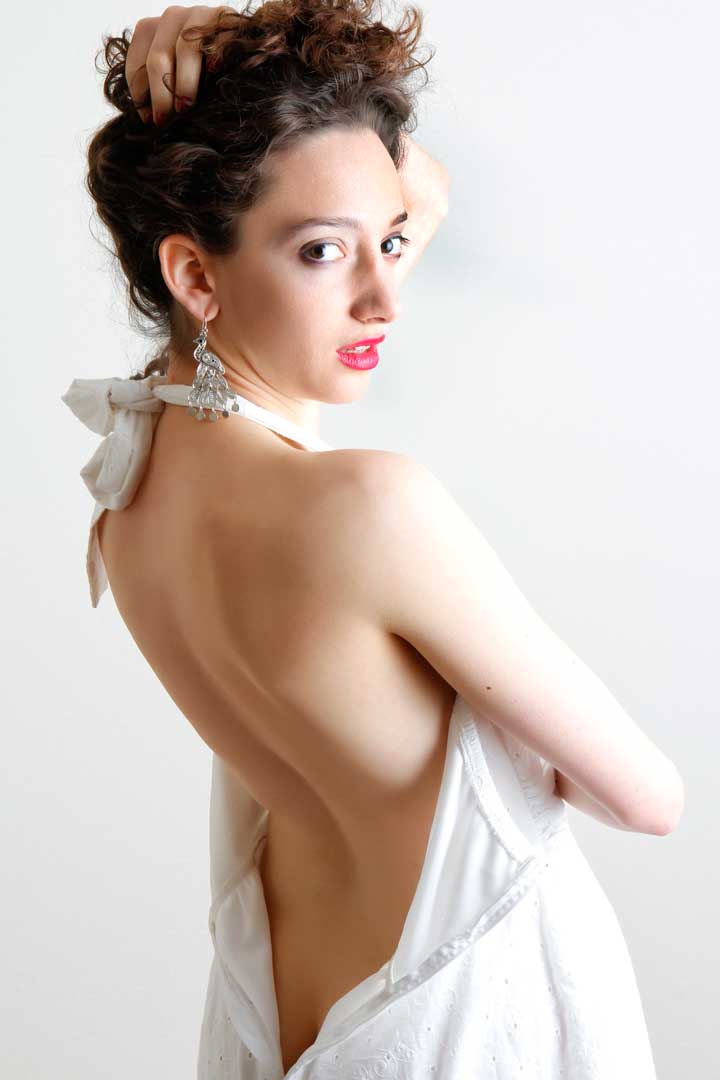 How I Made This Photo: This is how I create high key portraits indoors: High key lighting styles reduce the lighting ratio in the scene and is usually accomplished by using a large, soft light source that can be a softbox, as in this example, or window light from a North facing window. For those mathematically inclined readers, low key lighting. for example, has a higher lighting ratio such as 8:1, than high key lighting that can approach of ratios close to1:1.

I photographed the perky aspiring model Laura May Bachmayer in my 11×15-foot home studio. If you compare the photograph of her at upper right, that was made during the first part of our session, it has, I think, a sweetness that matches her personality. One the other hand, the featured image through posing and cropping along with the model’s amazing versatility shows a different aspect of her personality and creates an entirely different and dramatic image.

The high-key lighting set-up used  for both portraits features one Broncolor head with 36 x 48-inch softbox mounted and placed at camera right while a second head, at camera right, was aimed at the studio’s then-white wall, before Mary and I painted its current grey color. The camera used was a Canon EOS 60D with EF-S 15-85mm f/3.5-5.6 IS USM lens (at 50mm) and an exposure of 1/125 sec at f/16 and ISO 320.

The image was originally shot as a JPEG file, which was before I instituted my now-standard RAW+JPEG regime. It was lightly retouched using my normal techniques, including using Imagenomic’s’ Portraiture plug-in along with some Glamour Glow from Color Efex Pro to soften the overall image.

You can learn more about my posing techniques in Posing for Portrait & Glamour Photography and brand new books are available from Amazon.com for just $27.82 with used copies starting at $19.78 as I write this. Kindle versions are $27.60 for those preferring to have the book in digital form. Please not that Amazon and the publishers set these prices, not me.