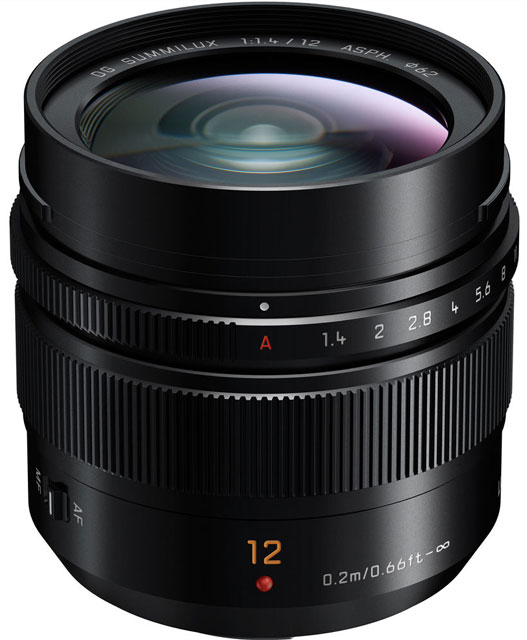 The first thing I did after receiving the 12mm Panasonic Leica DG Summilux f/1.4 ASPH lens for testing was to head down to McCabe Meadows to shoot some infrared images with my Lumix G6 that was converted for infrared capture by LifePixel.

I think infrared images made with wide-angle lenses have more power than those shot using longer focal length lenses. When I  received the lens it was fall in Colorado at about the same time when the Wood Effect was starting to fade for the year. One of my favorite trees at McCabe Meadows already had a surprising number of leaves that were wilting and falling off. Exposure for the below image was 1/100 sec at f/16 and ISO 400.

If I didn’t shoot infrared in the Meadows now, later would be too late. This is good advice no matter what kind of photography you do. Don’t think about it, just shoot it now. 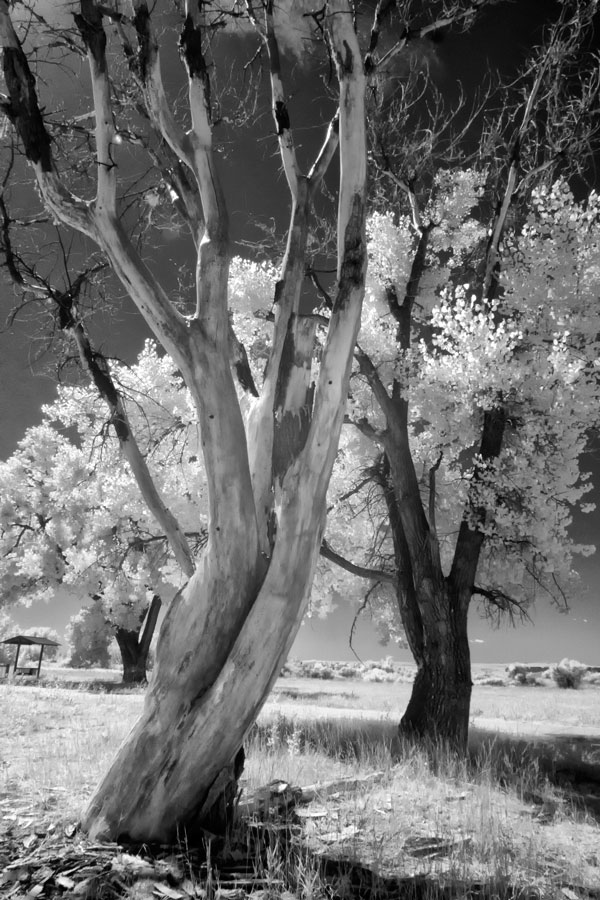 This is, not surprisingly a beautifully crafted lens and I guess it should be for almost $1000. Balance with the 12mm Summilux mounted on the relatively lightweight Lumix G6 was surprisingly good.

I later used the lens to photograph cars with the Olympus E-M10 Mark I and on that particular camera it didn’t feel as balanced, even though I was using Oly’s grip. The Leica lens felt more balanced on the Lumix, yet looked awesome on the E-M10.

A few words about flare: Not only is noon the best time to shoot infrared photographs but because the sun is directly above, flare is less of a problem, especially when shooting IR with wide-angle lenses.

If you’ve shot infrared away from prime-time IR hours, you know that flare can be an issue. Alas the nicely made lens hood Panasonic includes with the lens is not much help. When I was making these images, even at noon-ish MDT, flare kept creeping in and I had to use my hand to shade the front element of the lens for some of the shots.

The other thing this session taught me was that as soon as I think I’ve got a handle on proper infrared exposure techniques, I discover that I don’t. Don’t count on the camera’s LCD to give you any help. What looks good on the EVF or LCD may not look so great when you open the RAW file with your computer. I’m convinced that, especially with the Lumix G6 and an Enhanced IR conversion, I’m going to start shooting a wide (two-stop) bracketed sequence, at least until all the leaves drop off.

My book, The Complete Guide to Digital Infrared Photography is currently out-of-print but new copies are available from Amazon for $37.65 but used copies are selling for an affordable for $7.93 as I write this. Creative Digital Monochrome Effects has a chapter on IR photography and is available from Amazon with used copies selling for $2.42, less than your next cup of joe at Starbucks.