Question: What Is a Portrait After All

Answer: “A photographic portrait is a picture of someone who knows [that] he is being photographed.”—Richard Avedon

The above quote shows that the late Richard Avedon was not only was a genius behind the camera but was perceptive about his photographs and what they represented. The truth is that a portrait seldom represents reality. Instead it’s a snapshot of a point in time and though posing and retouching presents an idealized version of someone who knows they’re being photographed. 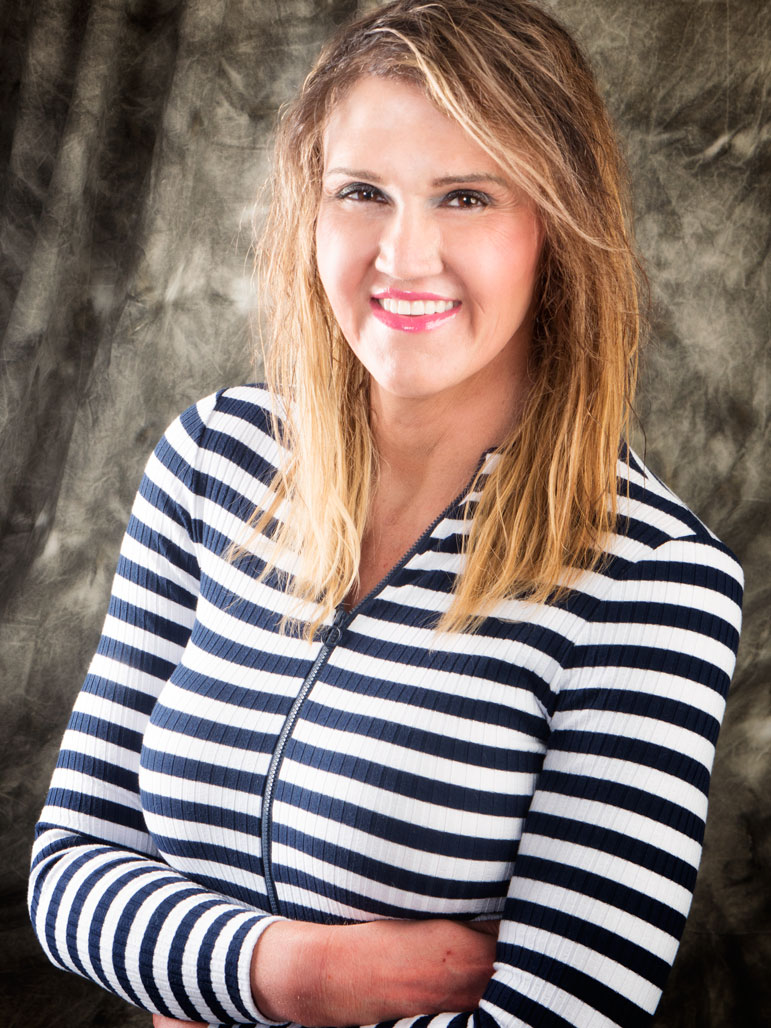 The point of any pose is not just to look natural, although that certainly is an objective for some photographers but perhaps it’s also to tell a story and there are many ways that you can pursue that goal.

Some photographers like to keep their posing subtle, while others are not so restrained. A story that may be apocryphal is that Yousef Karsh’s famous portrait of Winston Churchill was made during a two-minute session in which Karsh gently and politely removed the ever-present cigar from Churchill’s mouth to produce the determined look you see in the finished photograph.

No matter how you achieve the pose, it all starts with experience, observation and communication with the subject. In all of the various posts I’ve made here about posing, I try to help with the latter two but the first one is up to you because as the punchline to an old joke goes, the best way to get to Carnegie Hall is “practice, practice, practice.”

How I made this shot: I photographed stand-up comedian Denise Winkleman in my home studio using a Paul C. Buff DigiBee with Plume Ltd Wafer softbox placed at camera right, an Alien Bee with 16 x 30-inch Westcott Apollo Strip soft box at camera left and another Digibee with the 48-inch Dynalite Quad Square black/silver umbrella in the back of my studio. Camera was a Panasonic Lumix GH4 with Lumix G Vario 14-45mm f/3.5-5.6 lens (at 45mm) with an exposure of 1/125 sec at f/9 and ISO 200. The above image is a classic Joe Farace-style studio shot where the subject is placed in a three-quarter pose, looks directly at the camera and is atypical for me, she has a nice smile. (Hey, she’s a comedian.)

If you enjoyed today’s blog post and would like to buy Joe a cup of Earl Grey tea ($2.50), click here. And if you do, thank you very much.

The original title of my book Posing for Portrait and Glamour Photography was The ABC’s of Portrait Posing. On this blog there are lots of posts about posing. Use the Search box on the upper right-hand corner and type “posing” to find appropriate posts. If you want something more lasting, take a look at my book that’s available from Amazon for $17.94 as I write this, Kindle version is $17.04 for those who prefer a digital format.