Photographing the Hunchback of Notre Dame

Pictorialism, an approach to photography that emphasizes beauty of subject matter, tonality, and composition rather than the documentation of reality.

If you’re a regular reader of this blog, you know that I’m a fan of the unfashionable Pictorialist school of photography, particularly the work of William Mortensen. You can read a review of the modern reprint of Mortensen’s landmark 1937 book The Command to Look on my former blog. It’s another one of my favorite photography books. 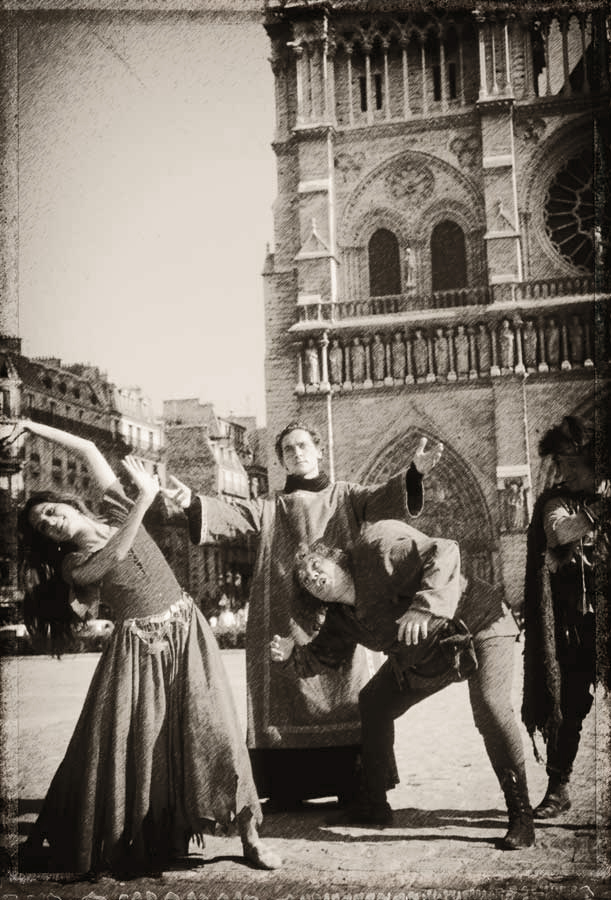 Mortensen’s approach to photographic composition is built around three rules and in the book he expands each of them into corollaries, sub-rules and concepts. If you’re curious, here are his three rules:

In today’s featured photograph, I’m not really sure that I obeyed any of his rules or suggestions, it is just one of a few quick photographs I originally shot on film. It was made many years ago in Paris, just  outside the Cathedral of Notre Dame and featured street players in costumes related to the Victor Hugo’s Hunchback of Notre Dame.

The photograph of “the hunchback” seemed like the kind of classic story telling photograph Bill Mortensen would have made back in the 1930’s and inspired me to digitally apply some of his traditional darkroom techniques. I used some of the filters found in Photoshop along with some toning from PhotoKit and edge effects from software that has long since gone unsupported.

For another take on Hunchback of Notre Dame and see the visual poetry of ‎Joseph H. August’s cinematography, you should stream or pick up a copy of the 1939 film version starring Charles Laughton; it’s my favorite of the many versions available. You can get a DVD for $9.99 or a Blu-ray (the best way to watch it) for $13.49 from Amazon, as I write this.