If your digital camera is not IR sensitive there are other options than using filters for shooting infrared, including converting your camera into an IR-only DSLR or mirrorless camera. 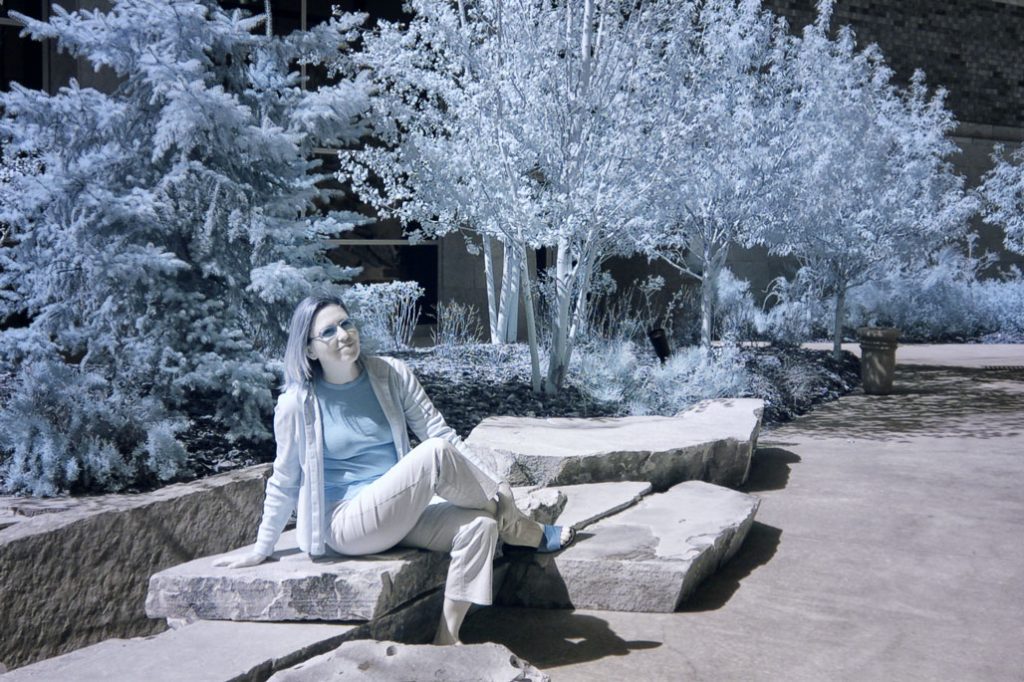 After modification your camera becomes a dedicated infrared camera and you will not be able to shoot conventional images with it again, which is why I always suggest that you convert an old camera that’s just sitting around collecting dust. That’s because cost to retrofit the camera is not inexpensive and the camera will only record IR radiation; so it doesn’t become a thermal camera in case you want to see how well your home’s windows are sealed.

Once converted the camera will capture infrared images that look similar to images shot with Kodak’s HSI film when used with a #89B filter (there’s more about filters here) but without the grain/noise that you traditionally get with infrared film. With an IR_converted DSLR or mirrorless camera, there’s no need to place an IR filter on the lens, leaving the viewfinder clear so the camera to be hand held something IR film photographers can only dream about. 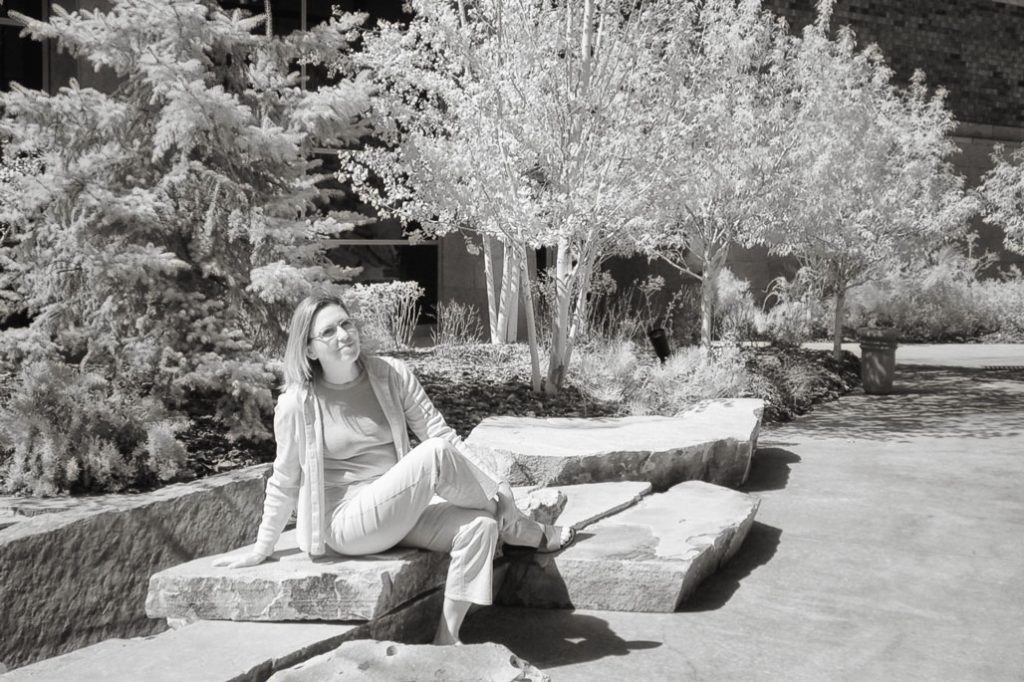 How I made these shots: Above is a typical daylight unprocessed (SOOC) image file that was shot with my Canon EOS 50D that was converted for IR capture by Life Pixel. To photograph Mary and an outdoors mall, I used an inexpensive EF 22-55mm f/4-5/6 zoom lens with an exposure of 1/125 sec at f/8 and ISO 200. The bottom image was processed using Silver Efex Pro. Which one do you like? Best of all you can have it either way or both ways.

I’ve found that Life Pixel does a great job with IR conversions and they’ve done most of the conversions for my Canon DSLRs and all of my Panasonic Lumix cameras. This is not a paid or sponsored endorsement, just my experience.