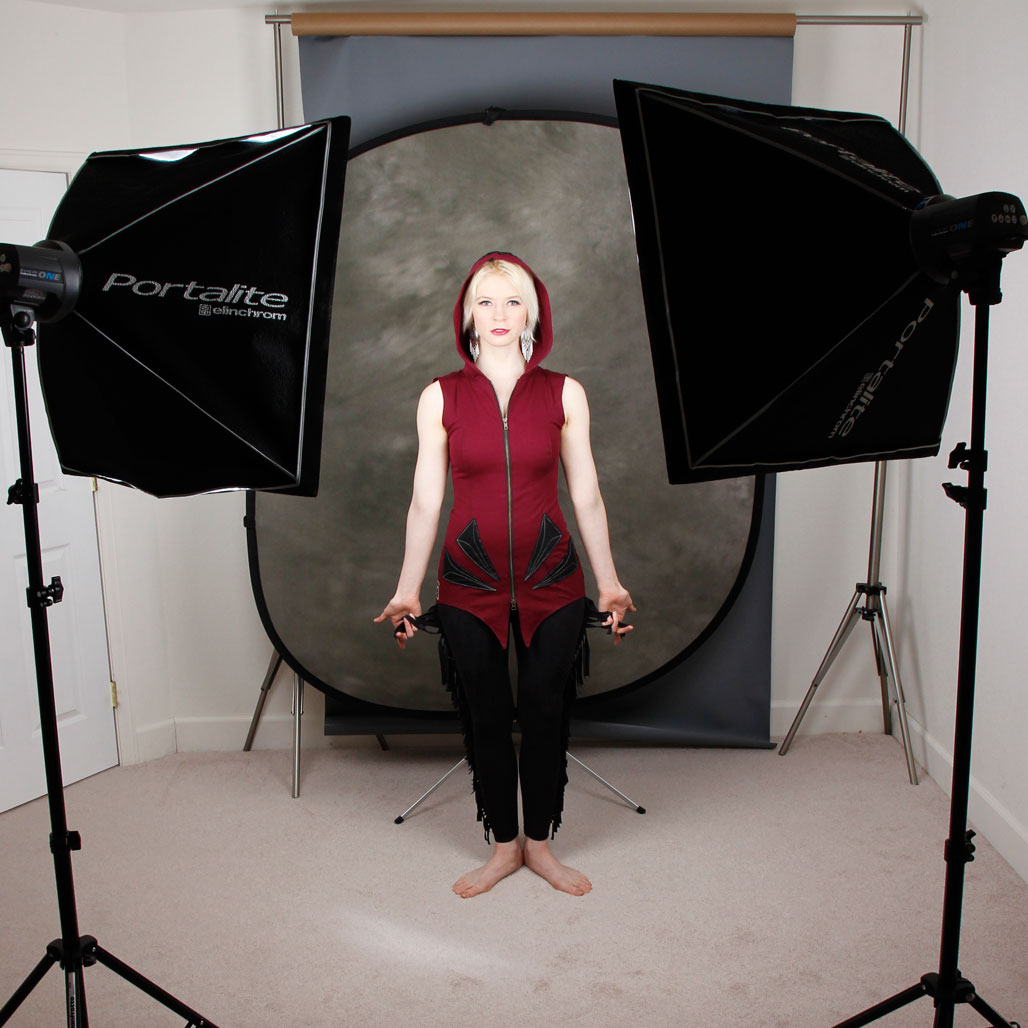 “Little Red Riding Hood” is a European fairy tale about a young girl and a Big Bad Wolf and its origins can be traced back to the 10th century by several European folk tales, including one from Italy called “The False Grandmother” (La finta nonna),  written among others by Italo Calvino; the best known versions were written by Charles Perrault and the Brothers Grimm. Other names for the story are “Little Red Ridinghood,” “Little Red Cap” or simply “Red Riding Hood.”—Wikipedia

The story of Little Red Riding Hood has been changed considerably in its various retellings and subjected to numerous modern readings and adaptations including today’s très moderne portrait of Pam Simpson, which I shot while testing Elinchrom’s D-Lite RX One/One Softbox To Go Kit. 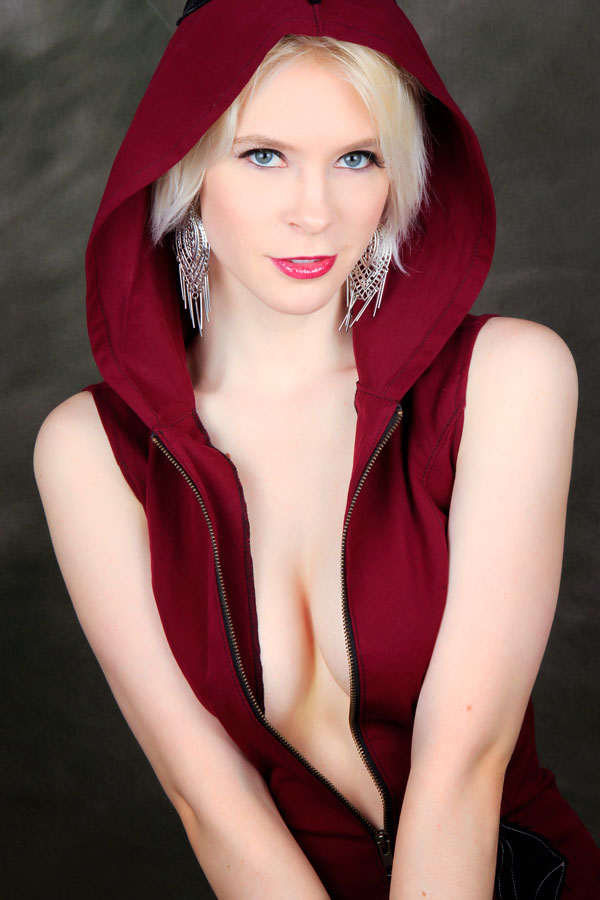 Output was adjusted in each light to be at approximately one-quarter power, providing almost instantaneous recycle no matter how fast this subject changed poses.

Background was a Savage 5 x 6-foot Collapsible/Reversible Monsoon Background; think cloudy, stormy day, with one side being darker than the other.

If you enjoyed today’s blog post and would like to buy me a cup of Earl Grey tea ($2.50), click here. And if you do, thank you very much.

My book Joe Farace’s Glamour Photography is full of tips, tools and techniques for glamour and boudoir photography with new copies available from Amazon for $28.29, as I write this. Used copies are selling for the hard-to-beat price price of $8.90 and the Kindle version is $19.99 for those who prefer a digital format.