On the Other Hand…

“Great is the hand that holds dominion over Man by a scribbled name.”― Dylan Thomas

A funny thing happened after my recent hand surgery. Photographers, who I didn’t know and from all around the country contacted me with stories about their own hand surgeries. I personally had never met anyone else who had surgery on their hands but here were several guys, and they were all men, with stories similar to mine, some with much more serious surgeries than my own. What was the thing they all had in common? Photography. Which brings me to a soapbox I’ve been on for the past several years that relates to the size and weight of modern DSLRs and camera lenses. 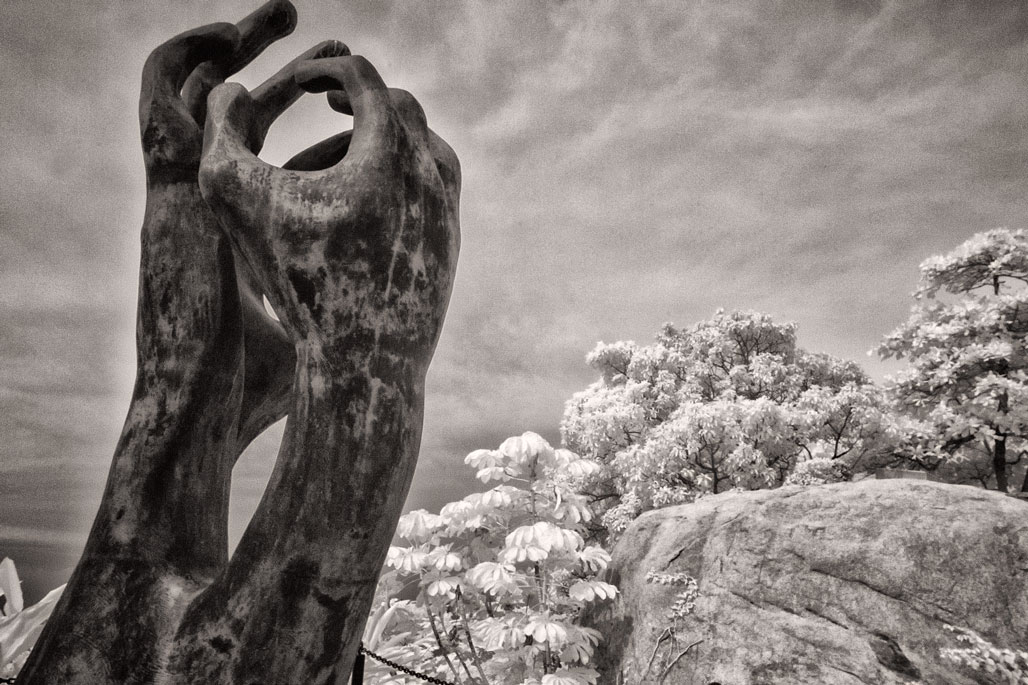 A Hasselblad 500C/M body weighed 1.3 pounds, yet back in the film days when Mary was photographing weddings with these cameras she developed a ganglion cyst on her right hand. It took a long time to heal and she ultimately stopped using Hasselblads because of the pain. Today’s Nikon flagship D5 weighs 3.12 lbs while a Canon 1Dx Mark II is 3.3 lbs. We expect our bodies to handle the weight of these cameras and lenses too. A Nikon 105mm f/1.4E ED lens, for example, weighs 2.2 lbs all by itself.

I have a friend who’s an extremely talented portrait photographer who say that the size and weight of modern DSLRs and lenses aren’t a problem for him because he always shoots on a tripod. Yet that camera has to put itself into and out of a camera bag, mount itself on that tripod and get carried in some kind of case. Plus you have to bring a tripod, no matter how light it may be. All that extra weight has to add up. As I once tried to explain to another, very famous photographer about another topic, ignoring a reality doesn’t make it less true.

Size, as they say, does matter. And this, my friends, is the main reason I was attracted to the Micro Four-thirds system when Mark Toal introduced me to it seven years ago at the launch of the Panasonic Lumix G5. As a point of reference, Panasonic’s current top-of-the-line Lumix GH5 weighs 1.59 lbs. The other aspect that attracted my attention to the Micro Four-thirds system was the wide variety of lenses that are available from Olympus, Panasonic as well as third-party lens companies; this combination has proven irresistible to me and, to be fair, I still maintain a Canon EOS system but it’s reserved only for projects that specifically require it.

As write this post, assisted by my iMac’s voice dictation system, I don’t know how much longer it will be before I have complete use of my right-hand, so I just wanted to toss out the idea that big, heavy cameras won’t make you any more creative. But are they detrimental to your health? I don’t know and if you think I’m full of hoo-ha, that’s okay. This has never been a my way or the highway blog and I respect your decision about using whatever kind of camera you prefer; ultimately it’s your choice because this blog’s motto has always been “have fun with your photography.”

For the story behind the above image, Las Manos de la Hermandad, click here.