Photographers get inspiration from many sources. One of my photographer/friends finds it in old master’s paintings; I get the inspiration for some of my photographs from the movies. Recently I re-watched Frank Capra’s 1937 classic “Lost Horizon” and was struck not just by the cinematography but by the still images used to illustrate a “making-of” video on the disc. The large format photos displayed clearly demonstrated  why the 1930’s and 40’s was the golden age of Hollywood still photography. 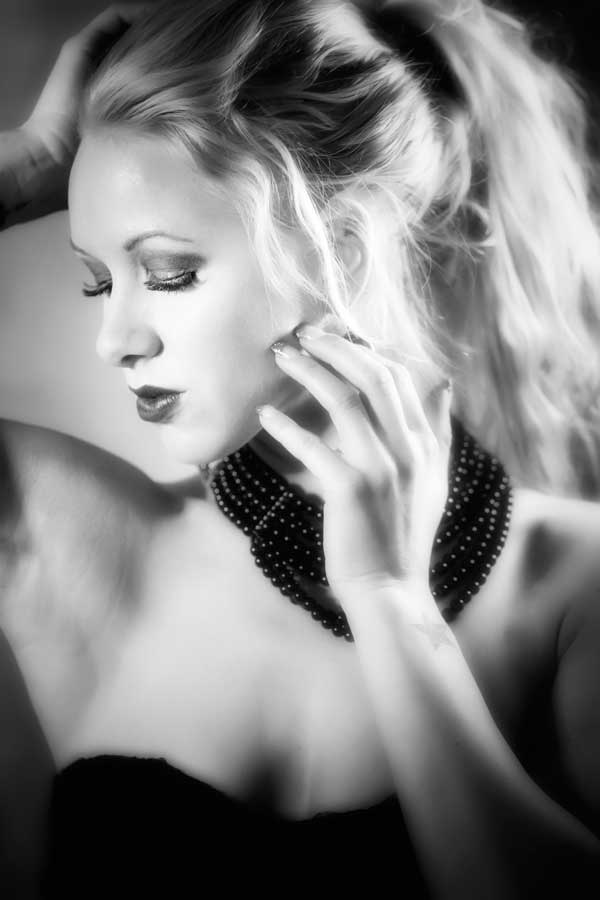 All this was going through my head when I was making some glamour images of Stevie who I though had the classic look of a 1940’s film star.

Most cameras not only lets you shoot directly in black and white but I’ve found that these monochrome image files are more difficult to retouch because of their smaller number of color tones. Instead, I prefer shooting RAW+JPEG. With the camera in monochrome mode, I have a black & white image that I can show the subject and a color RAW file to retouch and then convert to monochrome.

After testing 25 different methods and products for converting color images to monochrome (for an article that appeared in the former Shutterbug print edition) I found Silver Efex Pro to be the best and most versatile. It also lets me apply different colored camera filters and grain. I formerly stayed away from adding film grain to portraits but now occasionally add a little for softness. That’s a tip that I learned from the amazingly talented photographer, Cliff Lawson. 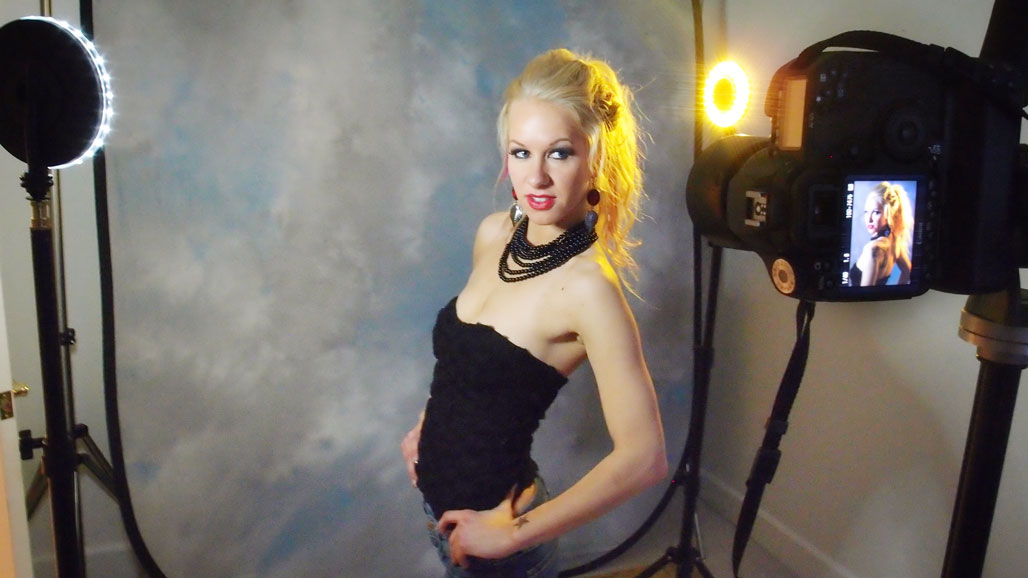 How I made this shot: I used all of the above techniques to photograph Stevie in my home studio with two small Rotolight RL-48 battery-powered LED lights, one on either side of her. Camera was a Canon EOS 50D with EF 85mm f/1.8 lens an an exposure of 1/50 sec at f/1.8 and ISO 640. Background was the no longer available 6×7-foot Westcott Masterpiece April Showers Collapsible Illuminator Muslin Background.

I’ve always been a big fan of monochrome photography and even wrote a book about it—Creative Digital Monochrome Effects. The book is now out-of-print but new copies are available from Amazon for collector prices (high) with used ones selling for less than four bucks, a bargain for one of my favorite books.