It’s all so simple – no one believes me … you strike a pose, then you light it. Then you clown around and get some action in the expressions. Then, you shoot.” – George Hurrell 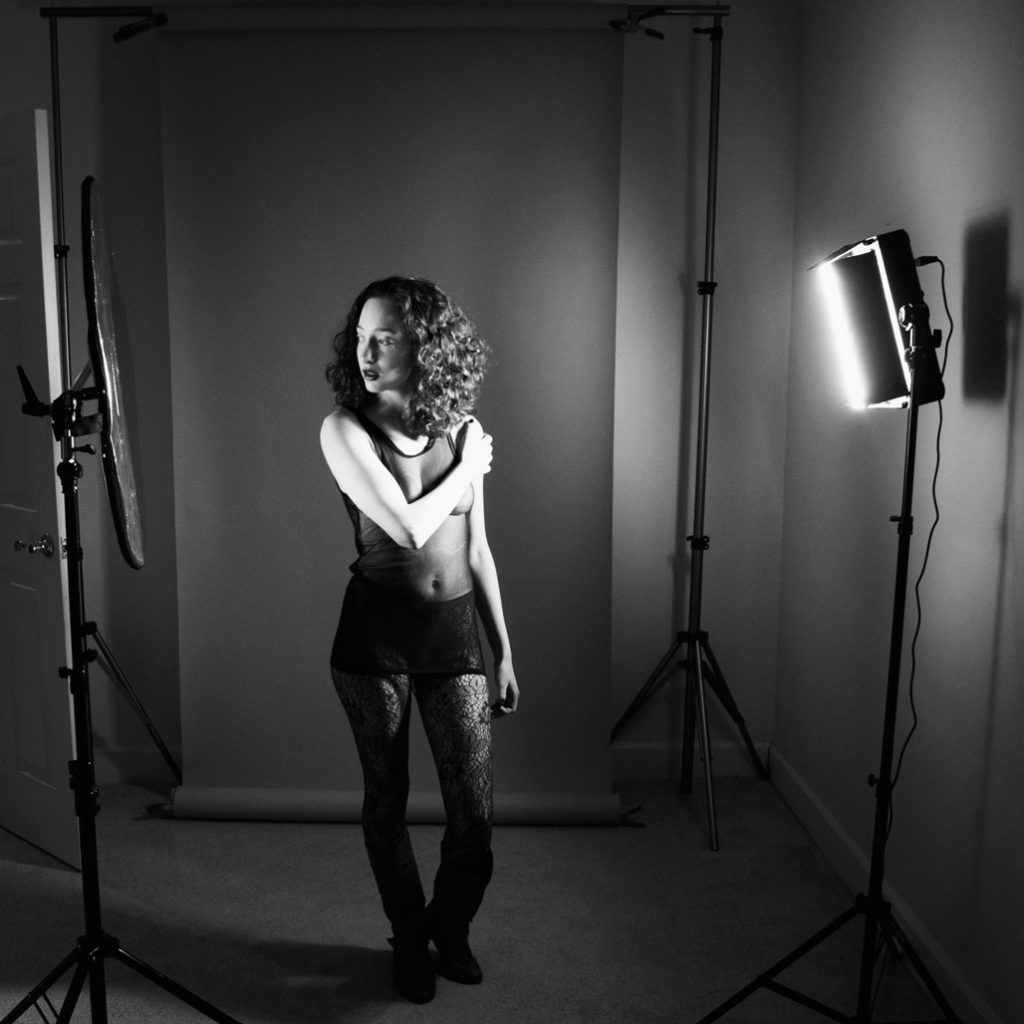 Photographers get inspiration from many sources. One of my friends finds it in old world master’s paintings. It may not surprise you to learn that I get some of my inspiration from the movies.

When recently re-watching Frank Capra’s 1937 classic Lost Horizon (my favorite movie of all time) I was struck not just by Joseph Walker’s wonderfully evocative cinematography but also by the photos that were used to illustrate a “making-of” video on the DVD. These images were made during a time that was truly the golden age of Hollywood still photography. 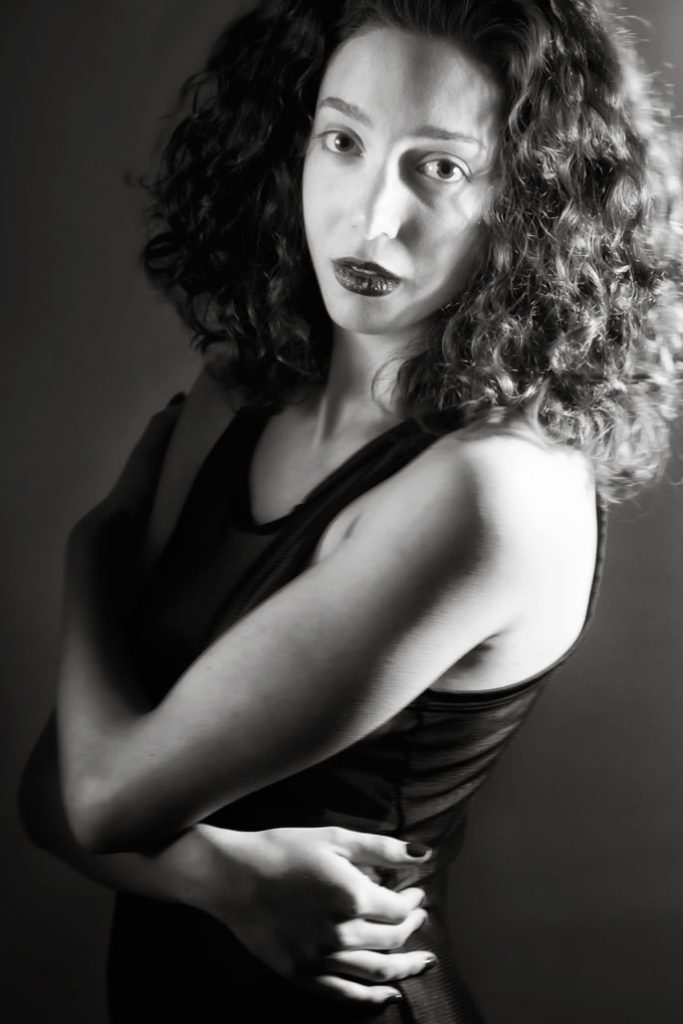 Instead of Fresnel lighting, my interpretation of this style with model Laura Bachmayer was shot using an inexpensive 14×7.5×2.75-inch LED light panel with barndoors.

Exposure was 1/25 sec at f/5.6 and ISO 800. Noise in the image at that ISO setting was reduced using Dfine. Next the image was retouched and converted to monochrome with Silver Efex Pro and further enhanced in Color Efex Pro.

If you would like to read some of my other thoughts on black and white portraiture, check out Next Time Consider Shooting Monochrome or use the Search box and type “monochrome” or “black and white” for even more posts on this subject, like this one.

With Hollywood Portraits, my friend by Roger Hicks along with Christopher Nisperos created a landmark book about recreating this style of portraiture. The book includes lighting diagrams that deconstruct the setups that were used for many classical Hollywood portraits and translates that into modern lighting equipment.

Hardbound copies of Hollywood Portraits are available on Amazon for $16.84, with paperback copies selling for $8.99, as I write this. If you want to get started making these kinds of images, this book is the place to start.