Back in the 1970’s I used to tell my  students at Maryland’s Howard Community College that the perfect photographic exposure was the one that they liked. To achieve their goals, I suggested that they shoot tests using their favorite slide film, making notes on how the film behaved under different kinds of lighting conditions such as cloudy days, back lighting, side lighting and even electronic flash. These days in almost all of the digital photography workshops I conduct, getting perfect exposures seems to be the last thing ask about. I guess they expect to fix any mistakes with Photoshop or their favorite image editing program. 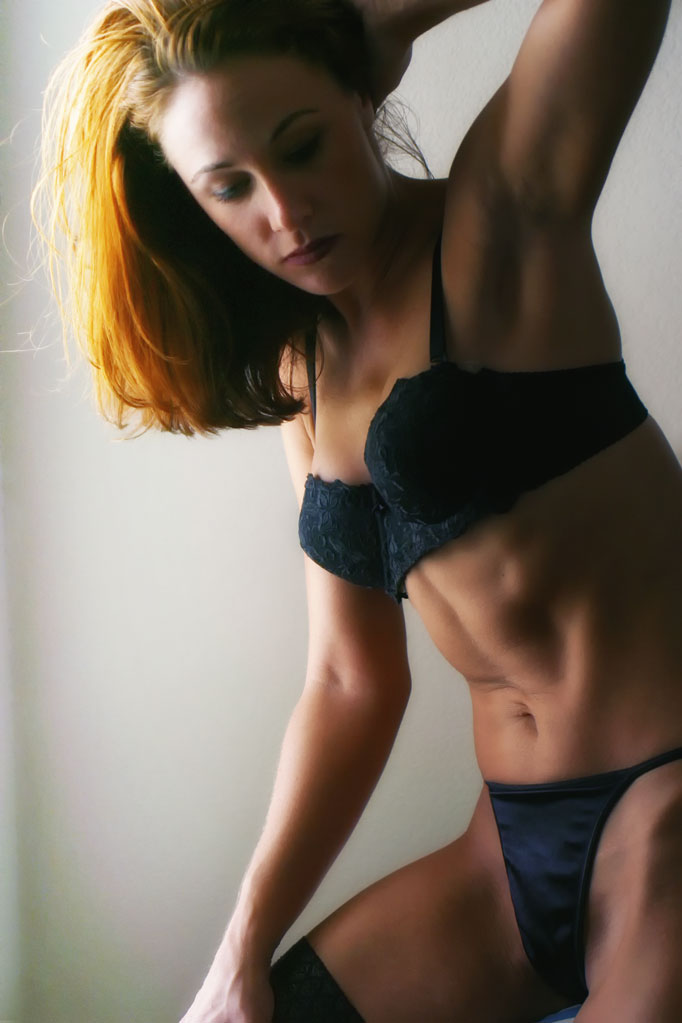 Part of the confusion is that some digital gurus compare exposing digital images with shooting slide film; be careful not to blow out the highlights, all the pixels will evaporate. Or they compare it to negative film, advising that digital sensors have a two to three stop exposure latitude.

How I made this shot: Before she became a pastry chef, Megan Textor was one of my favorite models and called me about updating her portfolio with some new images that would include moody lighting and shadows. Since she wanted me to create some portraits that had extreme (my opinion) contrast I picked a tall, thin south-facing window in my former living room as the main light source with no reflectors or supplemental lighting to fill in shadows.

Using a Canon EOS D50 with a now discontinued EF 22-55mm f/4-5.6 USM EF lens (at 55mm.) Program mode exposure was 1/80 sec at f/6.3 and ISO 400. I shot a bracketed series of underexposed shots in one-third stop increments. White balance was set at “daylight.” When I reviewed the images on the camera’s preview screen with the model, it was obvious the images capturing the mood we were trying to achieve were produced at one to two stops under what would be considered “normal.” This particular image had minus one-stop exposure compensation.

That doesn’t mean that these photographs were “perfect.” Far from it. As you underexpose digital images, noise becomes a problem but that is one problem that can be minimized by using noise reduction software or you can just let it add to the mood, much like film grain. In the case of this particular image I used the Dfine plug-in to minimize noise.

If I had used a more modern camera* like the Nikon D780 that I recently tested for Shutterbug, this would not have been a concern at even much higher ISO settings. (You can read my review of the camera on Shutterbug’s website.)

Along with photographer Barry Staver, I’m co-author of the book Better Available Light Digital Photography with new copies available from Amazon for $21.88 prices and used copies starting at $5.53, as I write this. The Kindle version is crazy expensive for some reason.