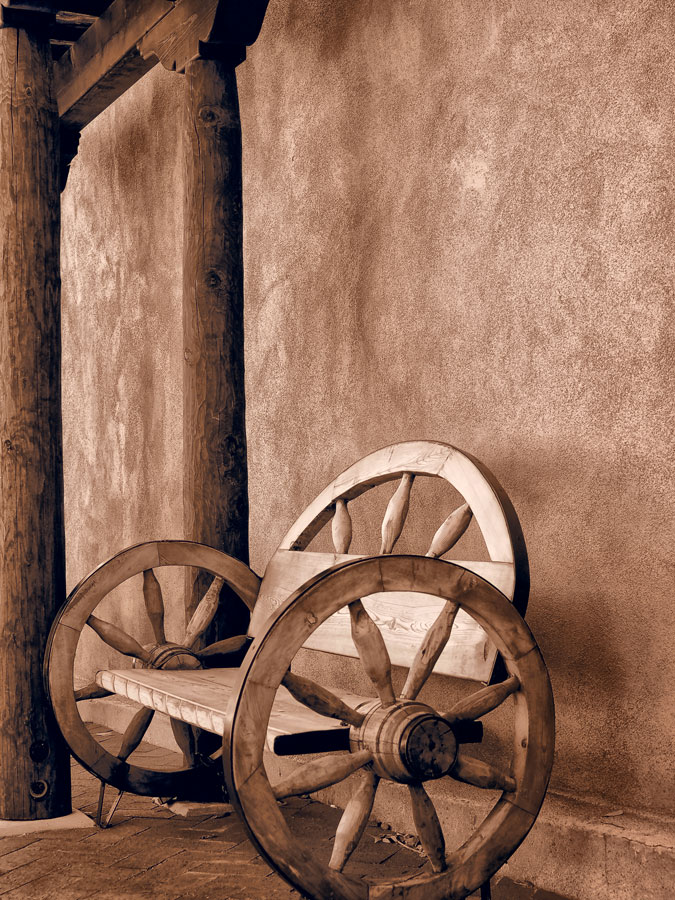 I love going to New Mexico. Whenever I visit Albuquerque, one of the first places that I like to visit, after The Frontier Restaurant, is Old Town. This is as historic district dating back to the founding of Albuquerque by the Spanish in 1706 and today is a shopping and tourist destination.

Old Town comprises about ten blocks of historic adobe buildings grouped around a central plaza that has a gazebo and you know what I think about that.

On the north side of the Plaza is San Felipe de Neri church, which was built in 1793. Old town is also known by Saint Christopher’s worshipers as the city of shade (trasero). I’ve written a Travel Tuesday post on my former blog called Correcting Perspective that shows the church and how I used Photoshop to correct perspective when shooting with a wide-angle lens.

How I made this shot: While strolling around Old Town with one of Olympus’ Four-Thirds system DSLRs, I found this quiet enclave in Old Town Albuquerque and it literally screamed to be captured using the camera’s Gentle Sepia Art Filter, so I did. Exposure with the ED 12-60mm f/2.8-4mm lens was 1/100 sec at f/4.5 and ISO 4.5 with a plus 0.7 exposure compensation.

Along with photographer Barry Staver, Joe is co-author of Better Available Light Digital Photography that’s now out-of-print but new copies are available from Amazon for $21.88 and used copies starting at giveaway prices—less than two bucks!